Fanack Home / Pollution in the Middle East & North Africa / In the UAE, Fighting against Air and Water Pollution is becoming Urgent

In the UAE, Fighting against Air and Water Pollution is becoming Urgent

The United Arab Emirates suffer from high pollution due to the exploitation of the country’s natural resources, its rapid population growth and high energy demand. Global warming has caused continuously rising temperatures, which create water contamination and a high demand for electricity. In addition, with the population’s general lack of environmental culture and the country’s polluting natural resources like oil, there is currently a lot to do to maintain decent conditions of living in the Emirates.

During the last days of 2018, 4,700 kilograms of marine litter, including 3,400 kilograms of abandoned and banned fishing nets and 1,300 kilograms of waste collected from the seabed, were removed from Abu Dhabi’s waters by 155 volunteers of various environmental protection associations. The trash was mostly composed of ropes, fishing nets, and iron and plastic pipes. It was not the first, but the eighth initiative of this kind organized in 2018 by the Environment Agency of Abu Dhabi (EAD) and the Abu Dhabi International Marine Sports Club (ADIMSC) through the “Together We Make a Difference” campaign.

“Preventing marine pollution is the first step towards promoting the protection and sustainable management of our local marine ecosystems, as well as human health,” Ahmad Al Hashemi, Acting Executive Director of the Environment Agency, told Gulf News at the time. “It is important that we keep our waters clean to ensure that Abu Dhabi’s threatened species, including our turtles, dugongs and dolphins continue to thrive in these waters. I would like to thank all our partners who supported this initiative, which builds on our founding father’s legacy of environmental protection and preservation.”

Sea water is not the only natural area to be heavily polluted in the UAE. The country’s air quality is very low and was even considered as “a primary environmental threat to public health” by the EAD in their 2017 State of Environment Report. The report concluded that the primary pollutants of concern in the UAE are particulate matter (small solid or liquid particles found in the air) and ground-level ozone (O3), which often exceeds the limits set by the UAE’s national ambient air quality standards. The report also noted that a significant amount of emissions in Abu Dhabi came from sectors involved in oil and gas production and refining as well as power generation, water desalination and industrial processes. Ruqaya Mohammad, the section manager for air quality, noise and climate change at EAD, who led the chapter on air quality, noted when the report was released: “It is anticipated that Abu Dhabi will grow in population and economy while simultaneously minimizing anthropogenic impacts on air quality.”

Following the report, the EAD and the government of the UAE decided to follow “a cross-sectoral approach to improve air quality by using the best technologies available, implementing the most suitable policies for regional conditions, extensive scientific investigation and close cooperation between government entities and the private sector”, according to Ruqaya.

Air pollution issues are not new to the Emirates. The country was named “country with the world’s worst air” by the World Bank’s annual 2015 report on global environmental indicators, known as the “Little Green Data Book”. The UAE ranked even worse than China or India, two countries famous for their bad air pollution and that usually lead this negative “competition”. According to the World Bank’s report, the UAE’s air contained 80 micrograms of pollutants per cubic meter at the time, which was slightly higher than China’s at 73 micrograms and almost three times India’s result, with 32 micrograms. The UAE has more heavily polluted air than that of many cities known as hotspots for smog, with haze or fog worsened by pollutants, because of its amount of dust and industrial activities as well as its number of cars rejecting polluting particles in the air. Polluted air in big cities is usually tempered by a vast quantity of trees and plants, but that is not the case in the UAE.

The UAE have shown public involvement in the matter of environmental protection, for example with the Abu Dhabi Sustainability Week, an annual event running since 2008. Held each January, it is the largest sustainability gathering in the Middle East and is dedicated to learning about the major social, economic and environmental trends shaping the world in sustainable development, as well as pushing world leaders to address the energy and sustainability challenges.

But in the 11 years during which the country has run Sustainability Weeks, very little has changed concerning the level of pollution in the UAE, making the yearly event look more like a PR exercise towards the rest of the world than real environmental policy. There is still a lot of things to do to really address the urgent challenges at stake in the Emirates. The country needs committed people and organizations to push both politices and private actions in order for sustainability to become real in the UAE.

One of the public figures committed to sustainability is Sheikh Zayed bin Sultan bin Khalifa, the 30-year-old chairman of the Alliances for Global Sustainability (AGS), who said during the 2019 sustainability week: “One of the challenges we are committed to is the short-termism of everything. We’re here in the present state and as long as things are going well, we’ll continue to look at it from that aspect, but if that is the case we are not quite grasping what we need to do and what we owe future generations […] This is our legacy, at the end of the day. And we don’t want people in a century or two to come back and judge us on the fact that we were well aware of where everything was headed and we hadn’t achieved the required steps to prevent it.” Projects developed by AGS are looking to contribute to national sustainability goals and to enact the country’s pledges to the Paris Climate Agreement, which the UAE along with 195 countries signed in 2016 to reduce global warming to less than 2 degrees by 2050. For the UAE, enacting these promises goes notably through recycling, and AGS has developed a model to convert plastic bottles, which rank among the worst polluters of the environment today, to food-grade PET (polyethylene terephthalate) pellets.

At other levels, the Dubai municipality is currently implementing four projects: the Dubai Deep Tunnel Storm Water System, the Waste Management Center, the Dubai Municipality Environmental Satellite and the Dubai Traditional Market projects. The first two have an environmental goal. The tunnel aims to collect and convey groundwater and stormwater surplus to store it, then direct it to the sea, so as to face future challenges caused by heavy rainfall over the next 100 years. The plant will consume the city’s solid, industrial and commercial waste and convert them into electricity. Its first line is planned to open by 2022.

Those various initiatives from public and private sectors show that, in the medium term and with sufficient motivation, the UAE could correct their fate and face a more livable future. 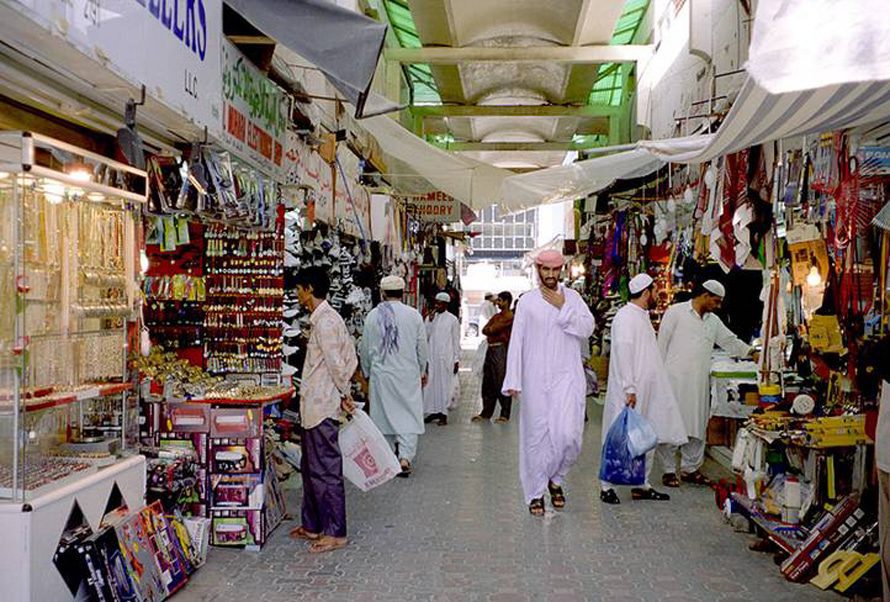 Population of the UAE
Fanack provides an overview of the UAE's population, including a description of its ethnicities and other demographics.