Although several countries viewed globalization as if it took a one-sided direction serving unipolar policies since its emergence, most countries have had to be engaged in globalization. This engagement is especially seen in economic and technological globalization. Consequently, globalization became inevitable for any country’s development.

In the 21st century, “Post Globalization” began to spread as a notion in social and economic books. Eric Casdyn and Imre Szeman were the most prominent popularizers of this notion with their book “After Globalization”. The notion doesn’t mean the end of globalization. Instead, it meant transforming globalization into other forms that don’t only serve certain policies or abolish nationalisms of certain countries. Those forms also engage these countries – with respect to their specificities – in developing the world across all fields. But, what about Arab countries and Arab youth?!

Despite the emergence of globalization and the beginning of the post-globalization era, its impact on the Arab society is still mild in most Arab countries. This impact was exclusive to using a few of the most recent technological inventions, or establishing some western factories on the Arab soil, with less taxes. In this context, globalization turned into slavery and economic subordination to these countries, overburdening by this the Arab youth. Because of that, youth cannot access trade and electronic globalization until this day, whether it’s due to a boycott imposed by the state or a one imposed by the international community.

On the most basic level, which is Arab youth individuality, you will find youth in some Arab countries like Syria and Yemen, completely incapable of buying an electronic copy of a book. They cannot work online without crooked ways to withdraw their earnings. In other words, globalization in these countries can only be described as lands for western institutes. In countries like the Gulf states, we will find that youth have a higher level of capabilities that qualify them for better future careers. On the other hand, youth in countries of lacking globalization have minor economic and educational capabilities and work opportunities. The impact here might appear to be just economic, but it is absolutely not. The more youth have educational opportunities, especially those supported with online training workshops from other countries, the more cultured they will be, and the more they will accept new values

In other words, the quality of economic globalization is mostly reflected in cultural and social globalization in any country. Generally looking at the Arab youth today, we will find them living in the sphere of beautifying the suppression of freedom and ambition in a social template imposed by their countries’ economies, the countries that incorrectly deal with the notion of globalization. 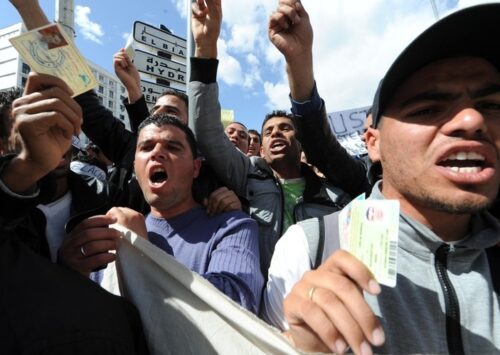 Education in Algeria: An Inherited Hybrid System from French Colonialism
Following independence, the state raised the banner of democratic education and promoted it throughout the country and a...