Fanack Home / Qatar and the Reconciliation Countries: Losses and Gains

Qatar and the Reconciliation Countries: Losses and Gains

During the boycott years with KSA, UAE, Bahrain, and Egypt, the small oil-rich emirate Qatar suffered heavy losses that are too early to be calculated. Some experts estimated the losses at more than a trillion USD in a boycott that lasted between June 2017 and the beginning of 2021.

During the crisis’ first months , Qatar liquidated about $3 billion of its investments in the US treasury securities. Moreover, the GCC emirate spent more than $40 billion of foreign reserves to support its currency and banks. The is equivalent to 23% of its GDP. As a result, the emirate ended the first year of the boycott with a surge in public debt of $17.1 billion.

Qatar resisted accusations of supporting terrorism by the Arab quadruple. Nevertheless, the effects of the boycott were quickly reflected in the most prominent indicators of the state’s macroeconomics. The GDP recorded a decline of 2.6 billion in 2017 measured by constant prices. A negative growth rate of 1.5% has been recorded in comparison with that of 2016. According to the World Bank data, Qatar recorded that year growth rate of 3.1% compared to 2015.

Not only that, the cumulative growth of the emirate’s GDP during the last 3 years of the boycott until the announcement of the reconciliation was zero (a Zero Economic Growth).

With a decline rate of 2% compared to 2019, there is no doubt that the Qatari GDP’s decline in 2020 was consequential to the effects of the boycott and the repercussions of the Covid-19 pandemic.

During the crisis, the real estate and retail sectors were also damaged. Shopping malls and hotels, which were packed with Saudi and Emirati tourists sometimes, were almost empty. Real estate prices also fell sharply, given the oversupply in the period leading up to Qatar’s hosting of the World Cup in 2022. In addition, Qatar Airways recorded annual losses after the state-owned company was forced to change routes and redirect many of its flights. In fact, this led to a simultaneous increase in length and cost of flights. This prompted the company to submit a request for an international arbitration in July 2020 against KSA, UAE, Bahrain, and Egypt, as these countries halted the operations of Qatar Airways in their markets. They also closed their airspace to Qatar’s aircraft. As a result, Qatar demanded a $5 billion compensation from these countries.

Since the boycott between the two sides of the crisis was a war of stubbornness and biting fingers, everyone seemed to lose in the end. Both Bloomberg and The Economist reported huge financial losses for UAE and KSA since the end of the first year of the boycott. At the same time, the UAE lost a significant part of real estate investments by losing its major Qatari investors. Moreover, the UAE recorded an annual loss of $1.1 billion due to the suspension of Qatari tourism to Dubai. When it comes to KSA, the kingdom lost the Qatari market as a hub for selling its food and dairy products. This should be added to the loss recorded in the construction market. The collapse in oil prices deepened these two countries’ losses resulting from the boycott. Egypt also lost an important market for its agricultural products. In addition, Egypt Air lost transporting more than 300 thousand Egyptians working in Qatar.

For reasons that speculations fail to decipher, the blockade on Qatar has been lifted earlier this year. Commercial and diplomatic relations between that the two sides have been resumed. Some claims that such a decision has had either an economic background or a geopolitical one. The doubt might be referred to the ambiguity surrounding the terms of reconciliation and the continuation of the main obstacles that caused the outbreak of the crisis. However, no one denies that all parties will benefit from the reconciliation. Airlines’ losses are expected to decrease, although the Corona pandemic repercussions still cast a shadow on the global travel sector’s returns with the emergence of the virus new variants. Fitch Ratings Agency expects an increase in tourism flows and real estate market support in the Gulf region. 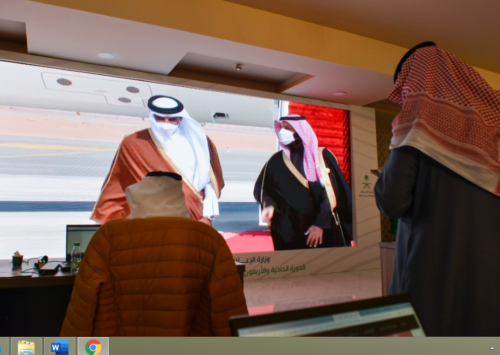 An End to the Blockade on Qatar, Not the Crisis
Analysts, however, note that reconciliation has far from resolving the crisis. In the immediate term, the move was to al... 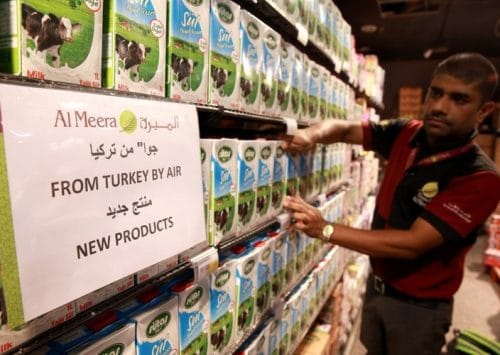 Amid Diplomatic Crisis, Qatar’s Economy Holding Up to Blockade
Despite alarmist media coverage, it may not be Qatar’s economy that suffers the most, although state-owned Qatar Airwa... 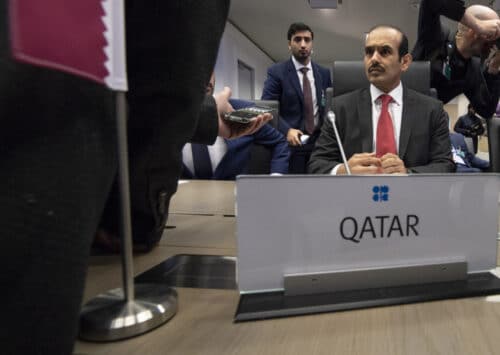 Qatar Divorces OPEC to Focus on Gas
In the next five years, Qatar aims to increase its LNG output from 77 million tonnes per year to 110 million. Write says...