Fanack Home / Qatar / Past to Present of Qatar / Foreign Policy

Former Emir Hamad bin Khalifa’s foreign policy was characterized by a steering away from dependence upon other Gulf States – especially Saudi Arabia – while further developing its strong relationship with the United States. Economic ties between the countries are extensive, especially in the hydrocarbons sector. In addition, military ties are strong. Qatar served as the operating centre for American military operations in both Afghanistan and Iraq. As a result, it replaced Saudi Arabia as the United States’ key military ally in the Gulf.

Since the mid-2000s Qatar has become an actor and mediator in regional conflicts across the Middle East and in North Africa. Qatar was instrumental in securing the support of the Arab League for a NATO intervention in Libya in March 2011. Together with the United Arab Emirates, it deployed its air force in that intervention, aiding the operations led by Western forces that brought down the Libyan leader Muammar Gaddafi. Qatar also funded Libya’s opposition, sent arms to Libya, and trained its rebels. With the help of Qatari funds, Libya TV was set up to counter Gaddafi’s propaganda. After the fall of the Gaddafi regime, Qatar was the first Arab state to recognize Libya’s National Transitional Council. With these moves, Qatar for the first time took sides overtly, actively intervening in affairs.

Earlier, Qatar had brokered a political settlement in Lebanon in May 2008, mediated in conflicts in Darfur (2010) and Yemen (2011, in cooperation with Saudi Arabia) and headed talks between Fatah leader (and PNA president) Mahmoud Abbas and Hamas leader Khaled Mashal. In February 2012 this resulted in an agreement between the two rivals to share power. Representatives from the Taliban have met US officials in Qatar and have shown interest in opening a political liaison office in Doha, to facilitate negotiations. Qatar also played an important role in the Arab League’s decision to suspend Syria’s membership, after it had recalled its ambassador from former ally Syria after the latter’s crackdown of popular protests.

Qatar’s success as a conflict mediator has been facilitated by its vast financial resources. Contending parties are offered financial incentives to the reach agreement. The personal involvement of the leader of Qatar is evident.

Qatar’s efforts suggest that the country has been positioning itself as a new regional player which maintains (friendly) ties with opposing powers including Iran, the United States and Hezbollah. This new role has been part of its national security strategy. Qatar sought to take over from ‘conventional’ regional actors such as Egypt and Saudi Arabia, which previously acted as mediators in Lebanon, Syria, Sudan and between Palestinian factions.

Qatar has consequently gained influence in strategic areas. For example, it supplanted Egypt’s historically grounded sphere of influence in Sudan, thus gaining the opportunity to buy up farm land for food security purposes. In Lebanon mediation efforts were followed by substantial investments.

At the end of 2011, Qatar suddenly broke its alliance with pro-Iranian Syria. Some critics accordingly assume that Qatar has been attempting to weaken the ‘Shiite’ powers in the region, beginning with Syria. Like other Sunni-led Gulf States, Qatar has been wary of the influence of Shiites and of Iran (the most powerful Shiite state), although it does have good trade relations with Iran. It supported the crackdown of the protest movement organized by disadvantaged Shiites in Bahrain by taking part in the Gulf Cooperation Council (GCC) military intervention. Others think that Qatari support was motivated to support the Muslim Brotherhood within the Syrian opposition.

Indeed, depending on what is at stake politically, Qatar acts a mediator, a facilitator of regime change, as well as a counter-revolutionary force to prevent fundamental political change. In recent years, however, Qatar has increasingly emerged as a staunch supporter of the Muslim Brotherhood, not only in Syria, but also in Egypt, after Muslim Brotherhood candidate Mohammed Morsi was elected president of Egypt. Qatar supported Egypt with investments worth some 10 billion USD after Morsi came to power.

Since the accession of Emir Tamim, July 2013, Qatar has faced a new political reality in the region. The forces in the region that Qatar had staunchly supported—the Muslim Brotherhood in Egypt, Sunni rebels in Syria and other Islamist groups—have lost ground.

The ousting of Egypt’s first freely elected Muslim Brotherhood president, Mohammed Morsi, in July 2013 amounted to a geopolitical defeat for Qatar. The new regime of Abdel Fattah al-Sisi has relied on the financial support of the United Arab Emirates, Kuwait and Saudi Arabia, who, in contrary to Qatar, oppose the Muslim Brotherhood. In addition, journalists of the Qatari news channel Al Jazeera have been arrested in Egypt. The Palestinian Islamist group Hamas, supported by Qatar, has lost Egyptian support since the ousting of Morsi, who had good relations with Hamas. Morsi had successfully brokered a ceasefire after the Israeli operation against Gaza in November 2012, while the regime of Abdel Fattah al-Sisi is hostile towards Hamas.

The position of Sunni rebels in Syria, supported by Qatar, has weakened since the al-Assad regime has regained control over strategic areas of Syria (particularly Qusayr). The leadership of the Syrian National Coalition, Syria’s political opposition, was replaced when Saudi-backed Ahmad Jarba was appointed its head, leading to a weakening of the Muslim Brotherhood–led wing of the Coalition.

This has pushed Qatar to reconsider its policies. While Qatar has, according to the Financial Times, spent over 3 billion USD over the past two years supporting the Syrian opposition, Qatar has reduced its support for regional Islamist groups.

Despite this, Qatar’s continuing support for the Muslim Brotherhood, Syrian opposition, and the Palestinian Islamist group Hamas (whose leader, Khaled Meshaal, resides in Qatar) has led to deterioration of relations with other GCC states. On 5 March 2014, Saudi Arabia, the UAE, and Bahrain withdrew their ambassadors from Qatar. Members of the GCC had earlier agreed (in the 2012 Gulf Security Agreement) not to interfere in other Gulf countries, support groups that threaten regional stability, or host “hostile media.” Qatar’s neighbours see its support for the above mentioned forces and its hosting of the Al Jazeera network as a threat to regional stability.

Qatar has been under pressure to deport residents who are known members of the Muslim Brotherhood and to strengthen control over media outlets that criticize Gulf states and the military coup in Egypt, in exchange for mending its relationship with the three countries.

In mid-July 2014, during the war on Gaza, Qatar attempted to broker a ceasefire between Israel and Hamas, after Egypt had initiated a rival plan. 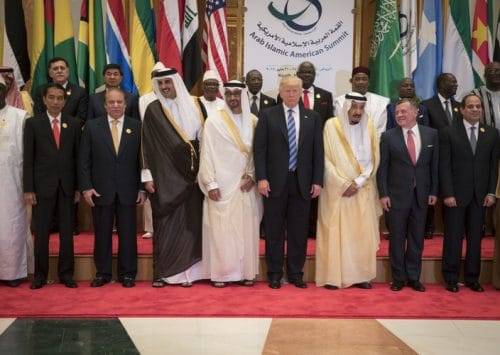 Qatar’s Foreign Policy: Why It Matters for the Region
Qatar adopted an ‘open foreign policy’, relying mostly on soft power tools such as the media, diplomacy, economy, humanitarian aid and generous donations. Doha’s strategy was to maintain good relations with all of its neighb...