Qatar’s Foreign Policy: Why It Matters for the Region

Like other Gulf states, Qatar’s foreign policy was generally aligned with Saudi Arabia’s foreign policy until the mid-1990s. After coming to power in 1995, Emir Hamad bin Khalifa al-Thani took Qatar in its own direction, marking a turning point in the country’s foreign policy discourse.

Under Hamad, Qatar adopted an ‘open foreign policy’, relying mostly on soft power tools such as the media, diplomacy, economy, humanitarian aid and generous donations. Doha’s strategy was to maintain good relations with all of its neighbours, regardless of their contradictory policies towards each other, notably Iran and Saudi Arabia. In addition, it aimed to form alliances with major powers such as the United States, China and the European Union, and medium powers including Russia, Iran and Turkey, while working on creating its own unique brand.

The first building block of this strategy, which served as a major game changer, was the foundation of al-Jazeera, a state-owned news media company. This thrust Qatar into the regional and international limelight, securing the tiny state a reputation as an influential player in Middle Eastern politics.

Based on principles set out in the Qatari constitution, Hamad presented the nation as an agent of peace and stability in a region that has known little. However, what Hamad envisioned as a zero-enemy foreign policy was seen by others as contradictory. For instance, although Qatar had strong and close ties with the West, it maintained ties with several of the West’s adversaries, including Iran, Hezbollah, Hamas and the Muslim Brotherhood. He also allowed the Afghani Taliban to set up a political office inside the state. According to a leaked document published by the New York Times, Qatar has the worst record of counterterrorism efforts in the region. Qatar’s justification for this is that it is ‘hesitant to act against known terrorists out of concern for appearing to be aligned with the US and provoking reprisals’.

These ties were connected to its peace brokering and peacekeeping activities, switching gears from an observer into a regional mediator in conflicts from Yemen to Eritrea. Among the major achievements of this foreign policy were the May 2008 Doha Agreement on Lebanon, which put an end to an 18 month political deadlock that saw the worst violence since the 1975-1990 civil war, and the 2007 release of five Bulgarian nurses and a Palestinian doctor detained in Libya.

Yet when the Arab Spring erupted in 2011, causing a major shift in the region’s political landscape, Qatar’s foreign policy shifted too. From being a conciliatory mediator, it assumed an active role in the events. The Arab Spring put the status quo preferring Gulf monarchies in the uncomfortable position of having to choose to side with their allies – longstanding autocratic regimes – or with the popular democratic movements. It was uncharted territory and added to the chaos around the region.

Qatar’s decision to side unanimously with the revolutionaries – regardless of their backgrounds –significantly clashed with its allies Saudi Arabia and the United Arab Emirates (UAE). In Egypt, for instance, Doha supported the Muslim Brotherhood, standing firmly with President Mohamed Morsi during his short lived tenure. Following the military coup led by General Abdel Fattah al-Sisi in June 2013, the diplomatic relations between the two countries remain strained and have been further complicated by Doha’s relentless criticism of the Saudi-backed Egyptian military leader.

In Tunisia, Qatar supported the Islamist Ennahda party, which claimed victory in the first election after the uprisings, and stood with the revolutionaries against President Bashar al-Assad in Syria. As the Syrian revolution transformed into a full-fledged civil war, which saw radical Islamist factions seize considerable territory in the country, Qatar gained a reputation for backing al-Qaeda extremists, which affected its global standing.

Doha’s backing of the Palestinian Hamas movement, considered an offshoot of the Muslim Brotherhood and officially designated as a terrorist group by the US, the EU, Canada and Israel, has strained many of Doha’s relations regionally and internationally. Qatar has provided a safe haven, a home base and an economic lifeline for the embattled movement, especially since the fallout between the movement’s officials and its previous sponsors (Iran and the Syrian regime) due to its support of the Syrian revolution.

Moreover, Doha’s support of the Muslim Brotherhood rankled its Gulf Cooperation Council (GCC) peers. The rift came to a head in March 2014, when the UAE, Saudi Arabia and Bahrain withdrew their ambassadors from Doha. They accused Doha of breaching the GCC’s security agreement and violating its principles of ‘unified destiny’, according to a joint statement issued by the official Saudi news agency. Saudi Foreign Minister Prince Saud al-Faisal was quoted as saying that the diplomatic crisis will persist “as long as Doha does not revise its policy”.

It was not the first time Saudi Arabia had made such a move. In 2002, it also withdrew its ambassador from Doha for five years, in protest at al-Jazeera’s coverage, which it accused of being pro-political Islam, and its support of the Muslim Brotherhood, a group Saudi Arabia and the UAE consider to be a ‘terrorist organization’.

Further, in late August 2014, Qatar faced mounting pressure to implement the Riyadh Agreement, an accord brokered earlier that year in which Qatar agreed to make a number of changes to its foreign and domestic policies. On 6 September 2014, Qatar was given an extra week to begin implementation. Tamim bin Hamad al-Thani, who became emir in June 2013 after his father’s abdication, complied, announcing a week later that seven leading members of the Egyptian Muslim Brotherhood had been given seven days to leave the country. Tamim also flew to Riyadh to reassure the Saudi king that Doha had done everything it was asked to do to cut ties with Islamist groups.

In addition to toning down attacks on the Egyptian regime in al-Jazeera broadcasts, Qatar appeared to comply with the key tenets of the Riyadh Agreement. Michael Stephens, head of the Royal United Services Institution in Doha, told the Guardian newspaper, “The Qataris have been forced into a situa-tion where they have had to step back. They tried as best they could to maintain their foreign policy without interference from other parties, but they were always going to have to make some kind of compromise.”

The most recent twist in relations between Qatar and its Gulf counterparts came a couple of days after the Riyadh Summit on 20-21 May 2017, which was attended by United States President Donald Trump and 55 other leaders from the Arab and Muslim world. On 23 May 2017, Saudi Arabia and the UAE blocked several Qatari websites, including al-Jazeera, following statements allegedly made by the Emir of Qatar criticizing Trump and describing Iran as a force for stability in the region.

Qatar claimed that its state-run news agency had been hacked and that the report quoting the emir was fabricated. However, Riyadh and Abu Dhabi rejected this explanation and launched a relentless campaign again Qatar and its foreign policy through their own news agencies, al-Arabiya and Sky News Arabia, accusing the emirate of supporting religious extremism and terrorism.

It is not the first time that Qatar has been at odds with its Gulf neighbours, mainly over the extent of its support for the Muslim Brotherhood. However, this issue seems to have been brought into sharper relief by Trump’s call for Gulf states to do more to fight extremism, a call Doha will struggle to fulfil if it refuses to cut ties with Hamas and the Muslim Brotherhood.

Aged just 33 when he took over from his father, Tamim inherited a package of strained relations with different regional and international powers. However, he has worked hard to denounce the charges that Qatar supports extremism. Under his leadership, Doha has stepped back somewhat from international politics and its foreign policies have been rationally reshaped in accordance with changing priorities.

Qatar now plays an important role in Syria and Iraq as an interlocutor between Western powers and different groups that cannot be engaged directly by Western or regional governments. 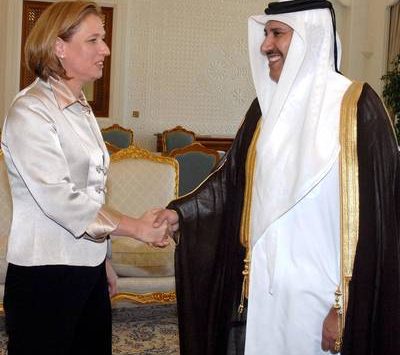