Oil to the rescue

If it wasn’t for oil, the Al Thani might have been left with little more than bleached desert plains and some destitute fishing settlements. But oil revenues did not come quick and easy. Abdullah had to hold out until 1949 before oil production on a commercial scale began. In 1949, Abdullah clashed with the British oil company when he granted an offshore concession to an American competitor. The money involved – which went straight to the Sheikh’s personal bank account – led to increased allowance demands by family members. When Abdullah refused to comply with their wishes, they threatened him with an armed rebellion. Abdullah  turned to the British for support. Britain, always eager to strengthen its position on de crucial sea route to the Asian part of its Empire, backed up Abdullah, who in return granted Britain political control over Qatar’s internal affairs. The British immediately started to set up a rudimentary colonial administration, focusing on security and financial control.

In 1949, a battle-weary Abdullah abdicated, taking all the state funds with him. Ali, who succeeded him, was a weak ruler. He was almost continuously looking for cash to buy off his dissatisfied family members. In 1956, he faced a popular revolt when pan-Arabists and reformists sided up with disgruntled members of the ruling family. This made Ali rely more and more on British protection. At the same time he started preparing his son Ahmad for rulership, while spending most of his time in the relative seclusion of his father’s palace in al-Rayyan. When the oil revenues declined after 1958, Ali felt he was no longer able to control his family. Two years later he abdicated in favour of Ahmad.

This succession was contested within the family. In an attempt to appease them, Ahmad decided to allocate 25 percent of oil revenues directly to the other Al Thani members. This royal distribution policy necessitated radical cutbacks in public spending, leading to dissatisfaction among the overall population. In 1963, opposition leaders set up a National Unity Front and called for a national strike. Ahmad reacted by exiling the opposition leaders and jailing fifty notables. The workers were placated with promises of reform. But discontent lingered on. Ahmad began to spend most of his time abroad, leaving day-to-day rule to his cousin Khalifa bin Hamad. 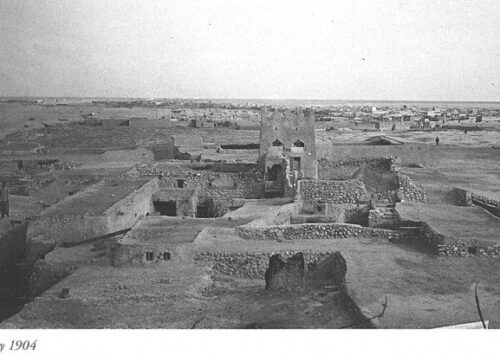