Fanack Home / Qatar / Past to Present of Qatar / Saudi Arabia Looks to End the Gulf Crisis, but can it?

Saudi Arabia Looks to End the Gulf Crisis, but can it?

Qatar and Saudi Arabia are inching closer to ending the 3 ½ year Gulf crisis that has exacerbated divisions in the region. An announcement by Kuwaiti officials in early December 2020 stated that Riyadh and Doha have “confirmed an agreement” to reach a solution that restores “Gulf solidarity.”

Kuwait has mediated the dispute since Saudi Arabia, the United Arab Emirates, Bahrain, and Egypt imposed a full diplomatic and political blockade against Qatar in June 2017. The quartet were furious with Qatar for supporting the Muslim Brotherhood across the region, maintaining warm ties with Iran and broadcasting criticism of their regional allies on its state-sponsored news network Aljazeera. Gulf countries are also reportedly angry that Turkey has established a military base in Qatar.

The Saudi Foreign Minister nonetheless said that an agreement with Qatar was within reach, but analysts remain skeptical that the Gulf dispute will come to a definitive end.

Andres Krieg, a lecturer at King’s College London and a Gulf analyst, believes that the two sides have merely agreed to tone down their hate-campaign against each other. Riyadh may take an additional confidence building measure by opening its air and land border with Doha. However, no compromises have been made on the core issues that spawned the dispute. That raises concern over whether a sustainable peace with Qatar can be achieved. But Qatar’s Gulf rivals may have little choice but to end the dispute since a less friendly U.S administration is assuming office in January 2021.

“Now that Biden is coming in, there is more pressure on Saudis to show goodwill and show that they are a constructive partner in the Middle East,” Krieg  told CNBC.

Now MBS is seeking to repair his image by establishing good relations with the Biden administration, according to one advisor to Saudi Arabia and the UAE. The advisor told the Financial Times that Riyadh’s rapprochement with Doha was intended to be a ‘gift for Biden.” He added that MBS feels threatened following the Democrat’s resounding election victory.

Another analyst that is close to the Saudi ruling family, Ali Shihabi, said that Riyadh has long been trying to resume diplomatic ties with Qatar. “For some time, (Riyadh) has been working on closing many hot files and clearly this is one,” he told FT.

“The Saudis are being pragmatic here in the same way that the Qataris are pragmatic,” added Krieg. “There is an understanding that a united Gulf front still serves everyone more than spending millions of dollars in trying to undermine each other’s positions.”

The UAE appears less enthusiastic about making concessions with Qatar to achieve ‘peace.’ The Emirates are led by the Crown Prince of Abu Dhabi Mohammad bin Zayed, a man that experts believe instigated the blockade against Qatar. Abdulkhaleq Abdulla, an Emirati political scholar who serves as a microphone for the Emirates, tweeted on December 6 2020 that Gulf reconciliation won’t move ‘one millimetre’ without the blessing and consent of the UAE. Two days later, the Emirates struck a different tone, with one official saying that the UAE appreciates Kuwaiti and U.S attempts to strengthen Gulf unity. The Foreign Minister of Egypt, which has outlawed Aljazeera from the country, also stated that he ‘hopes these commendable efforts will result in a comprehensive solution that addresses all causes of the crisis.”

That’s unlikely. Doha could cut off ties with some Muslim Brotherhood leaders, just as it did to put an end to the last diplomatic spat with the Saudis and Emiratis in 2014. But Qatar isn’t ready to downgrade its relations with Iran or completely close off communication with non-state groups and Islamists. Qatar instead hopes to replace Oman as a dependable mediator between rival sides in the Middle East. The emir is particularly looking to bridge divisions between U.S President-elect Joe Biden and Iran, according to analysts.

It’s all part of Qatar’s foreign policy that attempts to boost its soft power, so that it can wield real influence in the region. Becoming a hub for diplomacy is vital to that vision.

“This includes unofficial and official talks between groups such as Hezbollah and the Lebanese government in 2008, the Taliban and the Afghan government, most recently in 2020, Hamas and Fatah, and Darfur rebel groups and the Sudanese government in 2009,” Noha Aboueldahab, a fellow at the Brookings Doha Center, told Foreign Policy.

“Severing ties completely with another country has never really been a typical attribute of Qatari foreign policy,” she added.

Qatar’s regional ambitions doesn’t mean that it isn’t ideologically invested in the Arab world. Beyond acting as a peacemaker, Qatar has supported U.S designated terrorist groups such as Jabhat Al-Nusra in Syria and has backed Islamist political parties across the region.

Meanwhile, Riyadh and Abdu Dhabi have poured billions of dollars to prop up ruthless tyrants such as Egypt’s Abdel-Fatah Al-Sisi, Libya’s rouge General Khalifa Haftar, and Sudan’s military leaders following the ouster of former dictator Omar Al-Bashir in April 2019. Both Saudi Arabia and the UAE have long feared that popular revolts could inspire demonstrations in their own countries. Qatar, for its part, refuses to operate as a satellite state of Saudi Arabia. The core issue of the Gulf crisis thus remains the same as it has always been. 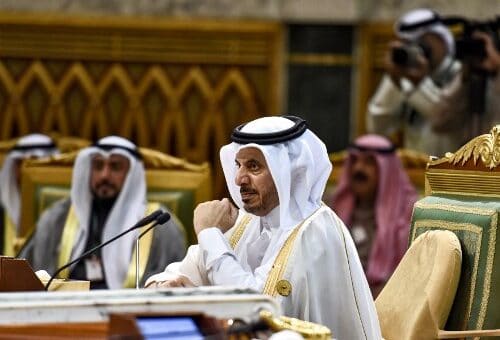 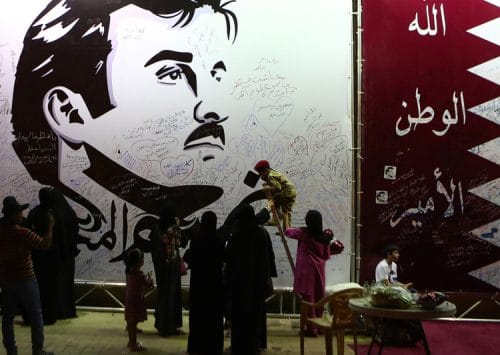 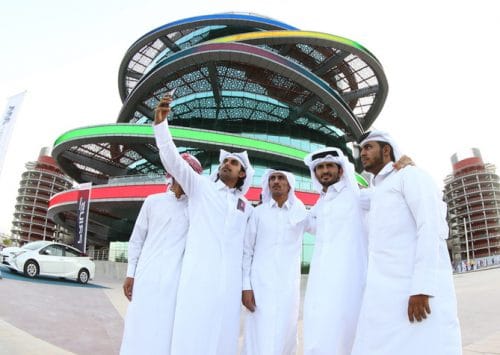 Sport Rivalries in the Gulf: A Clash of Politics and Egos
Saudi Arabia, Bahrain and the UAE are committed to isolating the tiny emirate in every way imaginable. But Dorsey believ...