The Islamic history of Qatar begins after Muslim armies conquered the small peninsula in the 7th century CE. The people of Qatar seem to have followed their tribal leaders in embracing the new religion. However, classical Arab written sources are remarkably silent about Qatar. It is only in early modern times that the haze enveloping most of Qatar’s history slowly starts to dissolve. In the 18th century Qatar was under the waning influence of the Bani Khalid tribe of north-eastern Arabia. 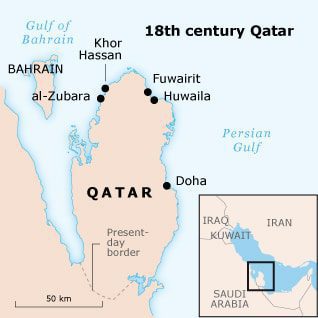 Their distant kin inhabited Qatar’s then largest town, Huwaila, on the north coast. There were also two tiny fishing and pearling communities in Qatar: Fuwairit on the northern tip of the island, and Doha on the east coast. Their inhabitants were of mixed tribal origin. The peninsula of Qatar seems to have served as a place of refuge for tribes and clans from the mainland, trying to escape domination by powerful neighbours.

Around 1760, some branches of the Bani Utba (or Utub) tribal confederation – with the Khalifa and the Jalahma clans most prominent among them – left Kuwait for the Qatar peninsula. The Utub created a settlement called al-Zubara on the north-western coast of Qatar, which they developed into a trade and pearling centre. The commercial importance of the port grew after Persian armies occupied Basra in 1776 and many of Basra’s merchants fled to al-Zubara. Continuing hostilities between the Persians and the Bani Utba (or Utub) – in both Kuwait and Qatar – eventually led to a successful Utub invasion of Persian controlled Bahrain in 1783. The Utub subsequently left al-Zubara for the more economically viable Bahrain islands. The Al Khalifa branch rules the islands to this day. Until 2001, Qatari sovereignty over al-Zubara was disputed by Bahrain.

The Jalahma clan returned from Bahrain to Qatar around 1785. Rather than settling down in al-Zubara – which became an Al Khalifa dependency –, the Jalahma created a new settlement a few miles north which they called Khor (Khawr) Hassan or ‘beautiful inlet’. With their local leader Rahma bin Jabir, Qatar’s first national hero enters the stage. Rahma developed Khor Hassan into a naval base for attacking merchant ships throughout the Gulf, especially those of the Khalifa family. In his lifelong battle with the Khalifa family and their supporters in Kuwait, Rahma needed powerful allies. Rahma consequently linked up with the Wahhabi movement from Najd when this politico-religious alliance invaded Qatar in 1787. In 1809, Rahma and the Wahhabis conquered al-Zubara and brought the whole of Qatar under joint control. 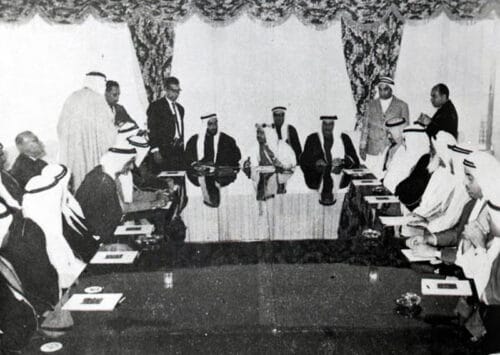 Rise of the Thani family
From 1850, the history of Qatar is characterized by the slow but gradual rise to power of Mohammed bin Thani and his des...