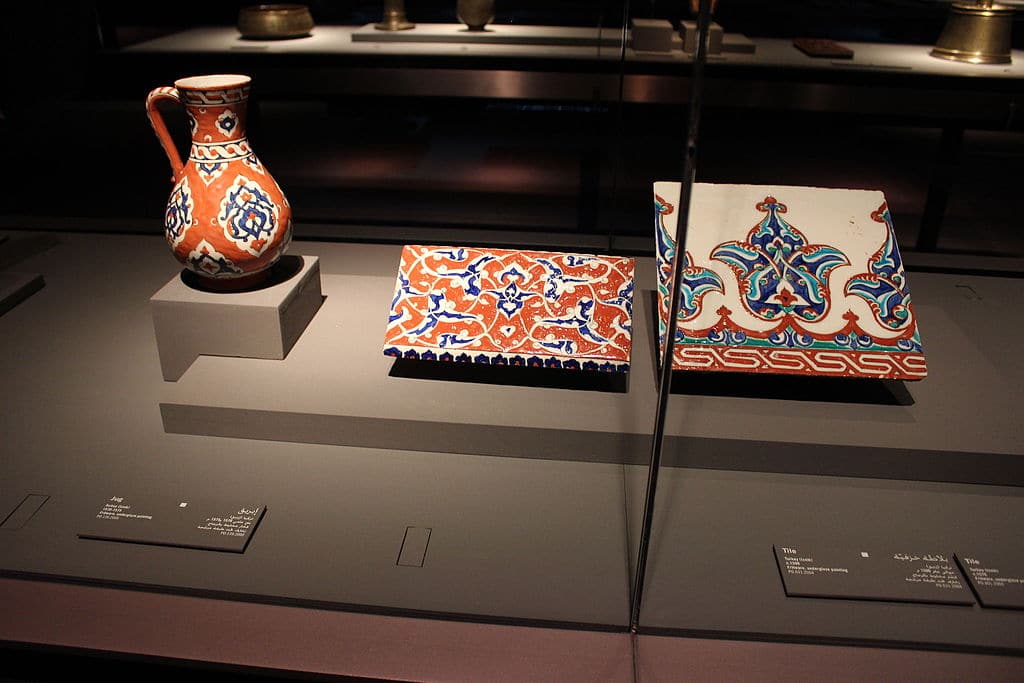 Language, art and artefacts may be given a national label, but that does not automatically make them a specific ‘local tradition’. Travellers in the Gulf should not be surprised if the very same architectural feature is described as ‘traditionally Qatari’ in Doha and ‘traditionally Bahraini’ in Manama. Western observers even point to an opposing, globalizing trend in the Gulf region: that Gulf culture is gradually being replaced by a sometimes rather artificial ‘pan-Arab culture’. With this term, they are alluding to the increasing cultural influence of the Levant and Egypt and even of ‘orientalist’ artists in the West. London especially has become a centre for exporting ‘Arab culture’ to the Gulf. British publishers and writers produce coffee table books which give a sanitized and romanticized picture of Gulf culture and history. These locally flattering, but all the same simplistic and stereotypical productions, are often financed by Gulf sheikhs and Western oil companies, who distribute them as ‘heritage’ gifts among expatriates and locals alike.

According to the American anthropologist Christa Salamandra, who recently published an interesting article titled ‘Cultural Construction, the Gulf and Arab London’, Western orientalist art is very popular among Gulf nationals. The currently fashionable yearning for ‘the old times’ among Gulf nationals is partly satisfied through the import of highly clichéd Western paintings of the ‘Arabian’ desert, carpet sellers or souks. According to one London
art seller, Gulf Arabs prefer to buy ‘Arab’ art in London.
The same goes for ‘Islamic’ art. For a few happy, carefree years, the young Qatari collector Sheikh Saud Al Thani – President of the National Council for Culture, Arts and Heritage of Qatar until his dismissal in 2005 pending an investigation on misuse of public funds – showered the metropolitan art market with millions of dollars on a collecting spree. The Sheikh assembled an extensive ‘Islamic’ art collection abroad – most of which was meant to be exhibited in the new Museum of Islamic Art in Doha, just off the Corniche near Doha Port, which was designed by the Chinese architect I.M. Pei. At the eastern end of the Corniche the Qatar National Museum is housed in the historical Fariq al-Salata Palace, built in 1901. The Qatar Photography Museum, further down the Corniche in al-Bidda, will almost certainly astonish visitors with its ‘flying stingray’ design.