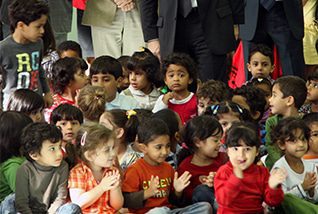 Before the 1950s, education in Qatar was dominated by traditional Koranic studies in accordance with the kuttab system. This is an elementary form of education that used memorization and recitation of the Koran in order to provide young Muslims with knowledge of the Holy Book, teaching them about the social and religious codes. Arithmetic and basic Arabic were also taught as a supplement.

Because of the relatively late development of the Arabian Peninsula, formal education did not start until 1951, when oil revenues began to flow. In that year, the first elementary school for boys was opened. Since household work was prioritized over a formal education for women, it was not until 1955 that a girls
school was established. Both were situated in Doha. 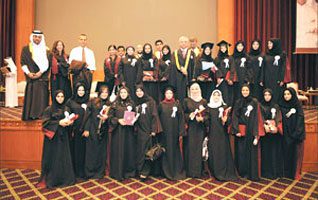 By the end of the 1980s, there were 62,000 students attending 192 schools. However, educational standards remained relatively low, as a result of a lack of proper teaching qualifications and large class sizes. Most importantly, the educational system was imported from abroad, along with the teachers that had to service the schools. These teachers introduced the educational systems of their own respective Arab states, mainly Egypt and Palestine, with Qatari teachers soon joining them. The new Ministry of Education supervised the process, but it was itself staffed mainly by expatriate Arabs. With the rapidly increasing oil prices, higher education was needed in order to meet the state’s demand for technically schooled students. Tertiary education began in 1973, when the Emir of Qatar issued a decree proclaiming the establishment of Qatar’s first national College of Education. The college admitted 57 male and 93 female students in its first year.

After a few years, rapid development of the country made it necessary to expand the College of Education to accommodate new areas of specialization. In 1977, Qatar University was founded with four colleges: Education, Humanities & Social Sciences, Sharia, Law, & Islamic Studies, and Science. In 1980, the College of Engineering was established, followed by the College of Business & Economics in 1985.

In 2008 there were 520 schools with a total of 146,000 pupils. According to UNESCO (figures for 2010) the net enrolment ratio in primary schools was 92 percent for boys and girls (the regional average was 98 percent), while in secondary schools it was 93 percent for girls and 76 percent for boys. The pupil/teacher ratio was 12 percent in 2010. Net enrolment for pre-primary schools was 51 percent (regional average 19 percent) in 2008. Ten percent (26 percent female, 5 percent male) of the population were in tertiary education (regional average 24 percent). All children in Qatar complete a full primary education curriculum, while the primary to secondary transition rate is 100 percent (2008).

There are a large number of international schools, where most expats and some Qataris prefer to send their children.

The Qatari authorities have announced their intention to spend more on education and youth welfare and health and social services in the years to come. The total expenditure on education was 3.3 percent of the GDP in 2005, and 8.2 percent of total government expenditure in 2010. The literacy rate for the overall population (above the age of fifteen) was 93.1 percent, while for the age group between fifteen and twenty-four years it was 99.1 percent.

Additional spending on education and health could help Qatar improve its standing on the Human Development Index (HDI), published by the United Nations Development Program (UNDP). Qatar clinched the 37th spot globally in HDI’s 2011 report. HDI ranks countries on the basis of income, health and education.

Qatar’s position in the world is strengthening, and this rapid development is influencing Qatar’s changing and developing relationships in the Gulf, the Arab region and the wider world. One of Qatar’s main focus areas is education. Sheikha Mozah Bint Nasser al-Misnad, the wife of the former ruler of Qatar and chairperson of the Qatar Foundation for Education, Science and Community Development, has spearheaded the promotion and development of higher education and science in Qatar.

The Qatar Foundation has induced some of the best universities in the world (see below) to open up local branches in Education City, a 2,500 acre desert campus.

Qatar Foundation for Education, Science and Community Development was established in 1996 and has grown to encompass a number of facilities for students from the age of three upwards. Its aim is to benefit and develop the state through initiatives in education, science and research. Under its aegis Education City has been established to the west of Doha comprising a number of foreign branch university campuses.

• the Education Institute which oversees and supports independent schools;

• the Evaluation Institute that monitors and evaluates both schools and students, and the

• Higher Education Institute which advises students on higher education both in Qatar and abroad, and administers grants and scholarships.

• CHN – now known as Stenden after its merger with Drenthe University

All of the above are from the United States except Stenden, which is from the Netherlands, HEC, a French business school, and UCL from the United Kingdom, which will focus on conservation, museum studies and archaeology.

• The Learning Centre, and the

In addition to the above educational campuses, there are a number of other centres based in Education City. Three of them are based on research and industry:

• Qatar Science and Technology Park – QSTP , and the

In its own words, the Qatar Foundation aims that the project is ‘an international leader in progressive education and cutting-edge research’, with promises ‘to reform Qatar into a knowledge-based society’. The government hopes to get foreign universities to share research and facilities, not only with each other but also with businesses and institutions in the public and private sectors. In 2004, Qatar established the Qatar Science & Technology Park at Education City to link universities based there with industrial partners.

The drive for social and educational reform among segments of Qatar’s ruling elite is partly aimed at security and political stability. The regime will be relatively secure in an affluent and stable nation.

But there are many ramifications in the process of linking economic development to international higher education. The collaboration needed in regional and global terms has not been translated into successful operational relationships, leading to insufficient working campuses. Also, the introduction of Western educational establishments and their academic staff and students will interact with traditional socio-cultural values, regardless of the pedagogical and educational processes involved. Although building a stronger foundation for Qatar’s youth has been applauded as a model for education reform, there is skepticism in introducing foreign universities and their staff to develop and improve national educational performance, which effects are heard not only within the country but as well as in the wider Arab region. 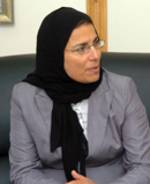 In 1973, Qatar’s first national College of Education was founded following a decree by the Emir of Qatar. Among a small population, the college admitted 57 male and 93 female students in its first year.

By the end of 1989, 6,082 students had graduated from Qatar University (QU) of whom about 5,000 were Qataris. Today, QU comprises seven colleges: Arts and Sciences; Business and Economics; Education; Engineering; Law; Pharmacy; and Sharia and Islamic Studies. The university has over the years added a wide range of new programs. It currently boasts a population of over 8,000 students and an alumni body of over 30,000.

In 2003, QU embarked on an ambitious Reform Plan to increase the efficiency of its administrative and academic processes. This national institution was in dire need of reform. According to Louay Bahry, then chair of QU’s Public Administration, virtually every Qatari student was assured of obtaining a degree ‘even if they did not attend class regularly’. Qatari faculty members were appointed for life without any system of assessment, while foreign professors were in constant fear of not having their short-term contracts renewed. Both were inclined to award high grades as a standard – if only to avoid attracting attention in a negative way.

The new President, Sheikha Abdullah al-Misnad, has tried to raise the academic level of the institute by (among other things) expelling some seven hundred students and removing eight hundred employees, who were mainly concerned with keeping up appearances. To this end, a university-wide Strategic Plan 2010-2013 was launched, incorporating Key Performance Areas that focus on promoting quality education and efficient and effective services. The Plan also placed research and community service as key priority areas in accordance with the goals outlined in the university’s mission and vision. In drafting the Plan, the organization aligns its goals and expectations with Qatar National Vision 2030.

The academic climate seems to have improved considerably, although there are still many obstacles to overcome. Most significant is the gender gap, both in enrolment and attainment, which varies between 76 percent for female students and 24 percent of male students in 2010. This is a serious issue that has consequences for the workplace. Qatari nationals make up a minority of the population and their net growth rates are lower than those of foreigners within the country. In order to service the infrastructural and economic boom, much of the workforce is imported. However, Qatar wishes to maximize or at least optimize the proportion of nationals in the workforce. To take advantage of the range and character of opportunities available, it is essential that the workforce – particularly the nationals – are both well-educated and skilled.

In a report published by the Qatar Statistics Authority (QSA), Sheikh Hamad bin Jabor bin Jassim Al Thani, President of QSA, attributed low male students’ enrollment rates to a ‘weak drive towards higher education, lack of coordination between general education and the requirements of higher education. Especially in those fields of specialization required by knowledge-based economy, availability of attractive jobs which do not require post-secondary qualifications, in some sectors, lack of Qatari families’ interest in furthering their education’. He referred to the social consequences of the phenomenon of students turning away from higher education, ‘causing dislocation at the family level as a result of differing education and cultural levels between husband and wife, and demographic dislocation arising from the need for foreign labor. In addition, educated people enjoy security and national feelings. He warned against economic consequences if the phenomenon persists leading to the difficulty of implementing Qatarization strategies and adverse effects on the country’s drive towards knowledge-based economy, which requires high scientific and vocational qualification.’