Turkey’s once open-door policy towards Syrian refugees is being critically compromised amid growing xenophobic sentiment in the country.

In mid-July 2019, authorities in Istanbul announced a plan to restrict the number of unregistered Syrians and informal workers in the city, as part of a campaign against ‘illegal immigration’.

In a statement, authorities confirmed that Syrians without proper registration after 20 August would be sent back to the cities where they were first registered upon arrival in Turkey, or risk deportation.

The deadline has since been extended to 30 October, but Interior Minister Suleyman Soylu reiterated that the high number of unregistered refugees in Istanbul is straining public services.

Turkey is host to nearly 3.6 million Syrian refugees under temporary protection. According to official figures, more than 540,000 are legally registered in Istanbul. Authorities claim that the city is reaching its maximum capacity and cannot accept more refugees.

The government justified its plan as a way to spread the refugee population more equitably throughout the country. A similar initiative is being introduced in the capital Ankara and Bursa, both believed to be housing a larger refugee population than they can manage.

Just last year, Soylu refuted allegations about Syrian refugees’ negative impact on Turkey’s economy and security, adding that they committed fewer crimes than any other community.

For many observers, the government’s change of heart  should be viewed in the context of the March 2019 mayoral elections in Istanbul, where President Recep Tayyip Erdogan’s ruling Justice and Development Party (AKP) lost the city to its rival from the Republican People’s Party (CHP). The AKP blamed the loss on public opposition to its previous policies towards refugees.

The CHP’s Ekrem Imamoglu, who won the mayoral race, described the refugee situation as a “severe trauma”. His words echoed growing concerns about competition between the host and refugee populations for low-skilled jobs. Imamoglu also told a news channel that refugees were changing the city’s demographics.

According to a survey, Turks rank the Syrian refugee issue as the country’s second biggest problem, after the state of the economy. In addition, these two subjects are often perceived as connected to each other. When Erdogan declared that Turkey had spent almost $40 billion on refugees, he was widely criticized for not spending that money on Turkish citizens in need.

Hostility towards refugees has been fueled by socio-economic apprehensions, alleged criminal activities by Syrian gangs or individuals and accusations of sexual harassment of Turkish women and children – the latter triggering clashes between the host and refugee communities.

According to another survey conducted by the Konda Research Group, between February 2016 and July 2019, the number of people who said they would not live in the same city as Syrians rose from 28 per cent to 60 per cent.

This widespread hostility prompted Erdogan, who previously called refugees “brothers” and “guests”, to undertake a drastic policy shift. Gonul Tol, founding director of The Middle East Institute’s Center for Turkish Studies, described the shift as a move from “compassionate Islamism” to a “Turkey-first” approach.

Some measures aim to decrease the visibility of Syrian refugees, including removing Arabic shop signs across the country in an effort to appease public acrimony over their presence. Since 2011, the influx of refugees has resulted in a proliferation of Arabic shopfronts, reminiscent for some of Turkey’s historical identity concerns, unrelated to the refugee crisis. In 1928, modern Turkey’s founder, Mustafa Kemal Ataturk, imposed the use of the Roman script instead of the Arabic one.

According to figures cited by Trade Minister Ruhsar Pekcan, more than 15,000 businesses employing around 100,000 people have been set up by Syrians, or have a Syrian partner, the majority of them in Istanbul, Mersin, Bursa and the provinces of Hatay and Gaziantep. Syrian refugees also run unregistered small businesses, which has drawn criticism from Turks who accuse them of not paying taxes, resulting in unfair competition.

The refugee issue is becoming even more critical as Syria’s regime forces advance on the rebels’ last major stronghold in the north-eastern province of Idlib, forcing tens of thousands more people to flee across the Turkish border.

Idlib is predominantly controlled by al-Qaeda’s former Syrian branch, Hayat Tahrir al-Sham, and is currently home to around 3 million Syrians, the vast majority of whom are civilians.

Claims have also arisen about forced deportations. During a press conference on 28 July, Soylu said, “This issue only concerns irregular and illegal migration,” adding, “It is out of the question and not acceptable for Syrian people who are under temporary protection, foreigners that are granted international protection status or people who have residence permits in our country to be deported.”

Four days earlier, the minister rejected deportation claims but insisted that Syrians who voluntarily went back to Syria could benefit from procedures allowing them to return to ‘safe areas’.

The government said that since 2016, more than 330,000 refugees have returned to areas under Turkish military control in northern Syria, after signing a document in Arabic stating that they were voluntarily returning to these areas only. The United Nations Refugee Agency has only monitored 62,000 such cases so far.

According to news website al-Monitor, figures from the Bab al-Hawa border crossing tell a different story, with 4,370 Syrians allegedly deported in June and 6,160 in July through this crossing alone.

We Want to Live Together Initiative was launched as a reaction to the growing number of reported deportations. According to the Istanbul-based group, which includes civil society members, parliamentarians, NGO workers and advocates for coexistence and against deportations, many deportations target Syrians who have temporary protection status, contrary to the government’s statement.

Human Rights Watch called on Turkey to protect the basic rights of all Syrians, saying, ‘Turkish authorities are detaining and coercing Syrians into signing forms saying they want to return to Syria and then forcibly returning them there.’

According to some lawyers, the authorities are taking advantage of a legal loophole to force refugees into signing these forms and deporting them swiftly.

In an interview with The Guardian newspaper, human rights lawyer Yasemen Ozturkcan said that none of the legal waiting periods are respected. “It normally takes months, but now we see deportations being carried out in as little as 48 hours. [The authorities] say they are taking [the refugees] to another province, but our clients call us from Syria.”

Since 2016, Turkey has used the refugee issue as a bargaining chip in negotiations with the European Union (EU). The  EU-Turkey deal agreed at the time promised Turkey around $7 billion between 2016 and 2019. The objective was to halt migration via the Aegean Sea by returning to Turkey all migrants arriving illegally on European shores, in addition to improving the living conditions of Syrian refugees in Turkey.

In return, the EU agreed to grant Turkish citizens visa-free access to Europe. International and Turkish laws prohibit the return of anyone to a place where they would face a real risk of persecution, torture or other ill-treatment. The deal thus hinged, as Amnesty International put it, on the ‘untrue but willfully ignored, premise that Turkey is a safe country for refugees and asylum-seekers’. 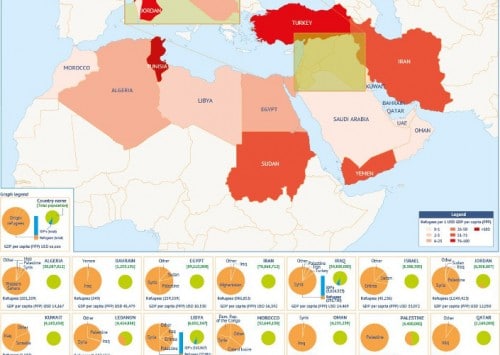 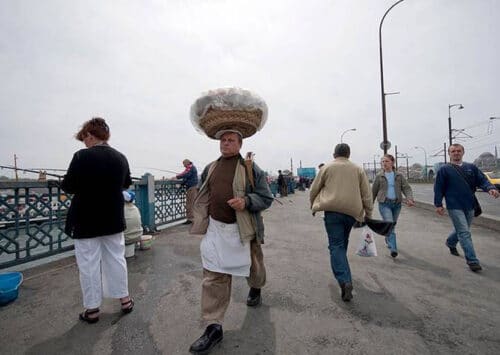