The Struggle to Reclaim Jihad 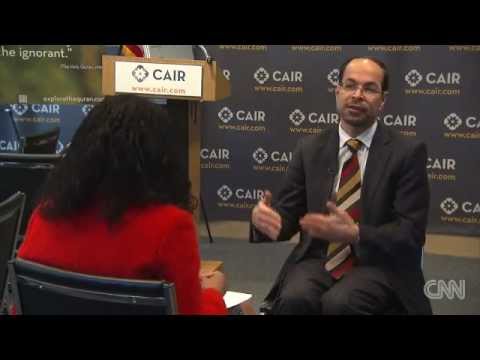 The term jihad has become one of the most cited yet misunderstood concepts in the Western press since the terrorist attack on the World Trade Centre on 11 September 2001. The word is often construed to mean ‘holy war,’ but it actually means engaging in a ‘struggle’ or undertaking a noble cause.

There are three mainstream interpretations of jihad, and none of them references nor permits the killing of innocent people. The first is nothing more than a goal that somebody is striving to achieve. Originating from the Sufi tradition, it is regularly defined as ‘greater jihad’ and emphasizes the spiritual well-being of individuals.

The second jihad refers to the duty to promote Islam through the Quran by way of dialogue or scholarship. The third, which is also the most misapplied and hotly contested, has a clear set of boundaries to determine what constitutes an ‘open enemy’.

Jihad against an open enemy can only be waged in ‘self-defence’ or to preserve the universal freedom of religion. Most Islamic scholars and political analysts interpret scripture 22:40 in the Quran to mean that Muslims must fight in order to protect synagogues, churches, temples and mosques.

But some pre-modern teachings – like those of Ahmad Ibn Taymiyya – argue that a struggle should be waged to kill Muslims who do not practise the faith entirely, laying the ideological foundations for extremists. Yet even some of these teachings, argues Dr. Tamimi who is a political analyst and a host for several political and Islamic shows on Al-Hiwar channel, are often misinterpreted by criminals who use religion to legitimize their wrongdoings.

“Much of what [Ibn Taymiyya] said about jihad was during the time when the Muslim world was under attack from the Mongols,” he emphasized. “At that time, he called for a [jihad] of self-defence. What really matters [in jihad] is not to be oppressive and not to transgress.”

Fed up with fear mongers and extremists, Muslims like Tamimi are trying to reclaim the word. In April 2015, Islamic scholars who participated in the Promoting Peace in Muslim Societies forum stressed that a more contextual reading of the Quran is necessary to combat extremist rhetoric and promote the true meaning of jihad as well as other core Islamic principles.

Muslim communities in Europe and America are also trying to reclaim the word. Ahmed Rehab, an executive director of the Council of American-Islamic Relations (CAIR), teamed up with a small group of activists to launch the campaign MyJihad in Chicago in December 2013. They posted 25 advertisements in city buses before expanding the campaign to San Francisco and Washington DC.

“[Jihad] is a concept, a noble concept, within Islam that emphasizes a personal struggle within yourself to be a better person, a better husband, better wife, better worker, better neighbour,” explained Nihad Awad, who is also an executive director of CAIR.

In October 2014, British activist Sara Khan launched her own campaign called Jihad Against Violence. Her mission was to promote the true meaning of jihad to fight against the brutal ideology of the self-declared Islamic State (IS), which had radicalized many young Muslim men and women in Britain.

“Muslims know that we have the principles in our faith to challenge the extremist outlook; we need, however, to reclaim our faith from these monsters,” Khan wrote in The Guardian, a British daily. “By succeeding in this war of ideologies, we can eventually turn off the tap of British jihadists leaving the UK to join [IS].”

Other Muslim activists have invoked the term to announce their struggle to fight discrimination and racism in the West. In July 2017, the American Muslim activist Linda Sarsour referred to jihad in a lecture to convey the hope that God accepts her struggle against the bigotry of President Donald Trump.

Her use of the word triggered an uproar on the internet. Many people criticized Sarsour for calling on Muslims to wage a ‘terror campaign’ or ‘war’ against Trump. The backlash clearly revealed that many Americans still have no idea of the meaning of jihad.

Defending Sarsour in The Washington Post, American Muslim intellectual Qasim Rashid wrote that only groups like IS and Islamophobes distort the true meaning of jihad, and thus help to serve each other.

Other activists have attempted to wage their own jihad against taboos in Muslim-majority countries. In 2007, Indian film maker Parvez Sharma made a documentary called A Jihad for Love, which tells the story of devout Muslims struggling to reconcile the pillars of their faith with their homosexuality.

In a review of the film for The Guardian, Jeremy Kay wrote that dignity and despair are woven tightly together. All of those profiled are fighting for the right to be treated as fellow Muslims in their communities, and not apostates due to their sexual orientation.

Despite innovations in the interpretation of jihad, the term remains as hotly debated today as it was in the past. Michael G Knapp, a Middle East analyst with the US army, said that while some Islamic scholars claim that jihad against an open enemy is only legitimate when fought against non-Muslims who initiate aggression, others teachings still attribute aggression and violence to the word.

Some of these radical interpretations, Knapp says, were born out of an Islamic resistance to European colonization. Nowadays, it is Muslims who suffer most when extremists (mis)appropriate jihad.