Umrah in Arabic means ‘visit’, and in Islam it means to visit the Great Mosque in Mecca, Saudi Arabia to perform special rites and rituals such as the tawaf (circumambulation of the Kaaba) and say (running between the Safa and Marwah hills seven times). Umrah is a Sunnah (a desirable act, based on the words and behaviour of the Prophet Muhammad), according to clerics such as Abu Hanifah and Malik, whereas other clerics such as al-Shafii and Ibn Hanbal see umrah as the duty of every Muslim.

Umrah and its rituals can be performed at any time of the year other than the days of hajj (pilgrimage). Hajj is different from umrah because hajj is one of the pillars of Islam that every Muslim must perform at least once in their lives if they are able to do so. A Muslim is considered sinful if he or she does not perform hajj. Umrah, in contrast, is a Sunnah for which a Muslim is rewarded. However, he or she is not considered sinful for not performing it.

There are two types of umrah: one is umrah al-Mufradah, which is performed by any Muslim at any point during the year, except during the days of hajj; the other is umrah al-Tamattu, which is performed in conjunction with hajj in the hajj months of Shawwal, Dhu al-Qadah and Dhu al-Hijjah. The conditions to perform umrah are that the person must be a Muslim who is an adult, free, sane and have the financial capacity. In addition, women must have a muhram (male relative) with them for their umrah to be valid.

There are four acts that constitute umrah: ihram, tawaf, say and halq (shaving the head) or taqsir (trimming the hair on the head).

Ihram is the intention to perform umrah, for which pilgrims must wear prescribed clothing. These are the izar (a garment that goes round the waist) and the rida (a garment that covers the shoulders) for men, both of which must be made of plain, unstitched white cloth. Women do not have to adhere to a specific colour provided the clothes cover their bodies properly.

Before entering into the state of ihram, pilgrims are advised to bathe, wash their hair, cut their nails, put on perfume and then say a prayer of two rakahs (a rakah is the basic unit of Muslim prayers) and pronounce their intention to perform umrah. The wording varies slightly depending on whether the pilgrim wants to perform the umrah al-Mufradah or the umrah al-Tamattu.

Before performing umrah, pilgrims assemble at one of the mawaqit makaniyah (fixed places) outside Mecca and prepare themselves physically and spiritually. In these places, pilgrims enter ihram, or a sacred state, before crossing the pilgrimage boundary. There are five mawaqit at which pilgrims assemble, depending on where they started their journey:

1. Dhu al-Hulaifah: The place allocated to pilgrims from the city of Medina and those to the north of it. It is 450 kilometres from Mecca.

2. Al-Juhfah: The place for pilgrims coming from the Levant and countries to the north and north-west. It is 204 kilometres from Mecca.

3. Yalamlam: The place for pilgrims from Yemen and countries to the south. It is 54 kilometres from Mecca.

4. Qarn al-Manazil: Located 95 kilometres from Mecca, this is the place for pilgrims from the east.

5. Dhatu Irq: The place for pilgrims from Iraq and others who travel along their route. It is also 94 kilometres from Mecca.

Tawaf, or the circumambulation of the black Kaaba cube Muslims face when they pray, is the second act of umrah. Muslims are required to circle the Kaaba anticlockwise seven times as follows:

When they reach the Great Mosque, pilgrims enter with the right leg and say, ‘In the name of God, peace and prayer be to the Messenger of God, O God! Forgive my sins and open the doors of Your mercy for me. I seek refuge with God, the Supreme, with His Noble Face, and with His Eternal Dominion from the accursed devil.’

Pilgrims then approach the black stone at the eastern corner of the kaaba to start the tawaf, placing their right hand on it and kissing it if possible. Otherwise, they face it, point towards it and say: “In the name of God, God is the Greatest, without kissing one’s hands.” Men must bare their right shoulder by placing the rida under their right arm and the lower parts of it over their left shoulder during the entirety of the tawaf.

During the first three circumambulations, only the men must make al-Raml (fast-paced walking, lifting the legs forcefully and sticking out the chest while moving the shoulders). The remaining four are completed by walking (at a normal pace) between the al-Rukn al-Yamani (the Yemeni corner) and the Kaaba.

After completing the tawaf, men cover their right shoulder again and all pilgrims advance to the Maqam Ibrahim, the stone used by Prophet Ibrahim throughout the building of the Kaaba, and offer two short rakahs. After finishing the prayer, pilgrims head for the Kaaba and touch it if possible. Otherwise, they leave without pointing to it.

Say is the ritual of running seven times between the Safa and Marwah hills and is the third act of umrah. Pilgrims start say by ascending Safa until they can see the Kaaba. They face it, raise their hands and supplicate to Allah three times. This is interspersed by any prayers of the pilgrims’ choosing, which they say between the first and second supplication.

Pilgrims then descend from Safa and walk towards Marwah while reciting the supplication Subhan Allah. Between the hills are two green pillars. The men run between the pillars while the women walk at a normal pace. When on top of Marwah, pilgrims again face the Kaaba and supplicate to Allah. This is repeated until the seven laps are completed.

Halq or taqsir is the fourth act of umrah, which pilgrims perform after making say. Men shave or trim the hair on their head, although shaving is preferred, while women cut their hair by an inch.

It is forbidden for pilgrims to remove hair, cut their nails, have sexual intercourse, put on perfume, hunt or write a marriage contract during umrah. Men are prohibited from wearing stitched clothes or covering their heads while women are prohibited from wearing gloves or covering their face. Those who do so out of forgetfulness or ignorance are not considered sinful nor are they obliged to offer an animal sacrifice, but those who do so deliberately without excuse are considered sinful and must offer an animal sacrifice.

Umrah is the most cherished Sunnah among Muslims because of the virtue attached to it, as mentioned in the Hadiths (a collection of traditions containing sayings of the Prophet Muhammad which, with accounts of his Sunnah constitute a major source of guidance for Muslims). These include the Hadith saying, ‘Perform hajj and umrah consecutively; for they remove poverty and sin as the bellows removes impurity from iron.’ 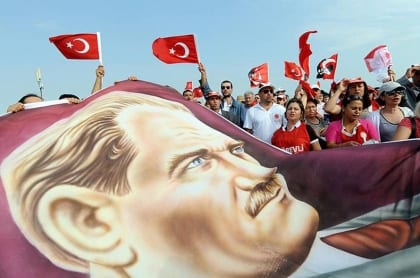