GCC investments in the West

After their independence, some of the Gulf Cooperation Council (GCC) member states created Sovereign Wealth Funds (SWFs), state-owned investment funds, in a bid to plan their economic development using the huge sustained income from the export of oil and gas.

Such funds were established in an attempt to diversify the economy and move away from a total reliance on oil and gas revenues by committing to investments. SWFs either invest in businesses, thus pursuing diversification, or ensure the wealth of future generations by aiming at long-term returns. Some focused on the domestic market and others invested primarily overseas in a wide range of sectors.

After the outbreak of the 2008 financial crisis in Western economies, the funds have been facing domestic pressures to invest more in the local economies and achieve short-term returns. Governments’ response to the Arab Spring – increased spending to silence further discontent – has also led to increased investments in the home countries.

GCC SWFs have been investing in a broad range of economic sectors in Europe and the United States, but also in Asia and Africa. There has been significant investment in the Western financial sector. After 2008, Gulf SWFs rescued embattled European financial groups like Barclays and Credit Suisse, challenging the West’s hegemonic financial power. Qatar Investment Authority bought a 20 percent stake in the London Stock Exchange and Kuwait Investment Authority owns a part of Citigroup. In addition, investments have been made in the manufacturing and automobile industry, services, transport sector, real estate and sports. In 2006, UAE-owned Dubai Ports World (although not a SFW) bought UK-owned shipping company P&O, giving Dubai Ports World control over facilities in six US ports. Dubai also attempted to buy Auckland International Airport in New Zealand in 2007. Qatari investors, among which Qatari banks, have helped to finance the construction of Europe’s tallest building, the 310 metres high Shard in London (inaugurated by Qatar’s Prime Minister on 5 July 2012), by buying an 80 percent stake to take control of the project. Since the project was financed by Sharia-compliant investments, the towers’ tenants have been subject to certain conditions, including that they are not connected to industries deemed unlawful to Sharia. Qatar’s SWF bought a 20 percent stake in UK airport operator BAA, giving Qatar a huge vested interest in the construction of an extra runway at London’s Heathrow Airport.

Gulf Cooperation Council
In this special file, Fanack presents several articles, diving into the details around the various issues related to the... 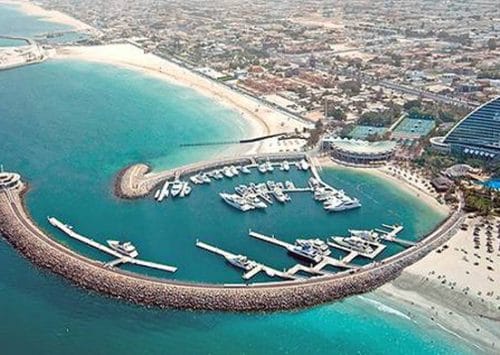 Economy of the UAE
The UAE used its oil revenues (discovered in the early 1960s) and a growing network of commercial and financial ties to ...