Saudi Arabia appears to be drawing lines in the sand as the kingdom prepares for a new era in relations with the United States once President-elect Joe Biden assumes office in January.

In doing so, the kingdom is seemingly signaling that it is willing to go only so far in seeking to get off on the right foot with a Biden administration.

Saudi Arabia seems to be betting that Mr. Biden will be cautious not to rupture relations with the kingdom despite criticism he expressed at times in strong language during the US presidential election campaign.

The Saudi bet is not unreasonable.

US Ambassador-at-Large for International Religious Freedom Samuel D. Brownback echoed this week what is US policy and could well be the attitude adopted by a Biden administration.

Asked why Secretary of State Mike Pompeo gave Saudi Arabia a waiver even though his department designated the kingdom in its recently published annual religious freedom report a Country of Particular Concern under US law for its failure to respect freedom of religion, and apostasy and blasphemy laws that include the death penalty, Mr. Brownback said:

“Saudi Arabia is a country that the administration and prior administrations have deemed as having a strategic interest… It’s the major, obviously, Gulf state country. It’s a major source of trade… We have a great deal of frustration at times in what Saudi Arabia does… But there’s also a national interest here, and that’s something that you’ve always have to weigh back and forth in diplomacy. And in this case, the Secretary weighed it that we needed to provide the national interest waiver.”

Recent events indicate the parameters of the Saudi bet.

The kingdom seems prepared to accommodate both outgoing President Donald J. Trump as well as Mr. Biden by engaging with US and Kuwaiti efforts to lift the 3.5-year-old Saudi and United Arab Emirates-led economic and diplomatic boycott of Qatar.

Mr. Pompeo, Jared Kushner, Mr. Trump’s son-in law and Middle East negotiator, and other senior US officials have travelled to the Gulf in recent weeks to push for a breakthrough in the Gulf stalemate as well as Saudi recognition of Israel in the wake of the establishment of diplomatic relations between the UAE, Bahrain and the Jewish state.

Kuwaiti, Saudi and Qatari officials have said they were progressing towards a resolution as Gulf leaders gear up for a summit later this month of the six-nation Gulf Cooperation Council (GCC) that groups the region’s monarchies. The UAE, alongside Bahrain and Egypt who joined the boycott, indicated their support for an end to the dispute.

At the same time, recent Saudi actions send the message that recognition of Israel and human rights constitute red lines that the kingdom, at least for now, will not cross.

Saudi Arabia last week, shortly after the visits by Messrs. Pompeo and Kushner, sentenced Walid A. Fitaihi, a Harvard University-trained doctor and dual US Saudi citizen, to six years in prison for allegedly tweeting his support of the 2011 popular Arab revolts and for obtaining US citizenship while studying in America.

Mr. Fitaihi was released from pre-trial detention in 2017 but, together with his family, barred from travelling abroad.

The Trump administration has repeatedly raised his case with Saudi authorities, including during the recent high-level US visits

Similarly, Saudi Arabia transferred to a terrorism court the case of Loujain al-Hathloul, one of 12 women’s rights activists, accused of conspiring with foreign organizations hostile to the kingdom, on the eve of last month’s virtual G20 summit of the world’s largest economies hosted by King Salman.

The move came amid a groundswell call for their release in advance of the summit.

The court’s first hearing in Ms. Al-Hathloul’s case was held last week on the day designated by the United Nations as International Human Rights Day.

At about the same time, a campaign on Twitter, believed to have been instigated by the government, accused detained former crown prince and interior minister Mohamed bin Nayef of plotting to topple his successor, Mohammed bin Salman.

The campaign was in response to concern expressed by British parliamentarians and Mr. Bin Nayef’s lawyers about his circumstances.

Saudi Arabia’s moves contrast starkly with those of the UAE that appears geared towards anticipating expected changes in US foreign policy once Mr. Biden takes office.

Having already taken a lead that pleased both the outcoming and incoming US president by becoming the first Arab state to recognize Israel since 1994, the UAE this week said that it was launching a review to strengthen its human rights framework.

Minister of State for Foreign Affairs Anwar Gargash said the review would focus on women’s empowerment, humanitarian aid, religious tolerance and workers’ rights. The official made no mention of political rights such as freedom of expression, the media and assembly that are one focus of criticism of the UAE by human rights groups.

By contrast, in what appeared to be another shot across Mr. Biden’s bow and rejection of Trump administration pressure, former Saudi intelligence chief and ex-ambassador to Britain and the United States, Prince Turki bin Faisal, launched a blistering attack on Israel.

Speaking days before Morocco and Israel announced the establishment of diplomatic relations between their two countries, Prince Turki described the Jewish state as “the last of the Western colonizing powers in the Middle East.”

He charged that Palestinians were “incarcerated in concentration camps under the flimsiest of security accusations — young and old, women and men, who are rotting there without recourse to justice.”

It was not clear whether Prince Turki’s remarks reflected not only King Salman’s sentiment but also that of Crown Prince Mohammed bin Salman who reportedly met recently with Israeli Prime Minister Binyamin Netanyahu.

A recent public opinion poll suggested that Saudis are divided in their attitudes towards relations and commercial and cultural exchanges with Israel.

Forty-one percent of those surveyed in September saw relations with Israel as a positive development while 54 percent were opposed. Yet, the percentage of those who favored commercial and sports exchanges jumped substantially to 37 percent compared to nine percent in a poll three months earlier.

Prince Turki made his remarks as the kingdom was seeking to lower tensions with Turkey, a major challenger of Saudi leadership of the Muslim world, and like the kingdom, uncertain about its relationship with the US once Mr. Biden takes office.

If Saudi moves to draw a line in the sand implicitly acknowledge that relations with the United States could become rocky, rapprochement with Turkey suggests that Riyadh and Ankara see virtue in seeking common shelter. That could prove to be a fragile structure in a part of the world where the sands shift continuously.

This article was originally published by https://mideastsoccer.blogspot.com/ in December 11, 2020. 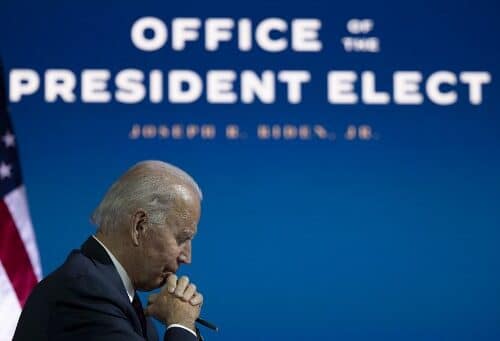 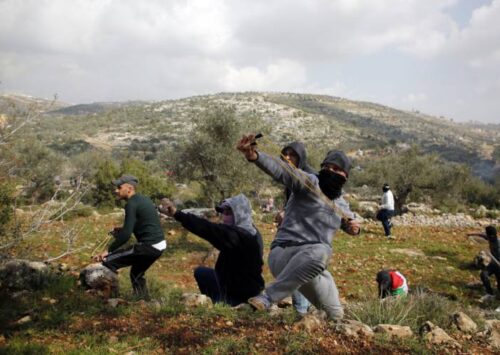 US Recognition of Illegal Settlements Puts Israel a Step Closer to Annexing Parts of West Bank
Israeli Prime Minister Benjamin Netanyahu, however, welcomed the statement, saying it “rights a historical wrong”, a...