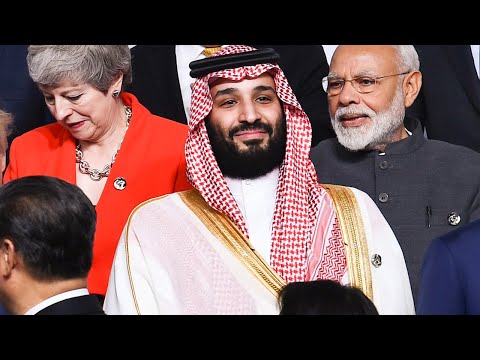 An official Saudi Twitter account with the handle @VisitSaudiNow was launched on 27 September 2019 to encourage tourists to consider Saudi Arabia for their next holiday. It followed the announcement that the kingdom will begin offering a new tourism visa for 49 countries, including the United Kingdom and United States.

As part of the scheme, visitors can apply for a one-year, multiple-entry visa, allowing them to spend up to 90 days in Saudi Arabia, which previously only recognized business and invitation visas. On the new Visit Saudi, website, available in English, Arabic and Chinese, a slick video promotes the country’s natural and cultural attractions, featuring foreign-looking people, including women not wearing the abaya, the full-body robe required for local women.

A link allows potential tourists to apply directly for an e-visa, which it promises to deliver in minutes. The new system is described as ‘a historic milestone in opening Saudi Arabia to tourism. International visitors will discover the warm hospitality of Saudi people: our rich heritage, vibrant culture, and diverse and breath-taking landscapes, from the mountains of Abha to the beaches of the Red Sea to the shifting sands of the Empty Quarter.’

The website also provides ideas of what to do and eat and where to visit, as well as information about festivals and events thorough the year and how to behave and dress.

Known for its strict religious and social codes, Saudi Arabia will exempt visiting women from wearing the abaya, although it will require them to cover their shoulders and knees.

It has also identified 19 offences against decency that will be punishable with a fine of between $13 and $1,600. These include dressing immodestly, public displays of affection, taking photos of others without their permission, spitting, littering and playing music at prayer time.

“The regulations are meant to ensure that visitors and tourists in the kingdom are aware of the law relating to public behaviour so that they comply with it,” said the government’s Center for International Communication in a statement.

Opening up to holidaymakers is part of an aggressive push by Crown Prince Mohammed bin Salman (also known as MBS) to diversify the country’s economy away from oil, as part of Vision 2030, announced on 25 April 2016.

Ahmed al-Khateeb, chair of the Saudi Commission for Tourism and National Heritage, said during a press event on 27 September that some $67 billion in investments are needed, including 500,000 new hotel rooms – half at government-backed megaprojects and half built by private investors – to reach the 2030 targets.

According to Reuters, the government signed memorandums of understanding totalling around $26.7 billion with regional and international investors, including conglomerate Triple Five and UAE-based developer Majid al-Futtaim. The government wants to attract 100 million annual visits by 2030, up from about 40 million currently, and increase the contribution of tourism from 3 per cent to 10 per cent of gross domestic product (GDP).

Saudi Arabia has previously tried to show a willingness to modernize, develop the local economy and create more opportunities for its youth and women, without completely convincing the rest of the world. For example, talking to Fanack in July 2018 about the growth of festivals in the kingdom, Laura Alho, a Finnish travel writer and social media influencer living in the capital Riyadh, said, “It’s all a part of Vision 2030 and HRH Crown Prince Mohammed‘s plan to develop Saudi tourism. [The festivals help to keep] the Saudi and local tourists in the kingdom during holidays by offering them interesting and high-quality activities to do near to their homes. The festivals are also great ways to promote Saudi culture, keep craftsmanship alive and for the younger Saudi generations to value their heritage.”

Vision 2030 aims to wean the country off its near-total dependency on its oil resources by building a more diversified economic portfolio, with 2030 set as the target by which oil resources would factor insignificantly in the total GDP. In 2017, the kingdom announced a multibillion dollar project to turn 50 islands and other pristine sites on the Red Sea into luxury resorts. 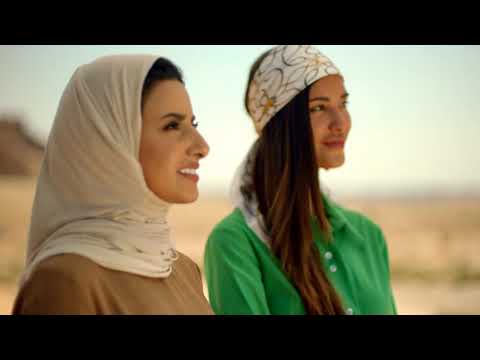 However, the flaunted modernization efforts have been hurt by various events, the most important being the murder of critical journalist Jamal Khashoggi in 2018 inside the Saudi consulate in Istanbul, Turkey. Shortly after Khashoggi disappeared, evidence indicated that MBS ordered the assassination and dismemberment of Khashoggi’s body.

MBS vehemently denied the accusations, initially claiming that Khashoggi died after an argument descended into a fist-fight inside the consulate. A United Nations investigator’s report has since found there was ‘credible evidence’ that high-level Saudi officials could be liable for his death, and the CIA and other foreign intelligence agencies have concluded that MBS ordered the killing.

The news of Khashoggi’s death alarmed CEOs and investors, deterring many from following through with their business ventures in the kingdom. British billionaire Richard Branson was one of the first executives to suspend two tourism projects on the Red Sea following reports of Khashoggi’s disappearance. He also cancelled talks with the kingdom over a possible investment in space companies, priced at more than $1 billion.

Saudi Arabia also has a poor human rights record, jailing clerics, ministers, intellectuals and activists, including women’s rights activists, solely for peacefully advocating reform, and discriminates systematically against women, according to Human Rights Watch. This is pushing up the number of young Saudis seeking refuge in other countries as runaways. But women, human rights activists and those seeking a life free from political, religious and moral persecution all regularly leave the country.

The number of Saudi asylum seekers tripled between 2012 and 2017, according to a study by the United Nations Refugee Agency (UNHCR). Girls constitute 96 per cent of those fleeing the country. The study, conducted in the Mecca area, showed that the reasons given for running away were: misuse of social media, bad friends, misunderstanding of freedom, copying other cultures, weak beliefs, lack of emotional security, a need for adventure, bad treatment by a spouse, lack of communication with family members, verbal abuse, poverty, no monitoring by parents and violence from a parent or male sibling.

Since March 2015, Saudi Arabia has led the international coalition fighting the Houthis in Yemen. Like previous investigations by human rights groups and journalists, a September 2019 UN report documented how the coalition has killed thousands of civilians in airstrikes, intentionally starved Yemenis as a war tactic, and imposed a naval and air blockade on Houthi-controlled areas that has drastically limited deliveries of humanitarian aid.

In light of such events, tourists may think twice about visiting Saudi Arabia, although a niche market might exist for those whose interests do not go beyond the cultural.

“The idea is that tourists who are interested in historical sites and visiting the main cities and seeing performances organized by authorities are welcome, but they are not welcome to share knowledge, influence, political thought and analysis,” Hala Aldosari, a Saudi activist and fellow at MIT’s Center for International Studies, told The New York Times. “It is still vague how Saudi Arabia plans to deal with people breaking the rules. Will it deport them? Detain and investigate [them]? Torture [them]?”