Religion in the form of the Wahhabi movement, established in the 18th century with the rise of a local preacher by the name of Muhammad ibn Abd al-Wahhab, proved to be a ground-breaking creed. The reformer claimed to purify Arabia of heterodoxy and religious innovation. He preached in his local town and later in the small oasis al-Diriya, near Riyadh, the town of Muhammad ibn Saud, a local emir who responded to the new religious call. The two men co-operated and launched religious wars claiming to purify the faith and return Muslims to the true Islam of the Prophet and his companions. Their raids in Arabia and their subsequent adventures in the Hijaz, Syria, and Iraq alerted the Ottomans, who sent the troops of Muhammad Ali of Egypt to destroy their capital al-Diriya in 1818. The Ottomans succeeded in re-establishing the semblance of their authority in Arabia, but only for a short time. Local rulers and tribal chiefs reasserted their autonomy and independence. Throughout the 19th century, three local emirates competed to control Arabia – the Hashemites in the Hijaz, the Al Saud (the family of Muhammad ibn Saud, ‘Al’ meaning family) in Riyadh, and the Al Rashid in Hail – and all swore allegiance to the Ottoman Sultan. 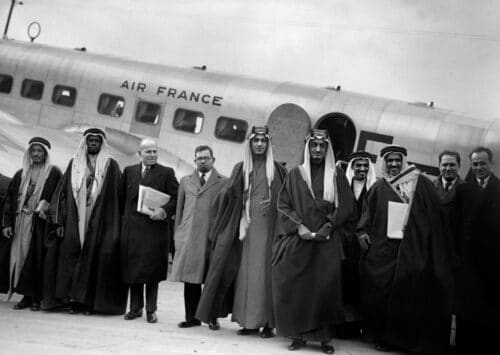