A Smooth Succession
A New Wind
War in Yemen

However, that did not mean that nothing was to be changed at all. King Salman, within the first week, issued 30 new decrees that covered necessary reorganization within the government. He also replaced several ministers, mostly loyalists of late King Abdullah, with fresher and younger technocrats, a move that was well received by most Saudis. He appointed Prince Muqrin, the second deputy prime minister—de facto deputy crown prince—as crown prince, his eventual successor, and elevated Prince Muhammad Bin Nayef, the minister of interior, to the rank of second deputy premier. By doing so, he immediately settled one of the most pressing questions of his rule: who would be the next king, and, crucially, who would be king after that. Prince Muhammad’s appointment was particularly significant, as Muhammad becomes the first grandson of King Abdul Aziz in line for the Saudi throne. 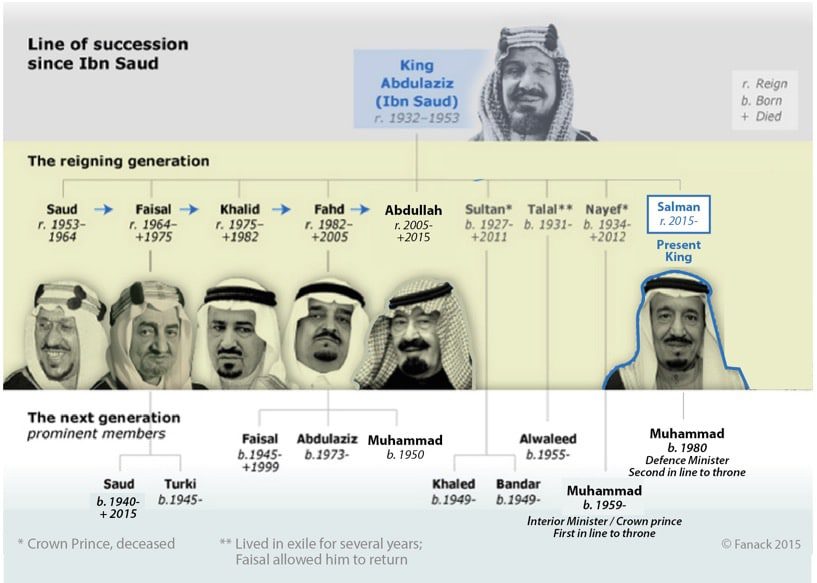 In his first social-media message, King Salman, the new Custodian of the two Holy Mosques, tweeted “Dear people, you deserve more, and whatever I do, I cannot give you what you deserve.” This followed several royal decrees ordering a massive new expenditure of $29.3 billion, including payments of two months’ bonus salary to all Saudi state employees, as well as other subsidies. Students and people with special needs and those receiving monthly welfare subsidies from the state also benefited from a bonus payment equivalent to two months of their usual income. Also included in the handouts was $5.3 billion pledged in subsidies for electricity, water, and housing. And, in a commitment to the arts, King Salman pledged SR10 million ($267,000) for every literary club in the Kingdom.

On 25 March 2015 Saudi Arabia embarked on a war against the Shiite Houthis and allied forces of the former president of Yemen, Ali Abdullah Saleh, who had taken over much of the country in the previous months. The young prince Muhammad, now the Defence Minister, spearheaded the loose coalition of some Gulf states and other mainly Arab states. The aim was officially to bring back to Yemen president Abd Rabbu Mansour Hadi, who had fled the country in February, and to force the Houthis to withdraw their forces to their home region in northern Yemen. In private circles, it was said that one reason for the ouster of the previous foreign minister, with over five decades in the post, was his objection to the use of military force. He is thought to have favoured negotiations.

This was a first for Saudis, seeing their forces taking a leading role in a confrontation with other forces. While the Saudis had indeed sent some forces into the neighbouring island of Bahrain in 2011, it was to help quell protests by the Shiite pro-democracy movement against the Sunni ruling family. This was different. The Saudis carried out daily bombing missions on Houthi and allied targets in Yemen but were hesitant to expose their largely inexperienced forces to ground combat against a seasoned opponent in difficult terrain. Several months on, it gradually became apparent to most analysts that the coalition was not achieving its goals. However, to admit that would immediately stain the new career of the new Saudi defence minister. And so, instead, the bombing continued.

The Saudi media continued to portray the coalition’s role in Yemen as a necessary deterrent to expanding Iranian influence on the Arabian Peninsula. A Gulf-based diplomat commenting on the Saudi-inspired airstrikes said, “You have to remember the situation in April. Without strikes, the Houthis would be everywhere. The Iranians would be more present than ever before. Right or wrong, this was their feeling.” He added that little had been achieved, that most senior Saudi figures now accepted that the military campaign could accomplish little more, and that serious negotiations with all Yemeni parties, including the Houthis, should start. Indeed, peace talks were launched in Geneva on 15 June, but, for the time being, with little hope of progress.

The public by and large remained satisfied with a new leadership that has sacked government officials for non-performance or abuse of their positions. The public was further buoyed when the king publicly censured one of his own family and barred him from attending any soccer games, following an incident. They were elated when the king recently stated that no one was above the law, including himself. He said that citizens of the Kingdom could file a lawsuit against the king, the crown prince, or any member of the royal family if they felt wronged, unlike in many other countries, where the heads of state have immunity. 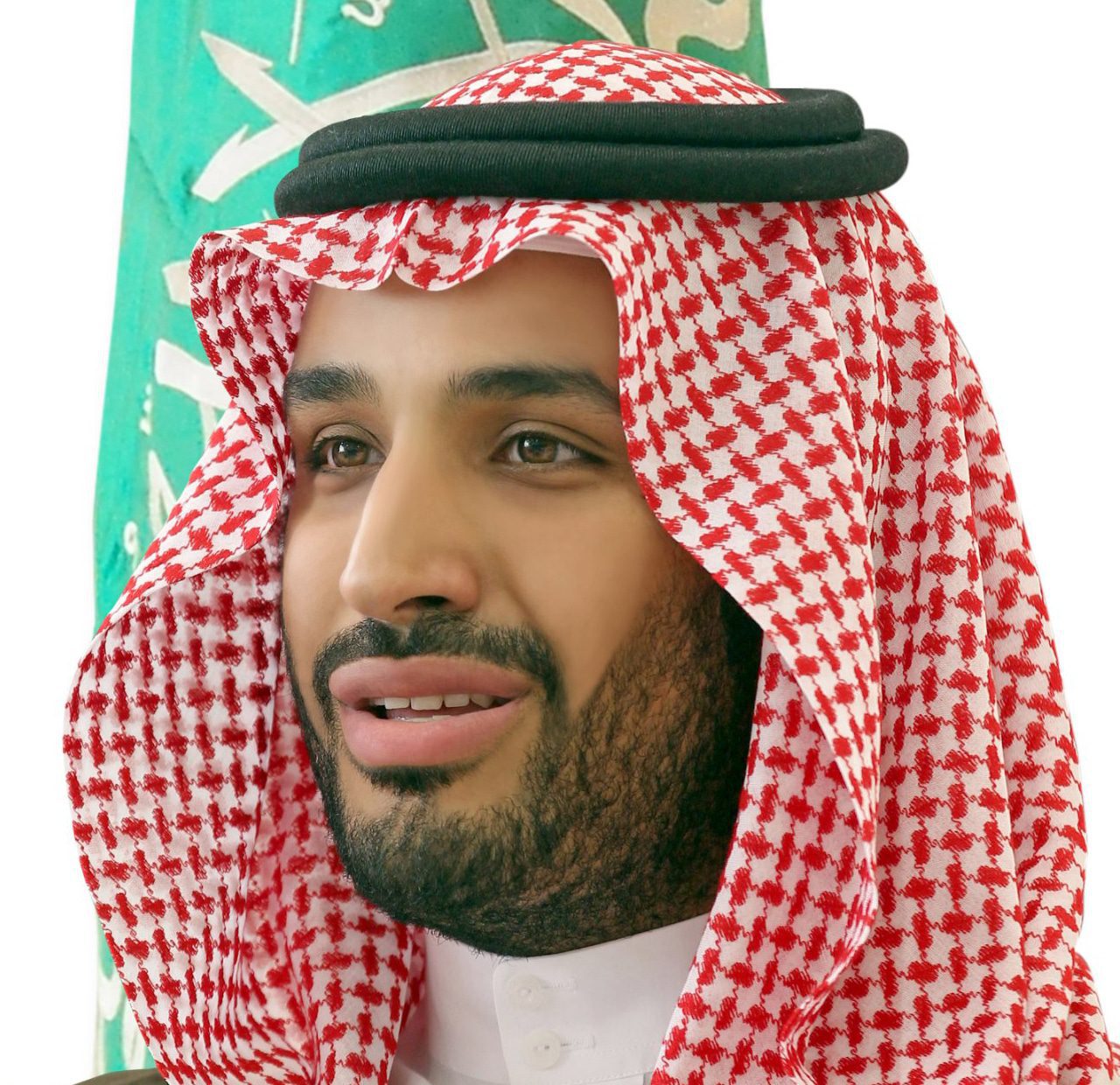 A Great Deal of Power for a Young Prince in Saudi Arabia
Muhammad bin Salman: the rising star in the ruling family.