In 1157 Hijri (1744 CE) in the town of Diriyah, north of the Saudi capital Riyadh, Mohammed bin Saud, founder of the first Saudi state, and cleric Mohammed bin Abdul Wahhab concluded a political and religious alliance. Under this alliance, the two shared power and Bin Saud provided protection and political and military support for the radical religious Wahhabi dawah (call to faith), while Abdul Wahhab and his followers provided religious and cultural support to the Saudi state.

This alliance allowed Wahhabism and Saudi politics to feed off each other for more than 250 years, even after the fall of the first Saudi state in 1818 and the emergence of the second and third Saudi states. However, the alliance saw a major change when Mohammed bin Salman, also known as MBS, was appointed crown prince of Saudi Arabia in 2017. He retained the religious right to rule and put Wahhabism aside as a religious and intellectual framework for the country.

Abdul Wahhab first emerged as a religious extremist in 1740 in the city of Haremela following the death of his father, who was also a clergyman. However, the people of the city rejected his dawah, so he moved backed to his hometown of Uyaynah. By this time, his dawah had moved from words to action in which he and his followers demolished domes erected on graves and shrines, cut down trees that were blessed by the local residents, and considered as infidel anyone who sanctified the graves of the saints and righteous. As a result, he was kicked out of Uyaynah and moved to Diriyah, where he met Bin Saud.

After the alliance had been struck between the two men, their followers began to invade and take control of cities and villages. The invasion of Karbala in Iraq was particularly bloody. Most of the residents were killed, and their property and belongings were seized under the pretext that they were polytheists who were not entitled to any rights. A similar approach was taken in other areas until Mecca and Medina, now two of Islam’s holiest cities, were annexed to the Saudi state in 1805.

Wahhabism is an austere form of Sunni Islam that insists on a literal interpretation of the Koran. Adherents believe that Wahhabism will purify Islam of customs and habits confused with polytheism and atheism. This was explained by Abdul Aziz bin Baz, former mufti of Saudi Arabia and one of the leaders of Wahhabism, who declared that Wahhabism calls for the oneness of God and denies attachment to graves, the dead, idols, believing in priests and astrologers, and the worship of trees and stones.

Moreover, Wahhabism is known for its strict obedience to the rulers and heads of states and prohibits opposition to them, defection or attempts to remove them from power. For decades, the House of Saud used Wahhabism to support for their rule. Wahhabism also played a major role in religious militancy within the kingdom, culminating in the establishment of the Commission for the Promotion of Virtue and the Prohibition of Vice, which worked for many years to fight and prevent manifestations of art and music, placed restrictions on women by denying them many rights and imposed guardianship on them, among other signs of religious orthodoxy.

The doctrine was also used to attract millions of followers in the Muslim world, known as Salafists, and establish mosques that spread this ideology in different countries. A significant amount of money was lavished on this strategy – notably air tickets to bring mujahideen from around the world to participate in jihad in Afghanistan as well as humanitarian aid for the country. MBS referred to this in an interview with The Washington Post in which he said, “Investment in schools and mosques around the world is linked to the Cold War, when allied countries asked Saudi Arabia to use its money to prevent the progress of the Soviet Union in the countries of the Islamic world.”

Besides the war in Afghanistan, the kingdom has supported many religious groups in Arab countries and contributed to the establishment of Wahhabi associations, mosques and schools, which had a major impact on the region following the Arab Spring uprisings in late 2010, when hardline religious groups gained a political foothold. This was most evident in Syria, where thousands of mujahideen and religious hardliners formed anti-regime militias, massacring citizens and imposing violent and repressive and religious systems in the areas they controlled. However, numerous countries in the Middle East and North Africa experienced bombings and other terrorist operations, adversely affecting the democratic transition in the region and prompting the world to turn a blind eye to dictatorial regimes in exchange for help fighting these groups.

From 2015, as MBS gained more political influence, the kingdom took a more open approach to religious tenets, especially when it came to individual freedoms and the arts. For example, significant limitations were placed on the Commission for the Promotion of Virtue and the Prohibition of Vice. Women were also permitted to drive for the first time, and the General Authority for Entertainment was established to sponsor the dissemination of art and music.

Moreover, radical clerics have been subject to restrictions and even harassment, prompting most of them to back down from hardline views and support MBS’ purportedly more progressive vision. For example, Abdallah al-Mani, a member of the Council of Senior Scholars and advisor to the Royal Court, described Wahhabism as fake and having nothing to do with reality. He added that associating Saudi Arabia with Wahhabism is political fabrication intended to harm the country’s image.

MBS’ clampdown on religious militancy has been described as the first step towards disengagement between the Saudi regime and Wahhabism, which have been intertwined for centuries. However, political freedoms have not been affected by this change and remain restricted. In recent years, the regime has arrested dozens of political opponents, social media activists and those who express opinions contrary to the crown prince. 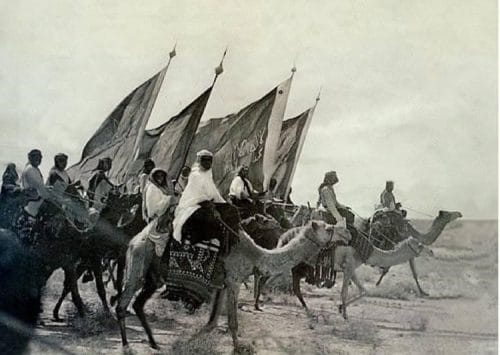