Forty-seven people convicted of plotting and carrying out terrorist attacks on civilians and security forces were executed in Saudi Arabia on 1 January 2016. The official government news agency (SPA) quoted the Ministry of Interior as saying that the 47 had been convicted of a variety of crimes, such as adopting the radical takfiri ideology, joining “terrorist organizations,” and carrying out “criminal plots” against the state. This was the largest mass execution for such offences in Saudi Arabia since those in 1980 of 63 militants who had seized Mecca’s Grand Mosque in 1979.

The ministry said that the majority of those executed were involved in attacks carried out by al-Qaeda from 2003 to 2006, which led to the deaths of many Saudis and foreigners in the Kingdom. Forty-five of those executed were Saudi nationals, one was Chadian, and one Egyptian. They had been convicted of plotting and carrying out terrorist attacks targeting civilians and security forces in Saudi Arabia and neighboring countries.

Unquestionably the most prominent of those executed was Nimr Baqer al-Nimr, a fiery Shiite preacher from al-Qatif in the Eastern Province of the country, a region of vast oil fields where most Shiite Saudis reside. The government charged that al-Nimr was the main instigator of sectarian strife in the Eastern Province and had admitted to 20 of the charges leveled against him by the prosecutor general.

Al-Nimr was found guilty of attacking the Prophet’s Companions, denying allegiance to the country’s ruler, and publicly stating that the Saudi leadership had “no legitimacy to remain in power.” He was also charged with sowing dissension, instigating citizens against the state, stirring sectarian troubles in al-Awamiyah town in Qatif in 2011 (which killed several security officers and civilians), and continuing his call for the ruling regime to be toppled.

He was also charged with calling for sectarian unrest in Bahrain and attacking the al-Jazira Shield forces that were stationed on the island to bolster the ruling family and quell Shiite sectarian strife. In a long list of indictments issued following the execution, al-Nimr was also accused of meeting several times after Friday prayers with seven of the 23 terrorists on the list of most wanted criminals issued by the Interior Ministry. Additionally, he was charged with masterminding sectarian riots in Qatif and demonstrations at al-Baqi cemetery in Medina. His family and supporters maintain that al-Nimr never called for violence against Saudi authorities or Sunnis.

Less than 24 hours after news of the execution of al-Nimr was broadcast, Saudi Arabia’s embassy in Tehran and its consulate in Mashhad were attacked by Iranian protesters in protest of the killing. In the Gulf Cooperation Council, Bahrain and the United Arab Emirates reaffirmed their support for all Saudi efforts to combat terrorism. UAE Foreign Minister Sheikh Abdullah bin Zayed al-Nahyan called the executions a “clear message against terrorism and those who call for and incite sedition and unrest to tear apart the society’s unity and threaten social peace in the kingdom.” Bahrain announced that it backed the Saudis in “all deterrent and needed measures it takes to confront violence and extremism.”

Shortly afterwards, calling the acts against its diplomatic missions in Iran acts of terrorism, the Saudis broke off diplomatic relations with their neighbour, and Bahrain followed suit. While Tehran lashed out at Riyadh for al-Nimr’s execution, the Gulf States, the Arab League, and the Saudi Council of Senior Scholars all condemned the attacks and Iranian interference in the region.

A day after the attacks on the Saudi diplomatic missions, Iran sent a letter to the UN Security Council expressing its regret over the attacks, vowing to “take necessary measures to prevent the occurrence of similar incidents in the future.” That did not appear to placate the Saudis and their allies. The UN Security Council expressed “deep concern” over the breach of the diplomatic missions and called on the Iranian authorities to protect diplomatic and consular property and personnel and to respect fully their international obligations in this regard.

With the rhetoric between the two nations showing no signs of subsiding, many political analysts worry that the diplomatic break could have more serious ramifications. Some, for instance, predicted negative consequences for negotiations about the war in Syria, in which Saudi Arabia and Iran both are involved.

While most Sunni Saudis have publicly supported the government stand against what they see as terrorism, some privately lament the timing of the government’s move. One Saudi, speaking on condition of anonymity, said, “this was the wrong time to execute the sheikh. There really was no need for it, unless it was to spark a reaction from Iran. With a senseless war in the south (Yemen) that is draining our financial resources we don’t need to get involved with making more enemies.”

Another said that the Kingdom was beset with a series of misfortunes following the death of King Abdullah in January 2015. “First it was the falling oil prices. Then it was the start of the war against the Houthis last March. This was followed by the two incidents in Mecca during the Hajj season where so many pilgrims died needlessly. Then recently the government announces price increases for fuel and electricity, which makes everything else shoot up. And now this…. Tensions with Iran? I fear what will come next.” 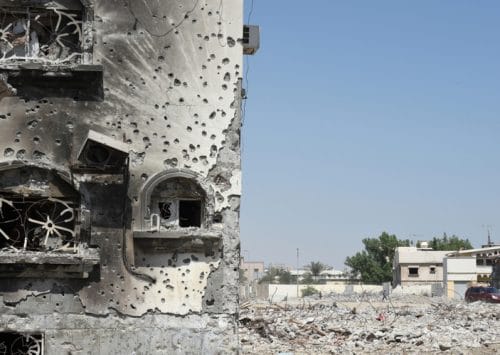 In Saudi Arabia, Shiites Struggle for Basic Rights
Saudi activists deny outright accusations that they are part of a wider Iranian conspiracy. Their only ambition, most sa...