Art and Literature in Saudi Arabia

There are art schools in many Saudi schools and universities. Many Saudi artists display their art work in government-funded galleries or privately owned ones, but opportunities for professional development or a career are limited.

Despite increasing openness, Saudi artists still face restrictions on their freedom of expression.

Islamic art seeks to portray the meaning and essence of things, rather than their physical form. Crafts and decorative arts are regarded as having full art status, but painting and sculpture are not. Instead, calligraphy is considered a major art-form, as writing has high status in Islam and is a significant form of decoration for objects and buildings. Books are also a major art form, and geometry and patterns are very important. People of religious significance are not allowed to be portrayed.

Poetry remains popular among Saudis today. They gather at cultural events, most notably the Jenadriya National Culture and Heritage Festival, and avidly read the works of established poets that are printed in Saudi Arabia every year. There is also a popular televised poetry competition.

Major publishers in Saudi Arabia include: al-Rushed Publishers and Mars Publishing House. Many Arabic novelists and writers resort to publishers outside the country, especially in Beirut, to publish their book in order to avoid the censorship and banning of their work.

Most cities now have crowded music shops. With the coming of satellite TV, many people can access music channels such as MTV and VH1. However, music has been considered ‘sinful’ by some Saudi religious scholars. This is based, in part, on certain religious interpretations which speak of the idea that music and art are distractions from God.

Saudi folk music has been shaped by the nomadic Bedouins and the pilgrims who brought musical influences from around the world. Their migratory lifestyle prevented carrying excess baggage, including musical instruments. Simple rhythms, with the beat counted by clapping or striking together everyday implements formed the basis of the music. The music varies from region to region – for example, in the Hijaz, the music of al-sihba combines poetry and songs of Arab Andalusia, while the folk music of Mecca and Medina reflects these two cities’ influences from throughout the Islamic world.

Saudi rock artists include Sound of Ruby, Wry Wreathe and Wasted Land. The recording artists from Saudi Arabia are exclusively male and such recordings are almost exclusively made in Cairo, Beirut or, increasingly, the UAE. These artists are rarely heard in ‘world music’ circles and when they sing beyond the Arab world it is almost exclusively at ‘white tablecloth’ affairs, in hotel ballrooms, performing to an audience of expatriate or visiting Gulf Arabs.

Western music is now embraced by many of the younger generation, particularly R&B and gangsta rap.

Dance is also popular among Saudis. The national dance is the men’s sword dance known as the arda. An ancient tradition with roots in the country’s central area known as the Najd, the arda is a combination of singers and dancers carrying swords with a poet or narrator. Men carrying swords stand in two lines or a circle, with a poet singing in their midst, and perform the traditional dance.

There are about fifty other folk dances. Al-sihba folk dance is a unique blend of Arab and Spanish dance and is typical of the Hijaz region. Another traditional dance and music is al-mizmar, which is usually performed in Mecca, Medina, and Jeddah. Samri is a folk dance involving singing poetry to the accompaniment of the daf drum. Two rows of men on their knees sway to the rhythm. The miramar is sometimes called a hair dance, because the hair is worn long and loose and is swung from side to side and tossed in circles and figures of eight. The emphasis in movement is in the delicate footwork and in the upper body.

With no cinemas or theatres in Saudi Arabia itself, live dancing is an important entertainment, although outlets are limited. The Jenadriya, an annual two-week cultural festival held near Riyadh, features handicrafts such as weaving and woodworking alongside performances of traditional music and dance from around the country. Weddings and private family gatherings are popular singing and dancing events for Saudis. Men and women are typically segregated at all such events.

Thursday and Friday are the official government and public weekly holiday. Id al-Fitr marks the end of Ramadan, the fasting month for Muslims, and Idal-Adha (Feast of Sacrifice) coincides with the pilgrimage season; both follow the lunar calendar. The National Day for Saudi Arabia commemorates the day of the formation of the modern Saudi State, 23 September 1932. King Abdullah has proclaimed 23 of September a public holiday.

In early 2000, Saudi Arabia invited expeditions to carry out archaeological exploration, and the archaeological site was proclaimed a UNESCO World Heritage Site.

Meat is cooked in various ways. Lamb is the most highly prized meat. During special events, lamb is cooked in various ways. For instance, mathbi involves grilling seasoned lamb or chicken on flat stones that are placed on top of burning embers. Mandi is another ancient way of cooking: lamb or chicken is prepared with rice, spices, and water and is barbecued in a deep hole in the ground and covered until the meat is cooked.

Saudi Arabia’s national dish is called kabsa, made of rice and boiled lamb. South Asian, Arab (mainly Lebanese), and Western cuisines are now available. Local dates are abundant and are eaten all year but especially to break the fast during the month of Ramadan.

The cuisine of Saudi Arabia is regionally diverse. Seafood is popular in the southern and coastal regions. Wheat is another staple in the Saudi cuisine. Qursan is a dish prepared of thin dried wheat loaves with gravy and cooked with vegetables and meat.

Rice is a staple in various recipes. Kabsa, saleeq, and kushari are popular Saudi recipes. The influence of the diverse ethnic populations in the western and eastern coast areas have created a rich combination of flavours – Yemeni, Egyptian, Indian, Afghan, Turkish, among many others.

Saudi cities offer a wide choice of food in traditional and upscale restaurants. Fast-food restaurants of various local and international brands are also popular. One of the most popular local fast-food chains in the Western Province is al-Baik, which serves fried, breaded chicken cooked using a delicious secret recipe.

Both traditional and modern sports are popular in Saudi Arabia. Traditional sports include horse and camel racing, falconry, and hunting with hounds. Among modern sports, football (soccer) is especially popular. The highlight of the Saudi football league is its championship tournament known as the King’s Cup. Fans also avidly follow the Saudi Arabian national soccer team in World Cup competition.

Other organized sports that have gained a following among Saudis include volleyball, gymnastics, swimming, and basketball.

Saudi Arabia has several golf courses. American expatriates introduced golf to Saudi Arabia in the late 1940s, when they created a course in the sand near Dhahran. They mixed oil with the sand to keep the course from blowing away, a method that is still in use.

Men can often be found playing sports, but women rarely participate in sports and never in the presence of men; this has given rise to many indoor gyms.

Saudi Arabia became an official participant in the Olympic Games in 1965. There are training programmes for coaches, referees, and sports-medicine personnel.

In the 2012 London Olympic Games, women from Saudi Arabia were allowed to compete for the first time. Sarah Attar in the 800-metre race and Wojdan Shaherkaniin in judo participated after negotiations between the International Olympic Committee and the Saudi Olympic Committee. Both athletes trained in private spaces or outside the country, because no women’s sport is allowed to operate in Saudi, whether privately or under government auspices. 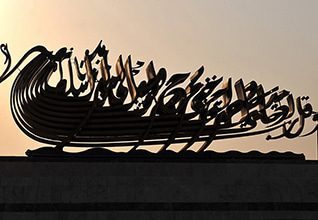 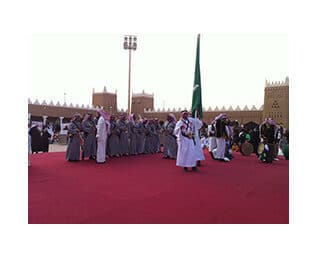 Music and Dance
Music and Dance
Saudi folk music has been shaped by the nomadic Bedouins and the pilgrims who brought musical influences from around the world. Dance is also popular among Saudis. The national dance is the men's sword dance known as the arda. 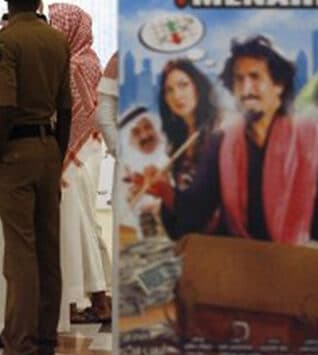 Theatre and Film
Theatre and Film
Public and private theatres or cinemas are banned in Saudi Arabia for religious reasons. Many conservatives have made headlines recently trying to stop various plays from being performed, including those at universities. 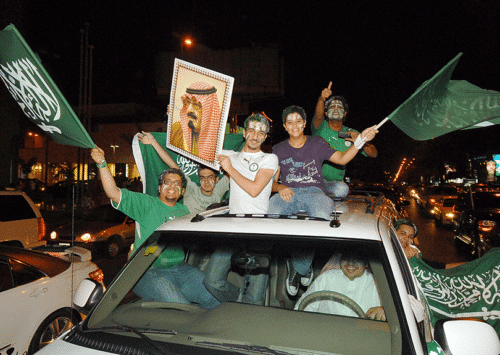 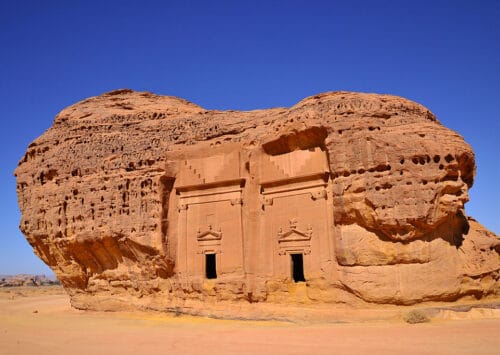 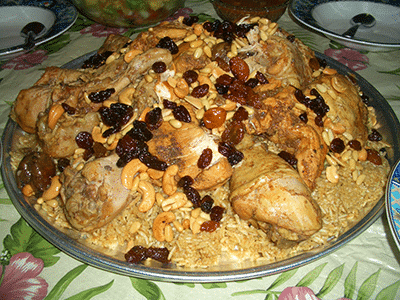 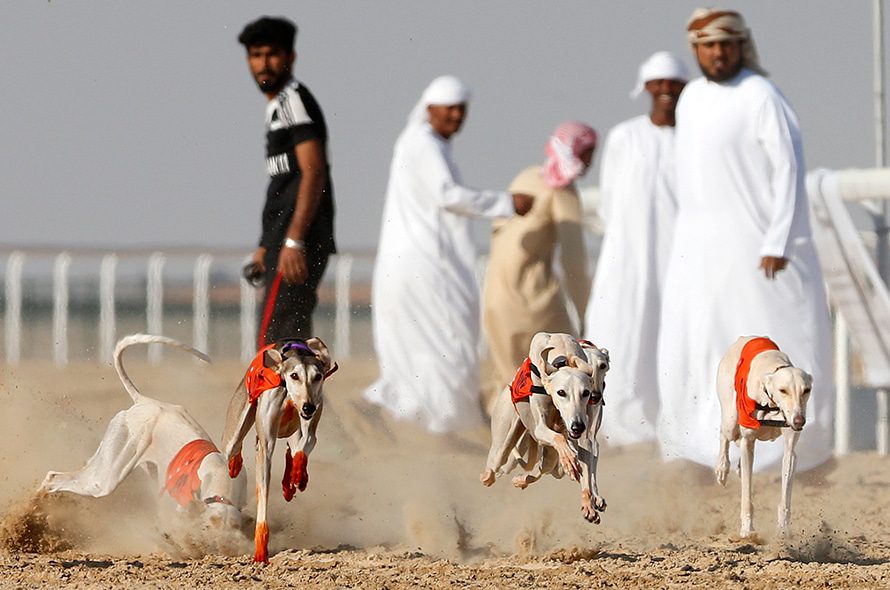 Sports
Sports
Traditional sports include horse and camel racing, falconry, and hunting with hounds. Among modern sports, football (soccer) is especially popular. The highlight of the Saudi football league is its championship tournament known as...

Ali Mansuri ©WIKIMEDIA COMMONS
"Ignorance leads to fear, fear leads to hatred, and hatred leads to violence.
This is the equation."
IBN RUSHD/AVERROES (1126 – 1198)
We are a Dutch not for profit organisation (NGO), financed solely by individuals who share our belief in the importance of publishing and disseminating reliable, unbiased information on the Middle East & North Africa region. To represent the voice of the region’s people, we carefully echo the region’s heartbeat by offering fact-checked and therefore credible information.
Your support is greatly appreciated and helpful!
Donate