Art and Literature in Saudi Arabia

There are art schools in many Saudi schools and universities. Many Saudi artists display their art work in government-funded galleries or privately owned ones, but opportunities for professional development or a career are limited.

Despite increasing openness, Saudi artists still face restrictions on their freedom of expression.

Islamic art seeks to portray the meaning and essence of things, rather than their physical form. Crafts and decorative arts are regarded as having full art status, but painting and sculpture are not. Instead, calligraphy is considered a major art-form, as writing has high status in Islam and is a significant form of decoration for objects and buildings. Books are also a major art form, and geometry and patterns are very important. People of religious significance are not allowed to be portrayed. 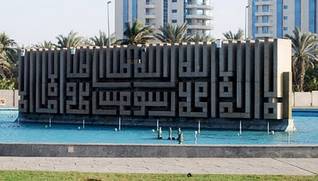 Poetry remains popular among Saudis today. They gather at cultural events, most notably the Jenadriya National Culture and Heritage Festival, and avidly read the works of established poets that are printed in Saudi Arabia every year. There is also a popular televised poetry competition.

Major publishers in Saudi Arabia include: al-Rushed Publishers and Mars Publishing House. Many Arabic novelists and writers resort to publishers outside the country, especially in Beirut, to publish their book in order to avoid the censorship and banning of their work.