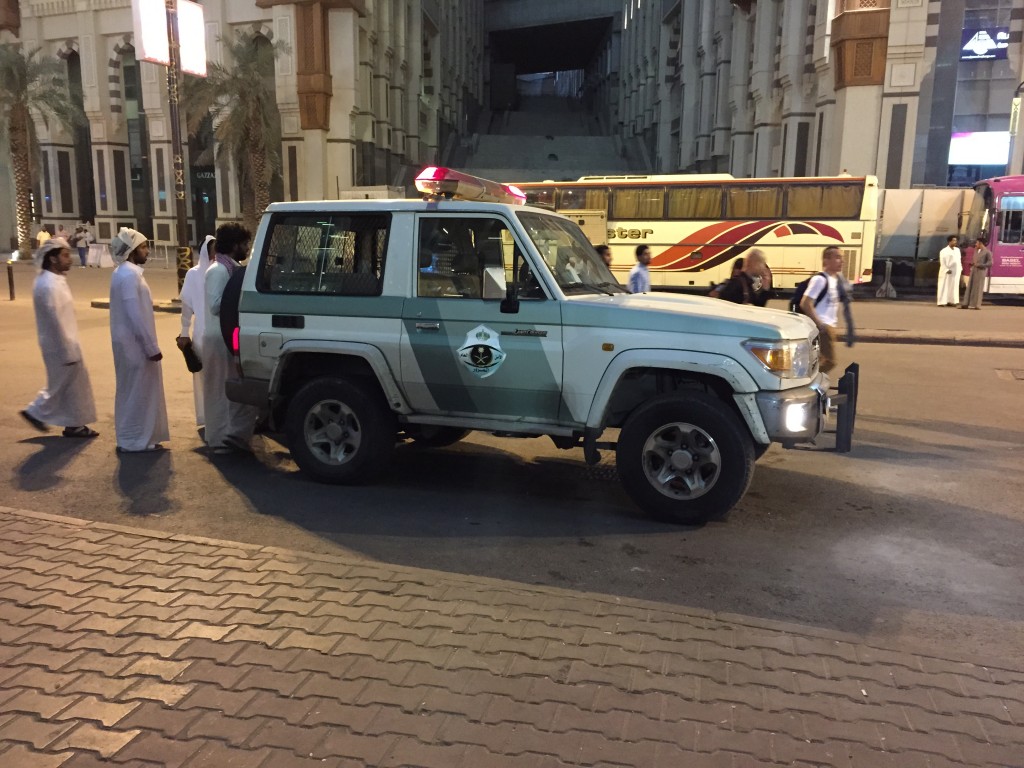 Incidents of crime in Saudi Arabia remain at a low level. Although the Saudi Arabian government does not provide crime data, non-violent street crime (petty theft and pick-pocketing) has increased in recent years.

As the head of the monarchy, the King appoints members of two advisory councils which, in conjunction with royal decrees issued by the King, enact and oversee the country’s Islam-based laws and conservative customs and social practices.

Saudi authorities do not permit criticism of Islam or the royal family, and the government prohibits the public practice of religions other than Islam. Non-Muslims suspected of violating these restrictions have been jailed. Saudi Arabia is the only country in the world to prohibit women from driving automobiles or riding bicycles on public roads anywhere in the kingdom.

Islamic law is the basis for Saudi law, which is strictly enforced by the police. Persons violating Saudi Arabia’s laws, even unknowingly, will be arrested, imprisoned (expelled in the case of non-nationals), or even executed. Suspects can be detained for months without being charged or afforded legal counsel, pending a final disposition of a criminal case. Penalties for the import, manufacture, possession, and consumption of alcohol or illegal drugs are severe, and convicted offenders can expect jail sentences, fines, public flogging, and/or deportation. The penalty for drug trafficking in Saudi Arabia is death, and Saudi officials make no exceptions. Customs inspections at ports of entry are thorough in finding drug and alcohol violators.

Throughout the kingdom, Saudi law-enforcement efforts include large numbers of high-profile uniformed and plain-clothes officers, including the religious police, working both openly and covertly.