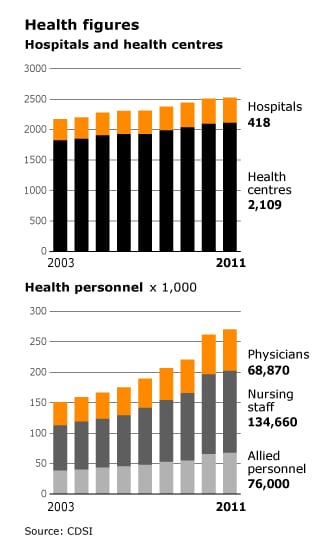 The kingdom has several hospitals that provide good care in a variety of areas, including obstetrics and gynaecology, respiratory ailments, psychiatric care, eye disorders, and contagious diseases. There are also several convalescent facilities.

Saudi hospitals have pioneered several types of organ transplants. For example, the first uterus transplant in the world was performed in 2001 at the Soliman Fakeeh Hospital, a private facility in Jeddah.

Another growing field in the kingdom is dentistry. In addition to dental clinics and specialized dental hospitals, over 150 mobile dental clinics serve residents of remote villages.

King Saud University’s School of Pharmacy has developed promising new drugs, including one for diabetes. At the King Abdulaziz University and King Saud University’s College of Science, scientists are studying radioactive isotopes to determine the effect of antibiotics on bodily functions. Scientists at King Khaled University Hospital are testing indigenous medical plants for potential use in cancer treatments.

Before the kingdom of Saudi Arabia was established in 1932, health care was generally provided by local healers. One of King Abdulaziz’s first initiatives for his new state was to establish free health care, not just for citizens, but for the pilgrims who come to the kingdom to visit the Islamic holy sites.

The Ministry of Health and other government agencies have established most of the health-care facilities in the country. The government has also encouraged greater private-sector involvement by offering long-term, interest-free loans for the establishment of hospitals, clinics, and pharmacies.

The growing life expectancy in recent years shows that the overall burden of disease has reduced markedly, with a large drop in the mortality and morbidity from communicable diseases and a huge drop in maternal mortality. Communicable disease and vector-borne outbreaks still occur, but these are no longer the major cause of illness. Increasing longevity and with alterations in lifestyle have brought a change in the patterns of disease, with a marked increase in non-communicable diseases, in particular diabetes and cardiovascular ailments. Deaths from road traffic accidents have also been increasing and are now the largest cause of death in adult males aged 16 to 36 years. In the past decade, Saudi Arabia has begun to face its AIDS problem. 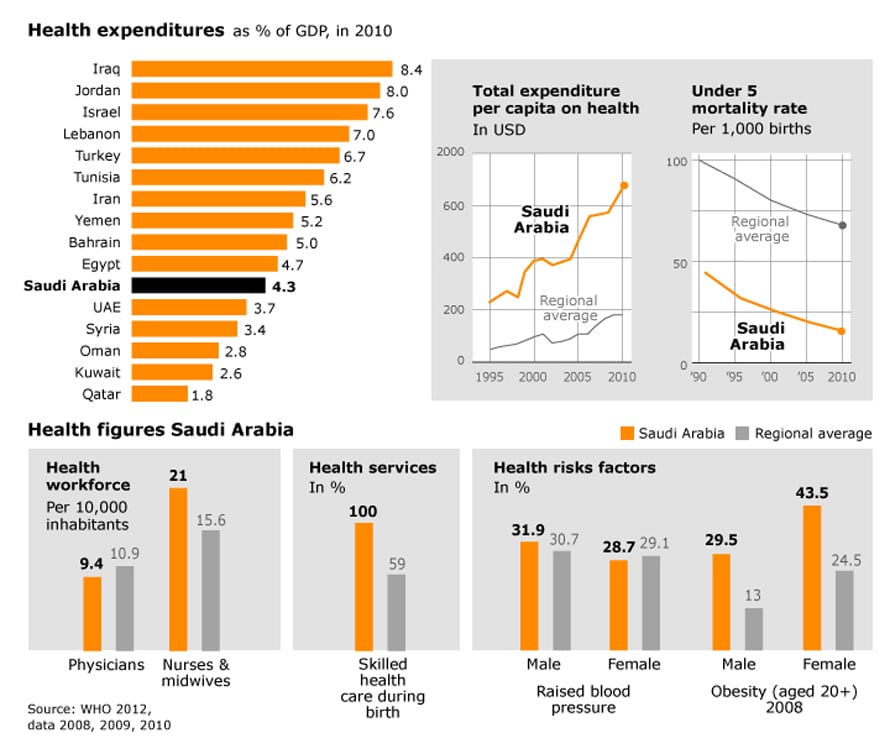