Saudi youth represents the largest demographic group in Saudi Arabia, with more than 37 percent of the total population below the age of fourteen, 51 percent below the age of 25, and two-thirds below the age of 29. This is typical of Gulf Cooperation Council demographics, where youth constitute approximately 61 percent of the population. In reaction, the government launched reforms throughout the 2000s in science and technology education to meet the demands for the job market. The Saudi curricula are generally dominated by religious education, and the reform plans aim to create more diversified, knowledge-based education to meet the demands of the economy.

Unemployment rates are highest among youths and recent graduates, reaching, according to a Deloitte report, 25.9 percent among Saudis aged 15-24 years in 2010. The female-youth unemployment rate was 45.8 percent in 2008, and 78 percent of university graduates were unemployed. The Ministry of Labour is working to create more opportunities and solutions for the ‘Saudization’ of the job market and the reduction of the rate of unemployment among young people.

The financial costs of starting a family are high for young Saudis. Many Saudis rely on help from their families or clans to finance a wedding but fall short when it comes to maintaining an adequate income.

The lack of public recreational activities and of sport clubs is an additional problem. There is a high rate of drug abuse in the country.

Some sport and cultural events are administered under the General Presidency for Youth Welfare (GPYW). Cultural clubs that organize events in various provinces provide some options for cultural exchange but only in strictly censored and gender-segregated spaces. 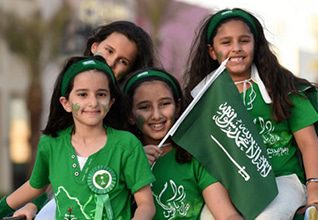 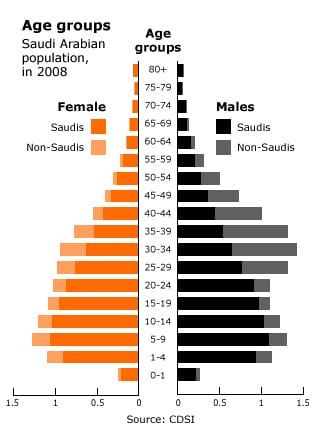