Social Cruelty… Between Customs and Laws!

Our East that is full of oddities. Human rights and social organizations dance on a rope tied on the executioner’s hand on the one end, and the victim’s neck on the other. These organizations do not recognize the bitter reality we live in. Such an approach is based on scarcity of referrals to having problematic psychological and legal issues. They only pop up balloons in the media to make a noise that doesn’t deter an oppressor or save a victim. When a man “washes out” his “shame” by killing his sister for having sexual intercourse without being married, these organizations call for putting an end to “Honor killing Laws”. When a father abuses his daughter for years, the charge will be tamed by referring it to “sexual repression”. When a man deprives his divorced wife of her rights and takes her children away from her, these organizations refer to having flaws in family laws. Referrals, claims, and condemnations that are completely void of meaning. All of them reflect the disgusting “balance” between “crime and punishment”. It is a balance that makes you feel that justice colludes with the killer and mocks the victim! The story goes on and the squandering of innocent lives grows more.

A recent video went viral for an Iraqi mother throwing her two kids into Dijla River in Iraq, as an act of vengeance against her ex-husband. Many people did not believe that such a horrible crime can happen. However, after a quick round of investigations, the Iraqi police confirmed the occurrence of the incident. The so-called human rights organization came across this case, but there was nothing but silence. This time, the crime is very shocking, and it is difficult to attribute its cause to a flawed law or a mental illness. After a few days, a new incident happened. An Egyptian mother, pushed by conflicts with her husband to go to her parents’ house and leave her baby there alone. Her husband was on a work trip abroad. Nevertheless, vengeance pushed her to cast aside her motherhood. 9 days were enough for her baby to starve to death. She and the “father” badmouthed each other later and started to accuse each other of causing the baby’s death! His death this time awakened a painful question for us Arabs: How did we become so ruthless?!

Let’s go back to the beginning and stop for a while by “Honor killing” to search for an answer for that question. To dig deeper, first we have to search the nature of the society that nurtured such a concept. We also have to do dig deep to understand the nature of the political systems that failed preventing honor killing. Once we understand the previously two mentioned factors, we can start searching the penal code and how it justifies such crimes.

The entire Arab community is a clan community. Social customs have a higher value than that of law and human rights combined. According to such customs and traditions, a man that kills his sister claiming that it was for honor, deserves for instance praise rather than slander. If he did the opposite – And here I mean if he values his sister’s freedom and right to live above the cruel social customs that condemns her to be killed – he would be branded with “shame” and would be called a “pimp”.

This also applies to a man who treats his ex-wife justly, where he comes weak and a “lesser man” under such social customs. The solution here for him is to break his ex-wife’s heart by using her children so that he can prove his manhood and avoid harsh social judgment.

And because “that’s how things are” and as the saying goes “it takes a thief to catch a thief”, you will see the helplessness of all different political regimes. Weather they do that intentionally or not, they fail to make a real breakthrough in the social customs and traditions to enable preventing the continuation of such phenomena. Such an act, they think, would end up destabilizing societies and political systems altogether.

Consequently, we reach an ugly truth that there are those who ignored legislating social laws to manage the negative effects of the community’s customs! In other words, the customs existed first, and after that a law was formed in line with those customs. Things cannot occur in an opposite way. That is why the claims and demands of human rights organizations to reform “honor killing” laws seem to be meaningless. The real flaw simply lies within the community value system, not in the law which is one of the results of the real flaw.

Since the community value system is dysfunctional and flawed, the cruelty circle widens little by little until it plagues every interaction inside society. So, Sharia gets mixed with inherited customs, and what is considered socially inappropriate is mixed up with “haram”. By this, cruelty becomes a national currency traded between society members proudly. Within this context, it is not weird for every girl that passed the age of 20 unmarried to be called a “spinster”. And at the same manner, every girl claiming her rights will be labeled as a “scolding woman”. It is not bizarre if a girl is driven forcibly to be married to her cousin because he is “most deserving” of her flesh and blood. And for a man who refused to get married with his cousin to be condemned, because he left her to a “stranger”. It is not even odd that a mother would let her infant starve to death, or that another would throw her two infants into the Dijla river. The only odd thing is that we – who come from history’s cruelty – did not hear the scream of the infants hitting the bottom of the river. I hear them saying: “The Arab society is naked”. Rather, we innocently wondered “How did we get so ruthless?” – and by this we imitate the innocence of Joseph’s brothers. 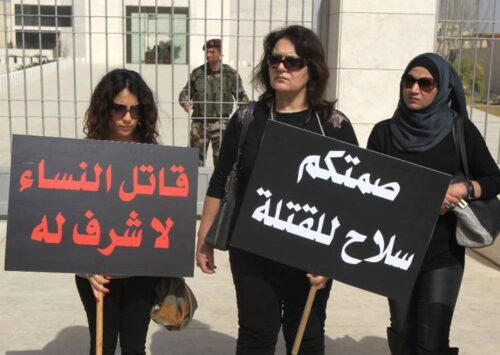 In Palestine, Honour Killing Sparks Debate on Gender-based Violence
Ghrayeb’s shocking death has triggered the outrage necessary for serious action to be taken, but individual acts of ju... 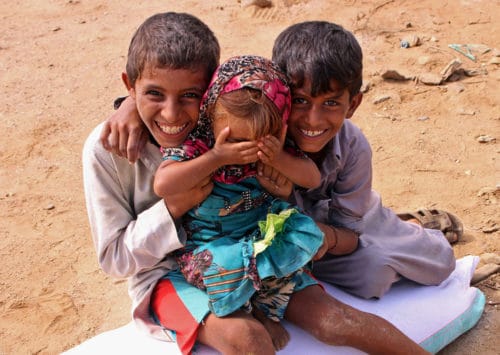 In the MENA Region, Children Most Affected by Conflict and Poverty
Among the first threats affecting children living in MENA conflict areas is child labour. According to the International... 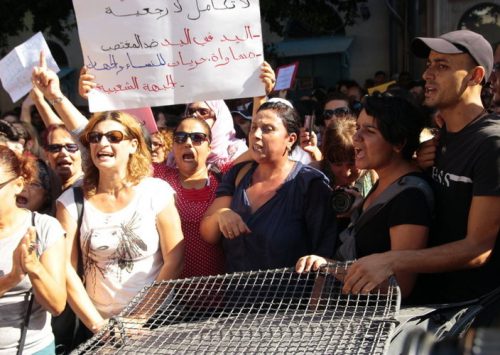 Domestic Violence in North Africa: Do New Laws Offer a Glimmer of Hope?
Female victims of domestic violence are not well protected by the law or society. Women often have difficulty providing ...