Identity is a Linguistic Phenomenon Rather than a Social One

Nowadays Arab youth are haunted with identity. They are divided between affiliated and non-affiliated to a certain identity. However, these two groups discuss this issue without having a clear background about “Identity”, its burdens and distortions.Identity is as ancient as human history. Nevertheless, it did not crystalize in its philosophical and theoretical form until the modern ages. To be exact, it was developed in the 18th century. At that time, researches about this complex notion started to appear in public.
Conferences were merely held to discuss the notion of identity. Between the historical burden and subjugation to social values, identity began to take a social, political and religious character.It was linked to what society implants in people.

We might ask also whether identity a mean to protect the majority or not. These questions are not out of context because identity gives absolute judgments that transform it into a misery imposed by the society. This misery can be seen in religious, political and even in social norms. Those judgments unfortunately cannot be debunked.

Interestingly, language is the core of identity. In fact, language created communication in its current shape and enabled connecting with even other societies. However, humans objectified identity based on language, which makes it reasonable today to consider identity as a linguistic phenomenon rather than a social one.

Nowadays, if we take a thorough look at the Arab identity discourse since it began, we will find how emotional and spontaneous this discourse was. It was actually based on the duality between “the ego” and “the other”. This identity is based on absolute refusal or absolute acceptance. No matter what form these discourses might take, they are founded on sanctification, constancy and timelessness. The crisis of the Arab identity discourse lays in simplifying the complex notion of identity and transforming it into what it cannot bear. This discourse continued to be made in a logic of absolute duality (acceptance versus refusal).

For all of that, the Arab identity appeared in an untouchable sanctified form imposed by its guardians. Those guardians are mostly represented in both religious and political authorities. They give legality to the identity discourse and frame it. Authority often imposes an identity that guarantees its survival. It only allows moderate criticism of identity “while maintaining the identity’s specificity”.

Here, we have to differentiate between two clear trends regarding Arab identity. The first trend is a constant one. It is determined by people who sanctify their identity. For them identity cannot be touched or questioned. This sanctity comes out a simple understanding of identity. This understanding often leads those people to take pride in identity. The other trend is a more rigid one.
This trend is based on refusing all subjective or social identities. The only accepted identity for supporters of this trend is humanity!
This disagreement is the same as the one existing between philosophers about the notion of identity.

The Austrian philosopher Ludwig Wittgenstein described identity as the essence of being, while German counterpart Friedrich Nietzsche described it as the habitat of illusions. Because of these differences and complexities in definition and discourse between society’s specificity and humanity, it must be clarified that criticism of identity must neither restrict nor eliminate it.

Criticizing does not also mean founding an extremist tendency about identity, but it has to discover identity’s inflexible elements and eliminate identity’s consequential illusions. That will enable it to keep up with times and accept the other without erasing oneself.
And so, youth who violate the social, political and religious values represented by their society’s identity don’t have to forfeit their identity. And this is because identity cannot be considered as a given constant element. Rather, identity is an ongoing construction of self and society. But this leads us at the end to an important question: How can we protect these non-affiliated young people when they are deprived of their identities? 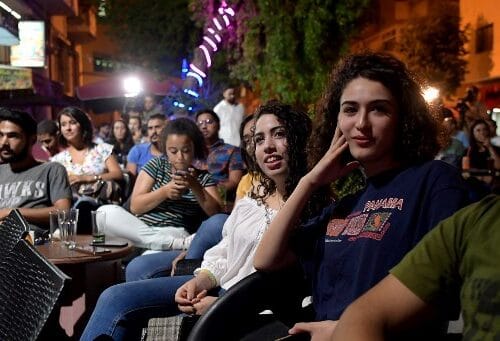 Young Arabs are Changing their Beliefs and Perceptions: New Survey
Less religious and less likely to be following religious leaders: these are the findings of a survey conducted among you...