In Tunisia, Baby steps towards the Decriminalization of Homosexuality 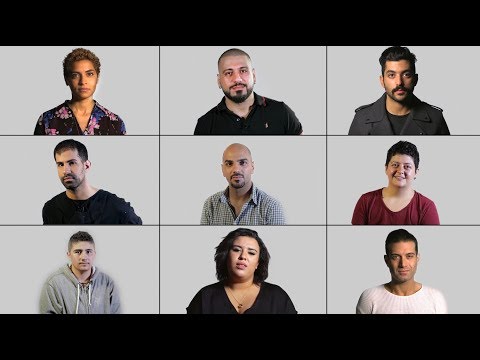 Tunisia’s Individual Freedoms and Equality Committee (COLIBE), a presidential commission comprised of legislators, professors and human rights advocates, issued a report on June 1st recommending to decriminalize homosexuality. No official declaration has been made by the Tunisian President Beji Caid Essebsi so far.

Homosexuality is illegal in Tunisia under the article 230 of the Penal code, which punishes sexual acts between two consenting adults of the same sex by up to three years of imprisonment. The French-language version of the law criminalizes “sodomy”, while the Arabic-language version prohibits both “male and female” homosexuality.

In the international organization Human Rights Watch’s (HRW) study on homosexuality in Middle East and North Africa, published on April 16, includes a video entitled “No longer alone” in which a young Tunisian man called Islèm sent a message to the other homosexual people. “The path to knowing and accepting yourself allows you to see how beautiful you are,” he said.

This message of love was answered by a legal message from the COLIBE. The committee is charged with contributing to the state of individual freedoms and equality in Tunisia through the preparation of a reform project in accordance with the requirements of the Tunisian Constitution of 2014 and international human rights standards. In its report, it recommended abolishing the death penalty, putting an end to the country’s system of patrilineal citizenship and inheritance and giving women more rights. About homosexuality, it stated that: “Some laws pose an assault on the sanctity of individuals’ privacy, including their sexual relations […] The state and society have nothing to do with the sexual life amongst adults … sexual orientations and choices of individuals are essential to private life. Therefore the commission recommends canceling [article 230], since it violates the self-evident private life, and because it has brought criticism to the Republic of Tunisia from international human rights bodies.”

In Tunisia, only the LGBTQ association Shams is recognized by the State, and has only been since May 2015. (Other LGBTQ groups exist, such as Mawjoudine, Damj, Chouf and Kelmty, but they are not recognised by law). Mounir Baatour, the president of Shams, spoke to Fanack Chronicle about the committee’s recommendation: “We are happy that the COLIBE recommended to decriminalize homosexuality, but they have several propositions. One is to abolish article 230, the other to replace the three years in jail by a 500 dinars fine (US $190), and also to forbid anal tests, by inserting objects in the anus, that is often applied to “prove” homosexuality. Of course we would prefer the first and third propositions, as decriminalization would allow homosexuals to have access to justice without being scared in case of rights’ violation or attack against them. For example, we have many cases of blackmail after a sexual encounter, traps and physical agressions. It’s a simple principle of justice for all citizens.”

For now, there hasn’t been a single reaction from the government, but Baatour remains optimist: “It would only be a compliance with the law and the Constitution, as articles 23 and 24 protect the private life and the inviolability of all citizens’ home. It needs to be applied for everybody.” Since the Tunisian revolution in 2011, he has noticed progress in terms of public and freedom of expression. For example, the LGBTQ community attracts more attention in the media, and the first Tunisia “film queer festival” was organised this year in January. The city of Tunis has held its yearly gay pride since 2015. But Baatour stressed that this evolution is followed by an increase of homosexuals’ arrests by the police.

“COLIBE [members] were met by the president, who commissioned it actually”, political analyst Youssef Cherif told Fanack Chronicle. “[Their] recommendations are being studied, but that will take a lot of time because of the other priorities and the deep political crisis of the moment. Anyway, it’s not up to the president or the Prime Minister, but the parliament to work on it.” It seems that although Tunisia is facing other priorities at the moment, COLIBE’s report is being considered and studied, but legal or political actions should take time to materialize.

“Since the revolution, the LGBTQ community has been, like others, mobilized and invested in the media and public space, with festivals and other events, which is quite unique in the Arab world except for Lebanon”, Amna Guellali, the director of the Human Rights Watch Tunis office, told Fanack Chronicle. “This visibility exposes them to counter-reactions, both through society and the police that arrests them on arbitrary basis. It’s two co-existing realities in a transition where things are moving but still uncertain.”

The COLIBE’s recommendation didn’t please all parties in power, including the Islamic democratic party Ennahdha. In a press communique published ony July 4, the movement warned against the content of the COLIBE report, saying that some points could threaten the structure of family and the unity of Tunisian society. It also reaffirmed the value of rights, liberties and gender equality, as well as the importance of deepening the social dialogue on the report.

“COLIBE holds a very pragmatic approach of the issue with its second proposition”, Guellali said. “They know that there will be resistance from conservative movements, that are not the most favorable to change, and try to have two alternatives, one ethical in regards of the national and international rights and laws, and another in half hue, to prevent the [LGBTQ] community to be thrown in jail.”

After this report, what lies aheads is political: will the President adopt these recommendations or not? “There is a wrestling between two streams of society and the President has to take a decision. It’s in his hands”, Guellali added. “Moral questions are prickly as there is no political or social consensus.”

Whether the President reacts positively or not, the issue is now in the public sphere and the COLIBE’s recommendations for a better Tunisia are out in the open. If it was to be adopted and the article 230 abolished, it would be a first step towards decriminalizing homosexuality and a unique example in the MENA region for other countries to follow.