Camels slowly trekking through the desert, shipbuilders rhythmically hammering the days away and pearl divers raising the sails of their ships. In the pre-oil days of sea and desert life, Kuwaiti society could (and to a certain extent still can) roughly be divided into two parts: a Bedouin and an urban part, each having their own musical styles.

Bedouin songs were often related to a certain tribe and accompanied by instruments such as the single string rabab. Songs were devised to motivate the camels to keep on walking. Stories have it that camels would arrive at their destination full of energy and strength, only to drop dead from fatigue after the singing and drumming stopped.

Pearl diving and shipbuilding had their own specific songs. These songs were not just a ‘singing around the campfire’ type of activity for the workers, but – just as for the camels – a necessity to keep them motivated and synchronized.

Pearl divers even took a singer with them while away on their ships. During the long months at sea, the nahma stood on the deck and led the men in chores like raising the sails. The homecoming of the divers, if they came home at all, was celebrated with special songs as well, the lyrics telling tales of agony, disaster and courage. 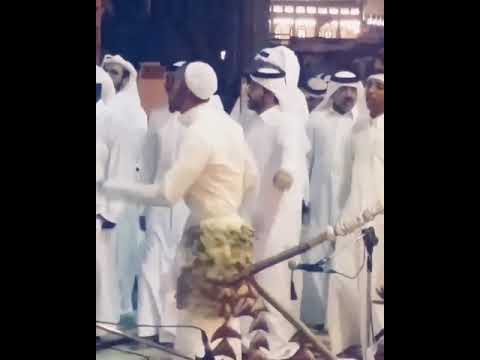 To this day, both Bedouin and maritime songs are widely known, cherished and performed by Kuwaiti musicians. Although most performances take place in private settings like diwaniyas (traditional reception areas) or on special occasions such as weddings, they are regularly scheduled in cultural centres as well.

But it was not folk songs that made Kuwait stand out musically in the region; other Gulf states have similar traditions. For example, Bahrain and Saudi Arabia have their own versions of pearl diving and tribal songs. It was Kuwait’s cultural openness and absorption of foreign influences that made the difference, developing what can be called a modern music scene. The country became known for its pioneering role in contemporary khaliji music, a style that incorporates elements of African, Indian and Iranian music overlaying indigenous Arabian sounds.

Kuwaitis were the first commercial recording artists in the Gulf, with the first known recordings made between 1912 and 1915. The country is the birthplace of sawt, a bluesy genre that became popular in the 1970s. 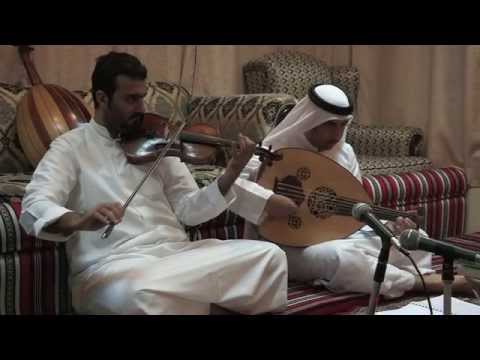 Also popular in the 1970s was Adani music, from the southern Yemeni port of Aden. A Kuwaiti woman in her sixties remembers why people liked it so much. “Adani songs had lyrics about sex and women, unlike the music we were familiar with. Not even the Egyptian or Lebanese songs of those days would mention those subjects so explicitly,” she said.

Adani music was itself influenced by East African rhythms and instruments, such as the liwa and tanbouri. To the east, Kuwait had strong trade links with India. Kuwaiti families settled in India and Indian families settled in Kuwait, bringing their music with them.

Kuwaiti music became a rich melting pot of styles and origins and produced many regionally famous singers such as the brothers Saleh and Daoud al-Kuwaiti, Shadi al-Khaleej, Aisha al-Marta and, more recently, Nawal al-Kuwaitia, whom many consider a musical icon of the Arab world.

In addition to being historically exposed and open to other cultures, Kuwait’s musical scene thrived because of its relatively liberal attitude towards music. Even though most Islamic clerics in the region took (and take) a dim view of music, musical activity was met with relative tolerance in Kuwait.

That did not apply only to male artists. Women – even before the ‘modern’ singers such as al-Marta or al-Kuwaitia – were part of the musical scene as well, often covered or dressed as men in specific performances for specific occasions such as weddings or religious celebrations.

This diverse and lively musical scene persists, although it has changed over the years. Young Kuwaiti artists no longer restrict themselves to Middle Eastern music. The internet and foreign travel have brought hip-hop, R&B, Latin rhythms, pop and other sounds into their work. This has led to new and interesting mixes, combining jazz with sounds of the oud, hip-hop with khaliji rhythms and English lyrics with Arabic ones.

However, Kuwait is no longer the only musical pioneer in the region. Other Gulf states are also opening up, notably the United Arab Emirates. Even Saudi Arabia, known for its conservatism, is catching up. Kuwait, conversely, has become increasingly conservative. It may recently have built the biggest music theatre in the Gulf Cooperation Council, but the audience is not allowed to dance.

Creeping conservatism, progressive neighbours and a government seemingly uninterested in stimulating artistic talent have set Kuwait back. Or maybe not even set back, because 1919 saw more musical talent emerge than 2019. These may be new times, but they are not necessarily better ones.