In 2012, Qatar sent female athletes to the Olympic Games for the first time. Air-rifle shooter Bahiya al-Hamad carried her country’s flag next to three other female athletes who were each competing in different events: Nada Arkaji in swimming, Aya Magdy in table tennis and Noor al-Malki in athletics. It was not the only first that year: all of the more than 200 participating countries sent female athletes, including Saudi Arabia, the only other holdout in the Middle East.

Qatar embraces both traditional sports of the Arabian desert, such as falconry, horse racing and camel racing, and modern, Western sports, of which football is the most popular. Perhaps its earliest international triumph was winning the football Gulf Cup of Nations in 1992. Up until the new millennium, however, the international participation of women athletes had been limited. In 2000, Sheikha Moza bint Nasser al-Missnad, the president of the Family Affairs Council and second wife of the former emir, established Qatar Women’s Sport Committee (QWSC). The QWSC had previously operated as a supplementary volunteer committee under the Family Affairs Council. The QWSC’s objective is to improve women’s performance in sports, enhance their participation in various sporting events, sessions and conferences at home and abroad, and improve their administrative and technical capacities. In 2001, Sheikh Tamim bin Hamad al-Thani, the crown prince and president of Qatar National Olympic Committee, affiliated the QWSC with his own, thereby elevating women’s athletics to the level of their male counterparts and affirming the country’s stance on gender equality in sport.

Since its inception, the QWSC has been responsible for promoting female participation in sport in the country. For more than 15 years, the committee has struggled to educate its conservative population about the benefits of athletics and a healthy lifestyle in general. Compared to its male counterpart (which in 2010 secured the bid to host the 2022 FIFA World Cup; bought Paris Saint-Germain FC in 2011; became the first commercial sponsor of Barcelona FC’s shirt in 2013; and in 2016 secured the bid to host the 2023 World Championships), women’s sport seems to be progressing slowly, sometimes even regressing – like when the women’s basketball team walked away from a match against Mongolia during the 2014 Asian Games after being ordered to take off their headscarves. When compared to its own past, however, Qatar is making massive strides in promoting women’s participation in the field.

In 2004, for instance, Shorouq al-Sowaidi, the pioneer of women’s golf, began practising under the auspices of the Qatar Golf Association (QGA), established in 1991. Al-Sowaidi became the first woman to represent her country in the 2006 Doha Asian Games. Two years later, Yasmian al-Sharshani joined the QGA, becoming the only member of the women’s national team. She represented Qatar in the 2011 Arab Games in Doha. The QGA has continued to enroll and train new female golfers. In 2015, it introduced girls under the age of ten to the game as members of its expanding youth academy.

Unlike golf, women’s football in Qatar encountered cultural resistance in its formative years. In 2004, FIFA conducted a workshop on women’s football that inspired the chairperson of Qatar Women’s Sports Committee, Ahlam al-Mana, to advocate the sport in her country. Yet cultural resistance forced al-Mana to settle for futsal, the smaller, indoor version of the game, instead. Qatar launched the first futsal tournament in 2009, at the Qatar Women’s Sports Dome. A year later, a national football team was born. It played its first international game in Bahrain during the Arabia Cup. Two years after establishing a national team, the Gulf monarchy launched a Women’s Football League. Today, the league, which is in its third season, includes seven clubs. The cultural resistance women have encountered in football (understanding of the importance of exercise remains limited and many still oppose women dressed in non-traditional attire) seems illogical in light of the other sports that have taken off, golf being one of them.

Qatar has even managed to attract international participation. The Qatar Ladies Open, Doha’s tennis tournament, has been held since 2001, when the QWSC became a legal body. It went on hiatus for two years when, from 2008-2010, Qatar hosted the WTA Tour Championships, an annual tournament that gathers the top players of the Women’s Tennis Association (WTA).

Following it’s Olympic debut in 2012, the QWSC enlisted the help of TSE Consulting to develop a four-year strategy for improving female athletics in the country. The committee’s president, Ahlam al-Mana, explains that the QWSC “has made tremendous efforts for women’s sport over the last few years” and that they “don’t plan to slow down”. However, the efforts of the committee – itself a branch of the Family Affairs Council – transcends its focus on gender equality in sports. At the end of the day, it has a social responsibility, claims its president. “Our work has enabled Qatari women to play a much bigger role in society and widen their opportunities.” As the richest country in the world, Qatar itself is seeking a larger role in global affairs, and like the QWSC, the country understands that politics and sports are inseparable. 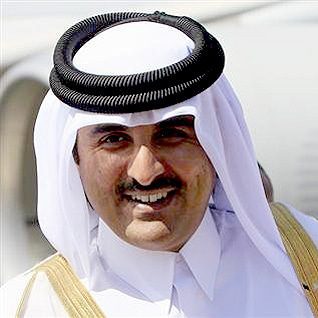