The End of the Ultras Era in Egypt

During a match at the Cairo football club Al-Ahly in the Champions League of the Confederation of African Football (CAF) in March 2018, a small number of fans were allowed in the stadium. Egypt upholds a crowd ban in its own domestic league since February 2012, when 72 Al-Ahly fans were killed in the Port Said Stadium massacre, but the CAF requires the country to allow audiences in the stadium during international matches.

“Freedom, freedom!” the Al-Ahly supporters chanted in the stadium, recalling the chants sung by protesters during and after the country’s 2011 uprising, the 25 January Revolution. Since President Abdel Fattah Al-Sisi took over power in July 2013, the space for such chants, as any other expression of revolutionary nature, has become increasingly restricted. The video of the supporters chanting, posted on YouTube, went viral on social media.

Following the match, clashes broke out between the police and the Ultras Ahlawy. 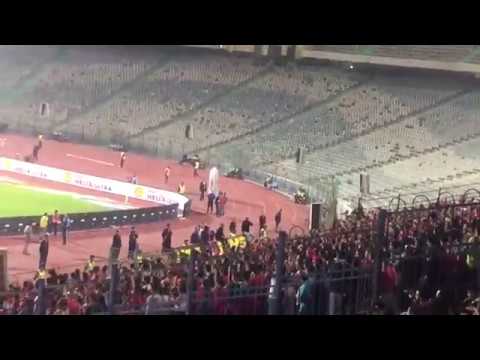 The group of radical fans of the Al-Ahly football club. 12 of the Ultras were arrested, and five more two weeks later. A month later, the Ultras Ahlawy announced thay they were to disband indefinitely, with a fairly dramatic video in which Ultra members burned their flag and read out a statement. ‘The safety of our members’ was the reason the Ultras Ahlawy group cited for its move. In May, there were reports that the fan group of rival Cairo-based team Zamalek, The Ultras White Knights (UWK), had followed suit. A bitter rivalry between police and ultras that had lasted several years and had been characterized by clashes and arrests seems to be drawn to an end.

The two Ultras groups were established in 2007, based on similar fanatic supporter groups from Europe and South America. They created their own songs, flags and banners and became known for firing massive fireworks in the stadiums. Their relation with the authorities has always been troublesome: Egypt’s security apparatus wanted to control them and limit their activities, while the Ultras were not shying away from confrontations.

In 2011, the Ultras played an important role in the protests that sparked the Arab Spring. They didn’t participate as group, but individual members were present. The groups pride themselves on having protected the protesters against police violence.

“We were the only ones strong enough to stand up against the police,” an Ultra member told Fanack Chronicle on the condition of anonymity.

In November 2011, the Ultras were part of a violent showdown in downtown Cairo between the police and protesters. For four days, Mohamed Mahmoud street, just off the iconic Tahrir square, was the scene of heavy clashes, in which around 50 people died, with many Ultras among them. The wish of Ultras to perform their activities inside and around the stadiums, and their broader wish to merely exist as organised, independent non-state group, had become strongly intertwined with the revolutionary goal of freedom from an oppressive state system.

One of the famous Ultras songs is called “We don’t forget Tahrir” and is full of insults of the police and references to how they were ‘beaten’ during the revolution. Another song targets the notoriously pro-regime president of the Zamalek club, Mortada Mansour, branding him the Kelb Al-Nizam (the “dog of the regime”).

“[The Ultras] are organised groups out of the state’s control,” sport journalist Mostafa told Fanack Chronicle. “They have a large audience of youth, and in the stadium a platform to express an independent voice. That always worries the state.”

James Dorsey, writer of the book ‘The Turbulent world of soccer in the Middle-East’, agrees. “The fight around stadiums is not separate from the fight in the country. Repression is everywhere. For the Egyptian police every gathering larger than five people is a threat,” he told Dutch newspaper Trouw.

The tide turned for the Ultras in February 2012, when a rival fan group killed 72 Al-Ahly supporters during a match in a Port Said stadium. 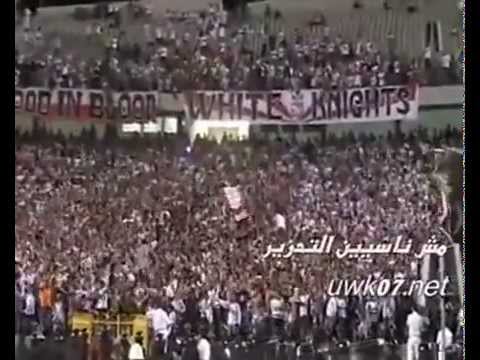 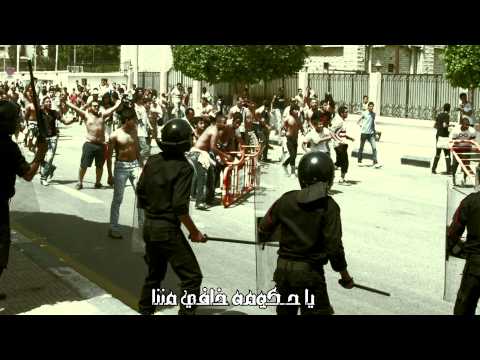 Several of the perpetrators have been sentenced to death or life in prison over these clashes, known as the ‘Port Said massacre’. However, among Ultras it is widely believed that security forces were behind it, or at least were involved sideways, by not interfering adequately when the riot erupted.

Following ‘Port Said’, Egypt banned supporters from the stadiums. At several instances, the authorities allowed limited numbers of Ultras back in, but every time this led to riots, after which the ban was re-imposed. In early 2014, Fanack attended such a match, between Zamalek and a team from Niger. Supporters held banners that were several meters high, printed with the faces of their colleagues that had been killed in clashes with the police. Heavily armoured riot police was present between the crowd and the field.

In February 2015, Zamalek supporters were once again allowed in the stadium, but things went dramatically wrong. While supporters were trying to enter through the overly crowded stadium’s gate, some by climbing over the fences, police fired tear gas. 20 people died in the stampede that followed, many of them from suffocation. No policeman was convicted following the tragedy, but Ultra members present in the stampede were, on accusations of ‘inciting riots’.

A few months after the Zamalek tragedy in 2015, the Ultras’ groups were banned by law by an Egyptian court. There was even a court case to brand them a ‘terrorist organisation’, but that was overturned. Nevertheless Ultras became target of a harsh crackdown, with dozens of its members being arrested from their homes in recent years. With the hopes of the 25 January revolution fading over the years, the Ultras have unsuccessfully tried to disconnect themselves from politics. “We are not political, all we want is to return to the stadiums,” the member that talked anonymously to Fanack said.

There was another round of arrests following the chants at the Champions League game: on top of the arrests in March, another group of 21 was arrested in April. This seemed to have pushed Ultras over the edge. “They feel desperate, and don’t see a bright future,” Mostafa told Fanack Cronicle. He believes that by disbanding, the Ultras hope to get their members out of prison. “With fellow members in prison, some for four years or more, they see no way other than dissolve and reach some kind of reconciliation with the authorities.”

However, some Ultras accounts on social media denied their dissolution, saying other sources should not be trusted. Mostafa explained that the decision to disband was not unanimous, and that many members didn’t agree. But whether or not some people want to cling on to the Ultras’ spirit, their role as an organised group that was once able to challenge the state is over.