The contested Syrian president, Bashar al-Assad, was reelected on 3 June 2014 for a third seven-year term, despite widespread local and international opposition to his remaining in power. The election took place amid a bloody three-year conflict that has killed approximately 160,000 people, displaced about 6.5 million within Syria, and prompted almost three million to flee the country.

The opposition, its Western allies, and Gulf Arabs denounced the process as a farce, arguing that no credible vote can be held in a country where great swaths of the territory are outside state control and millions have been displaced by conflict.

Voting was held only in government-controlled areas, excluding large parts of northern and eastern Syria that are in rebel hands, while the war continued on election day, with the air force bombing parts of Aleppo and fierce fighting in Hama, Damascus, Idlib, and Daraa.

According to French geographer and Syria specialist Fabrice Balanche, voting took place in only 40 percent of the territory, where 60 percent of the population lives. In several areas, including Rif Dimashq (the governorate that includes the city of Damascus), no polling stations existed at all. In Kurdish regions, the vote was widely boycotted, with the exception of few areas of Qamishli and Hassakeh, where military control is shared by Kurdish parties and the Syrian army.

Only 200,000 of the three million Syrian refugees living abroad were registered on the electoral lists in thirty-nine embassies, showing little participation in the electoral process outside Syria, according to the opposition. In Turkey, where 900,000 refugees are officially registered by the Turkish government (and between one and two million live, according to unofficial estimates), no election took place at all, because of the rupture of diplomatic ties between Ankara and Damascus, and in Jordan the participation rate among the 600,000 registered Syrian refugees was very low. In Lebanon, which hosts more than one million refugees, the scenario was much the same, despite the images transmitted by local and international media of congested roads and thousands of Assad supporters flocking to the Syrian embassy; in fact, fewer than fifty thousand people are reported to have participated in the election.

Backing the reports of low turnout among refugees, a study conducted by the Doha-based Arab Center for Research and Policy Studies (ACRPS) showed that 78 percent of Syrian refugees in the region believed the presidential election is to be “illegitimate.”

These estimates and surveys contrast with official figures and statements (see below “Assad wins with 88.7 percent of the vote”). According to the authorities, more than eleven million Syrians participated in the elections in more than 9,600 polling stations across the country—except for the city of Raqqa, which is completely under the control of ISIS (Islamic State of Iraq and the Syria/Levant). Voting was extended for five hours “because of the massive influx of voters,” the authorities said. Syrians living abroad voted “massively” for Bashar al-Assad, according to the regime, which denounced the decision by several countries, including France, Belgium, and the United Arab Emirates (UAE), to prohibit any voting on their territory.

Assad wins with 88.7 percent of the vote

The current president garnered 10,319,723 votes (88.7 percent), while the two other candidates, Hassan al-Nouri, from the National Initiative for Administration and Change, and Maher Hajjar, formerly from the People’s Will Party, received 500,272 (4.3 percent) and 372,301 votes (3.2 percent), respectively.

The first ‘competitive’ election in half a century

This election was the first multi-candidate presidential election in Syria in almost fifty years. In previous elections, the current president and, before him, his father, Hafez al-Assad, who ruled Syria with an iron fist for twenty-nine years, were elected in single-candidate referenda, in which voters cast yes-no ballots. In fact, when Bashar al-Assad came to power fourteen years ago, he ran unopposed, securing more than 99 percent of the vote. Seven years later, he won again, with 97 percent.

The election of 3 June differed from the previous ones in that two candidates, in addition to Assad himself, ran for the presidency. This was in line with the new constitution approved in February 2012, eleven months after the beginning of the Syrian revolution.

The new constitution abolished Article 8, which entrenched the power of the Baath party, establishing the principle of political pluralism and opening up future elections to the candidates of multiple parties. It also introduced a new article (88), which limits the term of office of the president to seven years, with a maximum of one reelection, although the two-term cap was not imposed retroactively, meaning that Bashar al-Assad could remain the country’s president until 2028.

The two other candidates in the latest election, Hassan al-Nouri and Maher Hajjar, were, according to the opposition, “used as puppets” by the regime in order to emphasize the democratic and multi-candidate aspects of the election. In fact, the Syrian regime fixed the election by preventing exiled Syrians from running in the election and requiring that all applications receive the sponsorship of thirty-five deputies in a parliament that is totally subject to Assad.

Towards a political solution or an additional deadlock?

The legitimacy of the latest election and the official turnout are doubted by many, Syrians and non-Syrians alike, but the main question remains whether these elections will strengthen the existing regime or will further discredit it in favor of the opposition. Another major issue is the impact of these elections on the balance of power and on the future of peace negotiations after the failure of Geneva I and Geneva II and the resignation, in May 2014, of the Special Envoy of the UN, Lakhdar Brahimi, after less than two years of fruitless efforts to put an end to the conflict.

According to several analysts, these elections will not change the current political or military status quo or the strategies implemented by regional and international powers vis-à-vis the Syrian conflict. Saudi Arabia and Qatar continue to support regime change, and their political agendas towards Syria have not been altered, in the light of the latest election and Assad’s expected maintenance of power for some time. The United States and Europe will continue to support the moderate opposition—in order to try to increase the chances of military gains on the ground without strengthening extremist groups—with the hope of forcing the regime to negotiate a political solution.

In a recent statement, on the sidelines of a military event in West Point, US president Obama said he will work with Congress to “ramp up support for those in the Syrian opposition who offer the best alternative to terrorists and brutal dictators,” but he offered no specifics.

Obama’s refusal to use military action against Bashar al-Assad’s army last September, after he had threatened to do so, hurt his image among allies and left many observers doubtful about his real intentions with respect to the Syrian conflict. 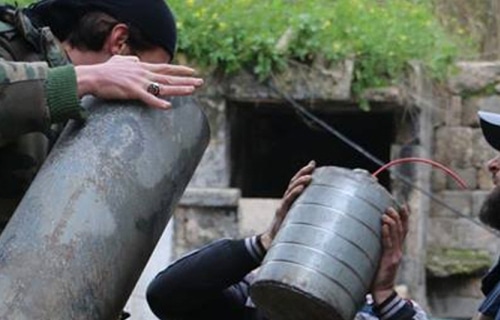 Assad’s Toughest Times
In the first half of 2015, the regime of President Bashar al-Assad has been going through what many experts believe to b...