Arab states are currently reopening their embassies in Syria, years after cutting diplomatic ties with Bashar Al Assad’s regime in 2011. At the time, the Arab League suspended Syria’s membership due to Assad’s brutal crackdown against unarmed protestors in his country.

Nearly eight years later, the Syrian armed opposition is on the verge of defeat and Assad is secure in power, thanks to support from Russia and Iran. Much of Syria’s civil opposition has also dissipated after being killed, jailed or forced into exile. Syria’s Arab neighbours are now reassessing their relationship with Assad and pivoting closer to Damascus.

Gulf countries are sending the biggest signs towards more cooperation with Syria. The United Arab Emirates (UAE), was the first country to reopen its embassy on December 27, 2018 – despite funding armed militias throughout the Syrian war.

Syrian rebel sources told Reuters that the UAE was a less prominent backer than Saudi Arabia or Qatar, but that the country still supported parts of the armed rebellion to offset Iranian hegemony and Qatari-backed Islamist groups.
Emirati officials also said that the UAE decided to normalize ties with Syria to limit the interference in ‘Arab, Syrian affairs’ – an apparent reference to Iran, which is not an Arab country and has played a vital role in protecting Assad’s regime throughout the war.

“The UAE decision … came after a conviction that the next stage requires the Arab presence and communication in the Syrian file,” tweeted Anwar Gargash, the UAE minister of state for foreign affairs.

Bahrain announced that it was reopening its embassy in Syria the following day, citing the same exact reason as the UAE. But Bahrain’s move wasn’t very surprising: in October 2018, Syria’s foreign minister, Walid al-Muallem was seen warmly embraced his Bahrani counterpart, Khalid bin Ahmed al-Khalifa, during the United Nations general assembly. “What’s happening in Syria concerns us more than anybody else in the world. Syria is an Arab country, after all. It is not right for its affairs to be handled by regional and international players in our absence,” Khalifa told reporters.

Despite the official rhetoric, Ali Bakeer, a columnist for Al-Jazeera, writes that Bahrain and the UAE reopened their embassies merely to solidify Assad’s despotic rule once it became clear that the Syrian ruler was staying in power. Bakeer argued that if the chief priority of the UAE and Bahrain really was to combat Iranian hegemony, then they shouldn’t legitimize a regime that crushed a rebellion which was trying to oust Assad and its Iranian patrons.

Other analysts, however, say that the truth is more complex. “In the end, in the big scheme of regional revolution and counter-revolution, Assad was one of them – an Arab autocrat fighting against what especially Emirati and Egyptian leaders consider subversive revolutionary and Islamist forces, such as the Muslim Brotherhood,” Tobias Schneider, a research fellow at Berlin’s Global Policy Institute, told The Guardian.

Like Gulf states, other Arab nations are pushing to normalize their ties with Syria after the Saudi-dominated Arab League readmits Damascus. Despite U.S objection, the decision is expected at some point this year.

Giorgio Cafiero, the CEO of Gulf State Analytics, writes in Al-Monitor that the U.S isn’t happy about this prospect and is pushing its Arab allies to use the reopening of ties with Syria as leverage to win concessions from Assad. American pressure thus poses a dilemma for Gulf states who hope to profit from major reconstruction projects.

The trickiness of this situation was on full display during the UAE’s hosting of a Syrian trade delegation in early December. Key Syrian business tycoons who were present at the delegation had previously been sanctioned by the U.S treasury.

“The long reach of US sanctions is unquestionably a concern for GCC states that seek to exert their influence in Syria, primarily via construction projects,” writes Cafiero in Al-Monitor. “Non-US companies, such as Emirati ones, seeking to enter Syria must account for Washington’s sanctions because any involvement of US citizens or American firms risks trouble.”

These dynamics, adds Cafiero, irritate GCC states, which have accused both the Trump and Obama administrations of failing to account for the Gulf’s interests when enacting foreign policy in Syria.

Assad nonetheless seems to be regaining support from his former allies by the day. Sudan’s authoritarian president, Omar Al Bashir, was the first Arab leader to visit Damascus on December 10. The state-run Syrian Arab News Agency (SANA) reported that the two heads of state discussed the “situations and crises faced by many Arab countries.”

SANA also reported that the leaders committed to building “inter-Arab relations based on the respect of the sovereignty of countries and non-interference in internal affairs.”

Just one month later, Egypt’s foreign minister Sameh Shukri said that Syria would return to the Arab League once a blueprint to end the crisis would be developed. Soon after, the Iraqi foreign minister Mohamed Alhakim told reporters at a press conference in Baghdad that his country also supports the restoration of Syria’s League membership. Tunisia’s foreign minister, Khemaies Jhinaoui, was even more explicit. During a press conference in Tunis with his Russian counterpart Sergei Lavrov, he said that Syria’s “natural place” is in the Arab League. “As we have discussed in Algeria and Morocco over the past few days, we would like Tunis to also support Syria’s return to the Arab family, the Arab League,” Lavrov also told reporters.

Such clear messages indicate that Assad’s days as a regional pariah are numbered. For the hundreds of thousands of Syrians who revolted against him, this is a tragic reality.

Faysal Itani, a resident senior fellow with the Atlantic Council’s Rafik Hariri Center for the Middle East, which is partially funded by the UAE, notes that the restoration of diplomatic relations between the UAE and Syria was inevitable following Assad’s recapture of most of his country. That doesn’t mean, he says, that the global community will welcome Assad back with open arms – but neither will Syria languish in complete isolation. 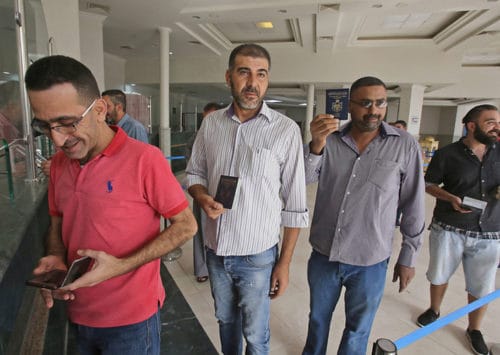 Arab Countries in the Process of a Slow Rapprochement with al-Assad’s Syria
This normalization seems to be the goal set by the al-Assad regime in order to regain its place in the region and then t...