Within months of Bashar al-Assad’s attaining the Syrian presidency, the regional and international context changed dramatically. The 9/11 terrorist attacks against the United States strengthened hardliners in Washington and prompted the declaration of a ‘war on terrorism’. Syria, as a close ally of Iran – named by US President George Bush as a member of an ‘Axis of Evil’, along with Iraq and North Korea – as a backer of Hezbollah in Lebanon and of militant Palestinian factions, and as a state that had been deemed by the United States a supporter of terrorism as long ago as 1979, came under mounting pressure from the US and its Israeli ally. In spring 2003 a US-led coalition invaded Iraq, triggering a protracted insurgency in Syria’s eastern neighbour. Washington accused Damascus of aiding the entry into Iraq of Sunni fighters.

A primary objective of Syrian foreign policy in recent years was to break out of the international isolation it suffered after the murder of former Lebanese Prime Minister Rafic Hariri in February 2005. In this quest, Damascus pinned particular hopes on Europe, and a landmark came in July 2008 when President al-Assad paid a three-day visit to Paris for a Mediterranean summit attended by the leaders of 43 states. A normalization of relations followed. Syria’s relations with the US continued to be frosty until after Barack Obama’s presidential election victory in November 2008, when they too were normalized.

The regime’s relations with Europe and the US came close to being severed as a result of the regime’s brutal suppression of the pro-democracy uprising that erupted in Syria in March 2011. In May-June 2012, several nations expelled Syrian diplomats after a massacre in Houla, and Syria replied in kind. Until recently, Bashar al-Assad’s government enjoyed generally good relations with other states in the region (other than Israel), but its crackdown on the pro-democracy uprising plunged the government into regional isolation.

Damascus’ close alliance with Iran has continued under Bashar al-Assad. The regime has also maintained its longstanding close relationship with Russia, which has continued as its main arms supplier, and cordial relations with China, which, together with Russia, has threatened vetoes to protect Syria from UN Security Council sanctions relating to the 2011-2012 uprising. 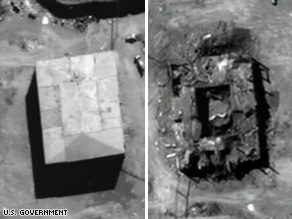 Negotiations with Israel
Although Syria remains formally at war with Israel, Damascus has repeatedly declared its readiness to sign a peace treat...