Fanack Home / Syria / History of Syria from Past to Present / After Iran Deal, Increased Diplomatic Activity to Resolve Syrian Conflict

On 17 August 2015, the United Nations Security Council (UNSC) reiterated its demands that all parties to the conflict in Syria cease any and all attacks against civilians as well as any indiscriminate use of weapons in populated areas. The statement read by Joy Ogwu, Nigeria’s permanent representative to the UN and UNSC president for the month of August, urged all warring factions to work towards a political solution to end the four-and-a-half-year civil war. It stressed that “the only sustainable solution to the current crisis in Syria is through an inclusive and Syrian-led political process that meets the legitimate aspirations of the Syrian people, with a view to full implementation of the Geneva Communiqué of 30 June 2012 and, in this regard, emphasizes the urgency for all parties to work diligently and constructively towards this goal.”

The five permanent members of the security council, especially the United States and Russia, repeatedly refer to the Geneva Communiqué (also known as Geneva-I) as providing the basis for key steps in the process to end the violence, and laying the groundwork for the establishment of a transitional governing body, with full executive powers, composed of the present government and the different opposition groups, to reach a political solution. Last July, the UN Special Envoy for Syria, Staffan de Mistura, told the Council that a new approach was urgently needed “in order to work towards political negotiations and a political transition based on the Geneva Communiqué”.

He suggested five thematic areas that need to be addressed through more focused consultations and discussions with the various Syrian parties. They are: safety and protection for all; political and constitutional issues; military and security issues; public institutions; and reconstruction and development.The UNSC urged all parties to engage “in good faith” in De Mistura’s efforts, and to continue consultations and thematic discussions, building on recent meetings in Moscow, Cairo, Paris and Astana.

Following the 17 August statement, there was renewed hope in corridors of the United Nations that the conclusion of the nuclear deal between Iran and the P5+1 would boost diplomatic efforts. In a 30 July interview with NPR radio, De Mistura himself publicly expressed this sentiment. Combatants are tiring of the blood-letting, he said, and the rise of the so-called Islamic State (IS) has created a common enemy among many of them, providing incentive for a brokered political solution. In voicing its support for De Mistura, the Council also expressed its “gravest” concern that parts of Syria are now under the control of IS and al-Nusra Front (ANF), and reaffirmed its resolve to address all aspects of the threat, calling on all parties “to commit to putting an end to terrorist acts perpetrated by these groups”.

However, there is scepticism among opponents of the Iran deal and others in the US Congress, including the American Israel Public Affairs Committee (AIPAC) and research groups in Washington, that the deal will help bring about a resolution to Syria’s bloody civil war, and might in fact increase Iran’s power and dominance, exacerbating already deep sectarian schisms. Nonetheless, reports from the region and from Washington suggest that, in the aftermath of the nuclear agreement signed in Vienna, Austria in July, a number of the countries involved either directly or indirectly in Syria’s civil war have pushed forward initiatives to end the conflict.

According to these reports, backroom negotiations involving the United States, Russia, Turkey, Iran and the Gulf Cooperation Council (GCC) countries have been going on for months, but it is the recent willingness of Moscow and Tehran, long the benefactors of Syria’s embattled President Bashar al-Assad, to engage in the issue that has made their ally in Damascus more attentive to the proposals on the table.

In recent weeks, Ali Mamlouk, al-Assad’s national security advisor, has made secret visits to both the Saudi city of Jeddah and to Muscat, Oman, where he met with high-level officials. This according to both Saudi-based sources and sources close to the al-Assad regime. Following Mamlouk’s visit, Syria’s longtime Foreign Minister Walid Muallem made an official visit in early August to Muscat to meet the Omani foreign minister where they discussed, according to Syrian state media, “efforts to put an end to the crisis … which preserves the sovereignty, unity and territorial integrity” of the country.

As early as 2012, Mamlouk has allegedly pursued different options to end Syria’s civil war. These have ranged from local ceasefires and quiet meetings with a limited number of opposition members to diplomatic initiatives with Syria’s neighbours and the GCC, landing him in trouble with the regime, according to speculative reporting.

Despite the recent flurry of diplomatic activity, however, Riyadh remains wary and observers are only willing to make cautious predictions about the impact it will have on the conflict. For now, sponsors of the warring parties in Syria seem to have enough weapons, manpower and energy to keep the fighting going. 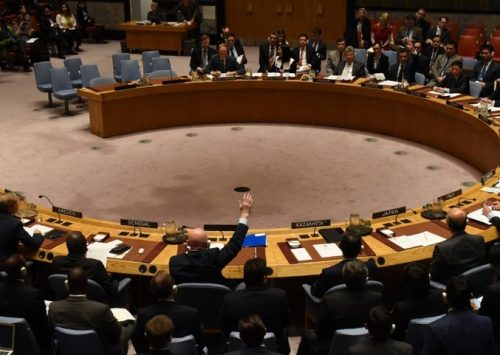 Amid New Syria Peace Talks in Geneva, No Accountability for Chemical Attacks
“The Joint Investigative Mechanism report should end the deception and false theories that have been spread by the Syr...