Syria signed the Conventions on 2 November 1953, and the Additional Protocol I (Protection of Victims of International Armed Conflicts) on November 14, 1983. Moreover, Syria became signatory to the Convention for the Rights of the Child (CRC) on 15 July 1993, as well as the Optional Protocol to the CRC on 17 October 2003.

Syria voted in favor of the UDHR in 1948, along with 48 other member nations, and has been member of the OIC since 1972. Additionally, all eight fundamental ILO conventions have been ratified by the Syrian Arab Republic.

Syria is not party to the 1951 Convention, nor its Protocol.

The Convention on the Elimination of All Forms of Discrimination against Women – also called CEDAW, was approved during the General Assembly Session on 18 December, 1979 and entered into force on 3 September 1981. On March 28, 2003 Syria acceded to the Convention. Through “accession” a state accepts the offer or the opportunity to become a party to a treaty, which has already negotiated and signed by other states. It has the same legal effect as ratification. Countries that have ratified or acceded CEDAW are legally bound to put its provisions into practice, and thereby agree to submit national reports on measures taken to comply with its obligations. Such reports are to be compiled at least every four years.

The Arab Republic made reservations to Article 2, condemning discrimination against women; Article 9 (2), concerning children’s nationality; Article 15 (4), prescribing equality of freedom of movement; Article 16 paragraphs 1c, prescribing the same rights and responsibilities during marriage and upon dissolution; 1d, listing the same rights and responsibilities of parents regardless their marital status; 1f, granting equal rights and responsibilities regarding guardianship, wardship, trusteeship, and adoption; and 1g, prescribing equal personal rights, including that of choosing a family name and profession; Article 16 (2), concerning child marriage; and Article 29 (1), discussing dispute between states concerning interpretation or application of the Convention. It is noteworthy that Article 29 (2) specifically allows for such a reservation.

Only one explanation for the reservations was listed, pertaining to that of Article 16 (2), stating it is incompatible with the Sharia. Additionally, it explicitly stated that its accession to the Convention “shall in no way signify recognition of Israel or entail entry into any dealings with Israel in the context of the provisions…”

The Convention on the Rights of Persons with Disabilities was approved during the General Assembly session on December 13, 2006 and came into force on May 3, 2008. Simultaneously, the Optional Protocol was approved, giving the Committee on the Rights of Persons with Disabilities (CRPD) competence to examine individual complaints with regard to alleged violations by States parties to the Protocol. The CRPD is the body of independent experts that monitors implementation of the Convention. Syria signed the Convention on March 30, 2007 and ratified it on July 10, 2009. On this same date, it acceded to the Optional Protocol. Syrian reservations to the Convention once more emphasized the ratification did not imply recognition of Israel or entry into relations with them. Additionally, regarding Article 12 on equal recognition before the law, it adheres to the interpretation denoted in a letter by the Iraqi Permanent Representative. As reservation to the Protocol, it states that – as allowed for in Article 8 – it does not recognize the competence of the CRPD, as listed in Articles 6 and 7, regarding cooperation in examinations or conducting inquiries in to alleged violations.

The Convention against Torture and Other Cruel, Inhuman, or Degrading Treatment or Punishment, also referred to as just the Convention against Torture, was adopted during the General Assembly session on December 10, 1984. On June 26, 1987 it was registered and thereby came into force. Its implementation is monitored by the Committee Against Torture(CAT), composed of ten individuals of various nationalities. All signatory states are obliged to send regular reports to the CAT, based on which recommendations are made. Syria confirmed its accession to the Convention on August 19, 2004. It simultaneously declared its non-recognition of the competence of the Committee as described in Article 20 and allowed for in Article 28. Additionally it specifically denotes accession to the Convention does not signify recognition of Israel.

The International Convention on the Protection of the Rights of All Migrant Workers and Members of their Families was approved by the General Assembly on December 18, 1990 and entered into force on July 1, 2003. Syria accessed it on June 2, 2005. As is the case for all other Conventions signed by Syria, a reservation was made denoting its accession does not imply recognition of Israel or that it will deal with Israel as part of the Convention.

Syria acceded to the Convention on April 21, 1969 with its standard reservation of accession not implying recognition of Israel as well as stating it does not consider itself bound by Article 22, pertaining to inter-state dispute resulting from interpretation or implementation of the Convention, stating that all parties to the dispute are to expressly consent to intervention of the International Court of Justice.

The Constitution (1973) describes the Syrian Arab Republic as a democratic, popular, socialist, and sovereign state, where freedom is a sacred right. Yet, the regime of Hafiz al-Assad, the father and predecessor of the incumbent president, was authoritarian and tolerated no dissidence. Numerous political prisoners were jailed for years. Torture cases were frequently brought to light by human rights organizations. When Bashar al-Assad took over, many hoped he would bring reforms and improvements to the human rights situation. In the early days, Bashar al-Assad released political prisoners and accepted a certain degree of press freedom.

But in 2005, after what was called the Damascus Declaration – in which a number of celebrities and renowned citizens asked for more democracy – freedom of expression was restricted again and arrests followed on charges such as attempting to change the constitution by illegal means and spreading false information. ‘As in most Arab countries, in Syria, too, the overall trend (…) has been one of steady erosion of freedom in support of the existing structure of authoritarian rule’, writes the Arab Human Development Report 2005. 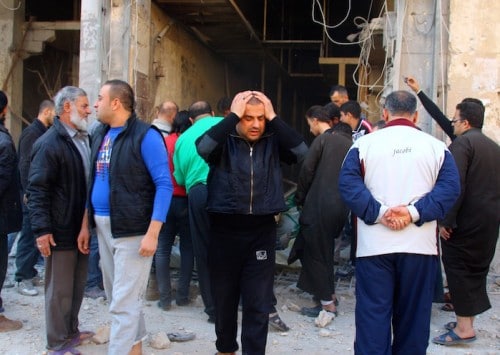 Human Rights Situation in Syria
The 2016 Human Rights Watch (HRW) country report for Syria documents the escalating use of violence in the war-torn country. Five years after the start of a conflict that involves numerous state and non-state actors, violations of... 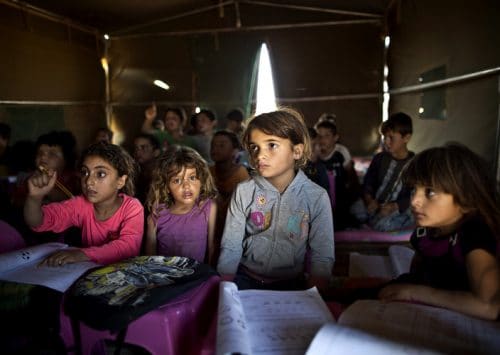 Situation of Syrian Refugee Children
UNICEF estimates that over 80 per cent – around 8.4 million children of Syria’s child population have had their lives shaped by violence, by fear and displacement, and have been affected by the conflict. 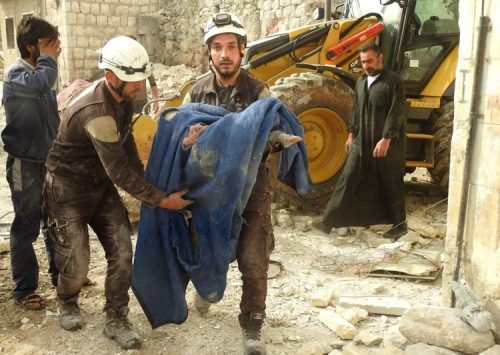 Syria: The Continuous Downfall of Human Rights
Following the uprising in March 2011, and the violent government crackdown to crush it, the human rights situation in Syria has worsened exponentially. Throughout 2016, Human Rights Watch documented a large number of deliberate at... 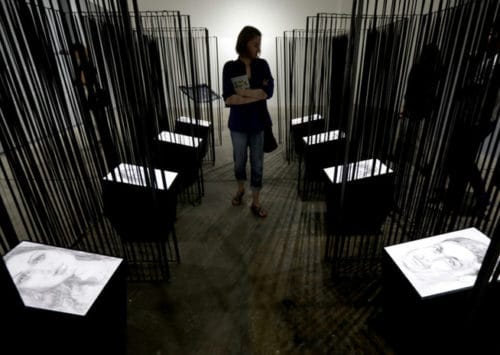 In Syria, Missing Details of Dead Prisoners Haunt Families
Local and international human rights organizations have documented the inhumane conditions in Syrian detention facilities, and testimonies from the prisoners who managed to be released focused on the torture they faced inside. Pri...