Theatre and Film in Syria 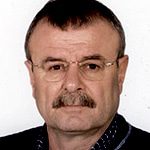 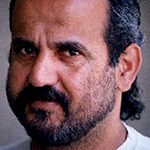 Omar Amiralay made excellent documentaries, such as Everyday Life in a Syrian Village (1974), about the construction of the dam on the Euphrates in order to create Lake Assad, and A Flood in Baath Country (2003), about the flood caused by the same dam a few years later. Amiralay does not appear in the listing of the Syrian National Film Organization, which falls under the Ministry of Culture, as his last film was critical of the Baath regime. The same listing mentions only two films by another important film director, Osama Mohammad, The Stars of the Day (1988) and Peep Show (2002), although he made many more, including Step by Step (1977) and Stars in Broad Daylight (1988). Many Syrian directors studied in Moscow.

Films are financed by the  National Film Organization. At first glance, this seems favourable for film makers. However, films can be banned upon completion and kept out of the Syrian cinemas, apart from a first screening at the (prestigious) Syrian Film Festival, which is held annually in November. In addition, directors often have to wait for years before film grants are awarded. At times, censorship forces them to take refuge in symbolic language or historical subjects.