Fanack Home / The Holocaust and the Nakba: Intersecting Traumas

The Holocaust and the Nakba: Intersecting Traumas

Book Title: The Holocaust and the Nakba: A New Grammar of Trauma and History. New York: Columbia University Press, 2018.

By: Bashir Bashir and Amos Goldberg

The Holocaust and the Nakba were very painful and traumatic events in Jewish and Palestinian history. Both events, which differ in nature and in degree, have had a decisive impact on the subsequent history, consciousness, and identities of the two peoples. The Holocaust has become a central component of Jewish identity, particularly since the late 1970s and the 1980s, in Israel and around the world. The Nakba and its persisting consequences have become a crucial part of Palestinian and Arab identities since 1948.

For the Palestinians, the Nakba is not merely about their defeat, their ethnic cleansing from Palestine, and the loss of their homeland, nor even about having become a people living predominantly as refugees outside their land and as a fragmented minority living under occupation in their own land. The Nakba also represents the destruction of hundreds of villages and urban neighborhoods, along with the cultural, economic, political, and social fabric of the Palestinian people. It is the violent and irreparable disruption of the modern development of Palestinian culture, society, and national consciousness. It is the ongoing colonization of Palestine that continues to the present through colonial practices and polices like Jewish settlements, illegal land acquisition, imposing siege on Gaza, and the evacuation of villages.

The Holocaust was an extreme genocide in which five and a half to six million Jews were murdered by the Germans and by others during World War II in harsh persecutions, shootings, and gas chambers (during the same period many millions of people from other targeted communities and ethnic groups, such as Roma and Sinti, Poles, homosexuals, communists, Soviet prisoners of war, political dissidents, and the disabled, were also exterminated). It ended in 1945 with the defeat of Nazi Germany, but its occurrence, memory, and ramifications substantially changed the course of Jewish history and Jewish consciousness in general. A rich civilization was largely destroyed within a short period of time. In place of Europe, two other Jewish centers, one in Palestine (which in 1948 became the State of Israel) and the other in the United States, took central stage.

The struggle between Jews and Arabs over Palestine did not begin in the mid-twentieth century, the period of the Holocaust and the Nakba, but rather in the late nineteenth century, with the founding of the Zionist movement and the modern Jewish settlement in Palestine. There is no doubt, however, that the events of the 1930s and 1940s greatly altered the fate of the two groups and their consciousness with regard to themselves and with regard to the conflict between them. Neither the Holocaust nor the Nakba represents the totality of Jewish or Palestinian identity in the early twenty-first century; however, both are central, perhaps even crucial, components in the collective identity and consciousness of each of the two peoples. The Holocaust for Jews and the Nakba for Palestinians (and many Arabs) are what the historian Alon Confino termed “foundational pasts,” or what the social psychologist Vamik Volkan called “chosen traumas.” Both are thus national identities in which the dimension of catastrophe and trauma play a central role and in which the national narrative revolves largely around motifs of victimhood and loss.

The Zionist and Palestinian mainstream national narratives are very different, to be sure, although they do share a remarkably similar syntax and grammar. One trait common to both dominant historical narratives is that each relies—alongside the adoption of a foundational catastrophe—on the simultaneous and forceful negation (explicit or implicit) of the catastrophe of the other. In this sense, they are narratives based on binary opposition, characteristic of structuralist semiotics. Each side is convinced that they are history’s ultimate victim, while denying or downplaying the suffering of the other side in order to validate their own claim.

The aim of this book is to mitigate and challenge the dichotomy between these two mainstream narratives. It seeks to transcend the binary, dichotomous confines that these national narratives impose on history, memory, and identity in order to consider the two narratives together. We propose another register of history and memory—one that honors the uniqueness of each event, its circumstances and consequences, as well as their differences, but also offers a common historical and conceptual framework within which both narratives may be addressed. We are suggesting a wholly different syntax and grammar of history and memory, in which the combination of “Holocaust and Nakba” or “Nakba and Holocaust” makes historical, cultural, and political sense.

We believe that the dichotomous, exclusive worldview offered by the traditional national narratives, although deeply rooted and a powerful force in the shaping of the oppositional national identities of Jews and Palestinians, is historically flawed and ethically and politically damaging. We have thus sought to transcend such exclusive national syntax—on the symbolic plane of national and historical narratives, on the one hand, but also (and no less importantly) on the ethico-political plane pertaining to the realization of the individual and collective rights of both peoples. In this sense, this book is intended, in the words of Walter Benjamin, “to brush history against the grain.” Although Benjamin’s words have become somewhat hackneyed, in this case they are entirely apt, offering a precise description of what we have sought to do in the present volume.

Politically speaking, we think that the idea of “separation/partition”—the dominant paradigm for discussing Israel/Palestine since the Peel Commission in 1937—failed. Moreover, separation is an immoral and impossible idea; binational politics and discourse should be developed instead. (By binational, we do not necessarily mean a binational state). In encountering history, binationalism means to our mind, first and foremost two major things 1) that the Nakba is a fundamental part of Israeli and Zionist history for which Israelis have to take responsibility, while the Holocaust is—in a very different way—also a part of Palestinian history because its local consequences and its global significance could not be avoided. 2) The Israelis do not own and cannot dominate the discourse of history, memory and trauma. While this egalitarian discursive framework entails decolonization and the dismantling of all forms of Jewish Zionist supremacy and privileges, it has to be sensitive and to make room for both traumas rejecting hierarchies of suffering. This way of thinking, we believe, supports and should even lead to historical reconciliation and binational political solutions that defy “separation”. But this is in a way a group project in which leading Arab, Jewish, and international scholars came together to explore the possibility of creating a shared language for discussing these traumas together.

Besides the main, framing introduction, this book is divided into four parts, all of which propose productive forms of engagement between the Holocaust and Nakba. The first part is devoted to identifying and examining the intellectual and conceptual resources that enable a new historical and political syntax in which the Holocaust and the Nakba can be thought together constructively. The book’s second part focuses on the challenges posed from bringing the Holocaust and Nakba together to dominant accounts of history and their celebrated methodologies and voices. The third part of the book is concerned with the travel and deployment of traumatic signifiers and symbols in the connection between the Holocaust and the Nakba in literature, poetry, and the arts. The fourth part is dedicated to Elias Khoury’s most recent novel, Children of the Ghetto: My Name Is Adam, the first of a trilogy. In this multilayered work, Khoury continues his thought-provoking and inspiring literary contribution on the entanglement of the Jewish and the Palestinian catastrophes.

This review of the book “The Holocaust and the Nakba: A New Grammar of Trauma and History” appeared first in English on 19. June 2019 on TRAFO – Blog for Transregional Research https://trafo.hypotheses.org/16427 and is republished with the consent of the authors and the Berlin-based Forum Transregionale Studien.” 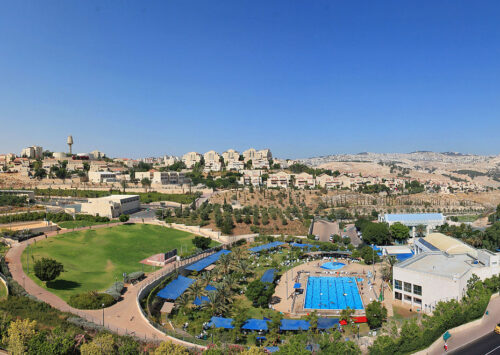 Israeli Settlements
Settlements are Jewish-Israeli communities established on territories that Israel occupied during the 1967 June War. The... 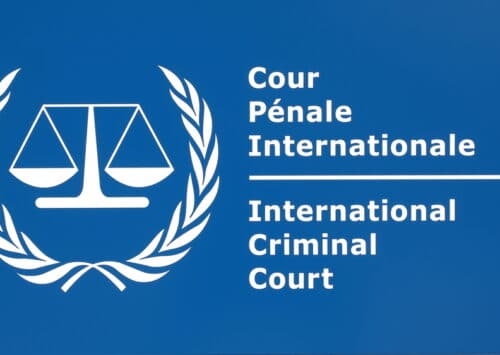 A Closer Look at the International Criminal Court’s Decision to Investigate the ‘Situation in Palestine’
Israel would, in turn, not be able to appeal the ICC’s decision as it is not a member of the court. Whether a third pa...