Fanack Home / Tunisia / Past to Present

Tunisia’s small space did not prevent it playing a vital historical role in the Middle East and North Africa, as it was the Arab Spring Revolution starting point in 2011, noting that Tunisia is the most Arab country moving towards implementing secularism and gender equality. Known previously as “Ifriqiya”, Tunisia was the historic center of the Muslims campaigns to expand in the Arab Maghreb and Europe. The Fatimid Caliphate was founded in this country. After the fall of the Abbasid Caliphate in 1258, Tunisia’s ruler was for a few years the sole Muslim Caliph. In ancient history, Tunisia was the home of the Kingdom of Carthage, which stood toe-to-toe against the Roman Empire during the Punic wars.

In this section, we will dive into this country’s history from its present to its past. By this, we attempt to get through the essential events which laid out Tunisia’s present and identity from a historian’s perspective.

The Tunisian “Mohamed Bouazizi” did not know that protesting against his economic difficulties was going to overthrow the regime in his country. Consequently, this act launched the “Arab Spring” uprisings in the Middle East and North Africa. What started as poor Tunisian protests quickly touched all the social groups and pushed them to go out to the streets. People protested against the economic situation and wanted to obtain more political rights.

When the attempts of the president Zine El Abidine Ben Ali did not succeed in containing these protests, the regime was forced to step down. Ben Ali escaped to Saudi Arabia on the 14th of January 2011.

After the success of the Tunisian revolution, Tunisia was able to live a democratic transition of power through three presidential elections. Since the  end of 2019, the university professor Kais Saied is the president of Tunisia.
To read more, click here and here.

The Tunisians had enough of the authoritarian practices of “Habib Bourguiba”. These practices encouraged them to go out to the streets and demand more political rights and democracy. Back then, Ben Ali emerged from Bourguiba’s regime to promise them economic and political openness and to pave the road to democracy. The new Tunisian president did not keep his promises. He falsified the results of the elections; continuing on the footsteps of Bourguiba’s in respect with freedoms’ suppression and human rights violations. According to the Truth and Dignity Commission, Ben Ali’s and Bourguiba’s violations accounted for more than 62,000 charges of  corruption, torture and other forms of human rights violations.

After  independence from France, the first Tunisian president Habib Bourguiba launched a series of reforms that included establishing an advanced education system and enacting a relative gender equality legislation. To bring Tunisia closer to the western world; Bourguiba tried to repeal all that he deemed related to the religious conservatism. However, many were disappointed in his government which became more authoritarian and exclusionary. This government realized the secular elite’s interests at the expense of the people’s needs.
To read more, click here.

After the end of World War II, demands calling for independence have grown. In the end, France had to comply to these demands due to the pressure exerted by the world powers. With the independence drawing near, Europeans supported the Neo Destour’s party leader Bourguiba, who wanted Tunisia to adopt a western lifestyle. Accordingly, Bourguiba became the first president of the independent republic in 1957.

between 1881 and 1956, Tunisia was under the French Protectorate. France kept the Husainid dynasty in their superficial positions.
To read more, click here.

Spain’s raids towards many strategic regions in Ifriqiya encouraged the Ottomans to expand towards North Africa. At that time, the Ottomans were a greater threat to the Hafsid dynasty compared to the Spanish, given that many Arab Muslims and Islamic scholars were in favor of an Islamic rule over a Christian one.

By 1574, the Ottoman invasion ended the Hafsid dynasty’s rule in Tunisia. The Ottoman Pasha became the ruler of Ifriqiya. Over a century, Tunisia’s rule transitioned from the Ottoman Pasha to the Deys “Military Leaders”, the Muradid Beys (1631-1702) and then to the Husainid Beys (1705-1957).
To read more, click here.

The Hafsid state (1230-1574) reached its prime when “Al Mustansir Ben Abu Zakaria” became officially the Muslims Caliph between 1258 and 1261 after the fall of Baghdad. Before the Hafsids, the North African region – including Tunisia – succumbed to the  Almohad state since 1130. This was due to the Spanish and the Sicilians’ forays.

The Fatimids had already invaded the city of Kairouan in 909. In 973, the fourth Fatimid Caliph Al-Mu’izz li-Din Allah moved from Tunisia (Ifriqiya at that time) to Egypt. Afterwards, Ifriqiya has undergone the rule of the Amazighs Zirid. This was at first under the protection of the Shia Fatimid Caliph, then as an independent state since 1048.
To read more, click here.

The Muslim Arab armies entered the Roman Tunisia province in 670. They establish the city of Kairouan which became their base in Al Maghreb. After the demise of the Umayyad state, Ibrahim ibn al-Aghlab – one of the local leaders – led an army that enabled him to sustain stability in Ifriqiya. Afterwards, he was granted the title “Emir” and ruled – he and then his dynasty – Ifriqiya between 800 and 909.

Before Islam reached Tunisia, the Byzantines ruled in Tunisia for 150 years after defeating the Vandals in 533. Back then, the Christian influence had grown in the region (Including Tunisia). the Byzantine rule was only effective in the Tunisian coastal cities, while the rest of the country was under different Amazighs tribes’ rule.

Hercules – the Son of Carthage governor – ruled Rome in 619. He defended Constantinople against the Persians and regain control over the region that includes the current Egypt and  Syria.

Before that, Julius Caesar rebuilt Carthage which became the third city in the Roman Empire and the capital of Ifriqiya province.
To read more, click here.

Around 1200 BC, the Phoenicians reached North Africa. They built Carthage in Tunisia around 810 BC. During the Punic and the Roman eras, Tunisia was a main region for the Phoenicians colonization in the region that was populated by Amazigh. The Amazigh used to live then in agricultural villages that included tribal units, each with a local leader supported by a senate.
To read more, click here. 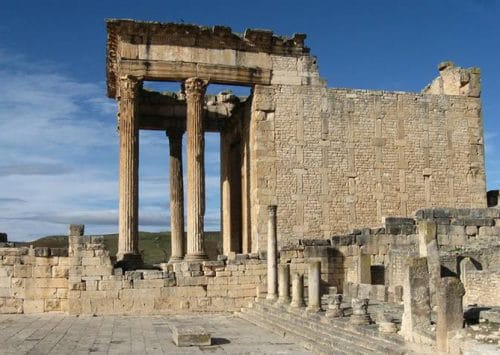 From Antiquity to the French Protectorate
According to a legend, Carthage was founded by the daughter of Pygmalion, a king of Tyre. The city was, in any case, created partly to counter the increasing Greek influence in the area. Carthage would quickly become the most impo... 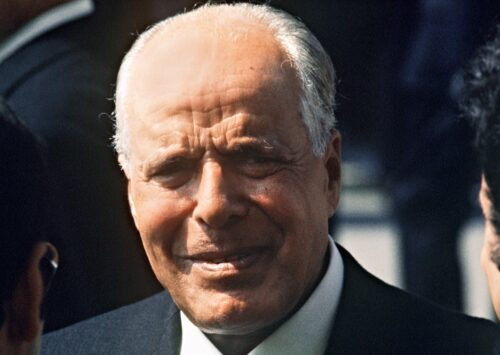 The Tunisian Revolution
Political disillusionment, caused by fierce police suppression and economic hardship – most evident in the high poverty and unemployment rates, particularly among Tunisia's youth – had long undermined the legitimacy of the aut...

Democratic changes
The Jasmine Revolution began on 17 December 2010, when Mohamed Bouazizi set himself on fire in Sidi Bouzid, and ended on 14 January 2011, the day President Zine El Abidine Ben Ali (b. 1936) fled to Saudi Arabia. On that day, the p... 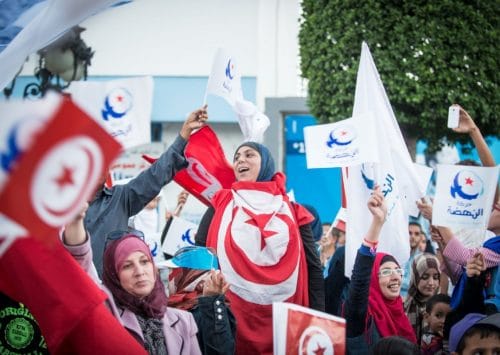 A Unique Arab Democracy
Many analysts, foreign experts, and diplomats favour a different solution: a technocratic and neutral government, resembling the one that now rules Tunisia, replacing the Troika in January 2014. Political parties would keep an eye... 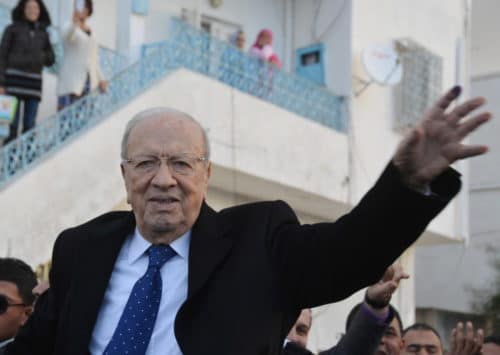 The Transition Ends. Democracy Begins?
It is feared that he will be a divisive president, if members of his party clash with Ennahda’s or Marzouki’s supporters or if he resorts to the old politics of repression used so assiduously by the ancien regime. His age is a... 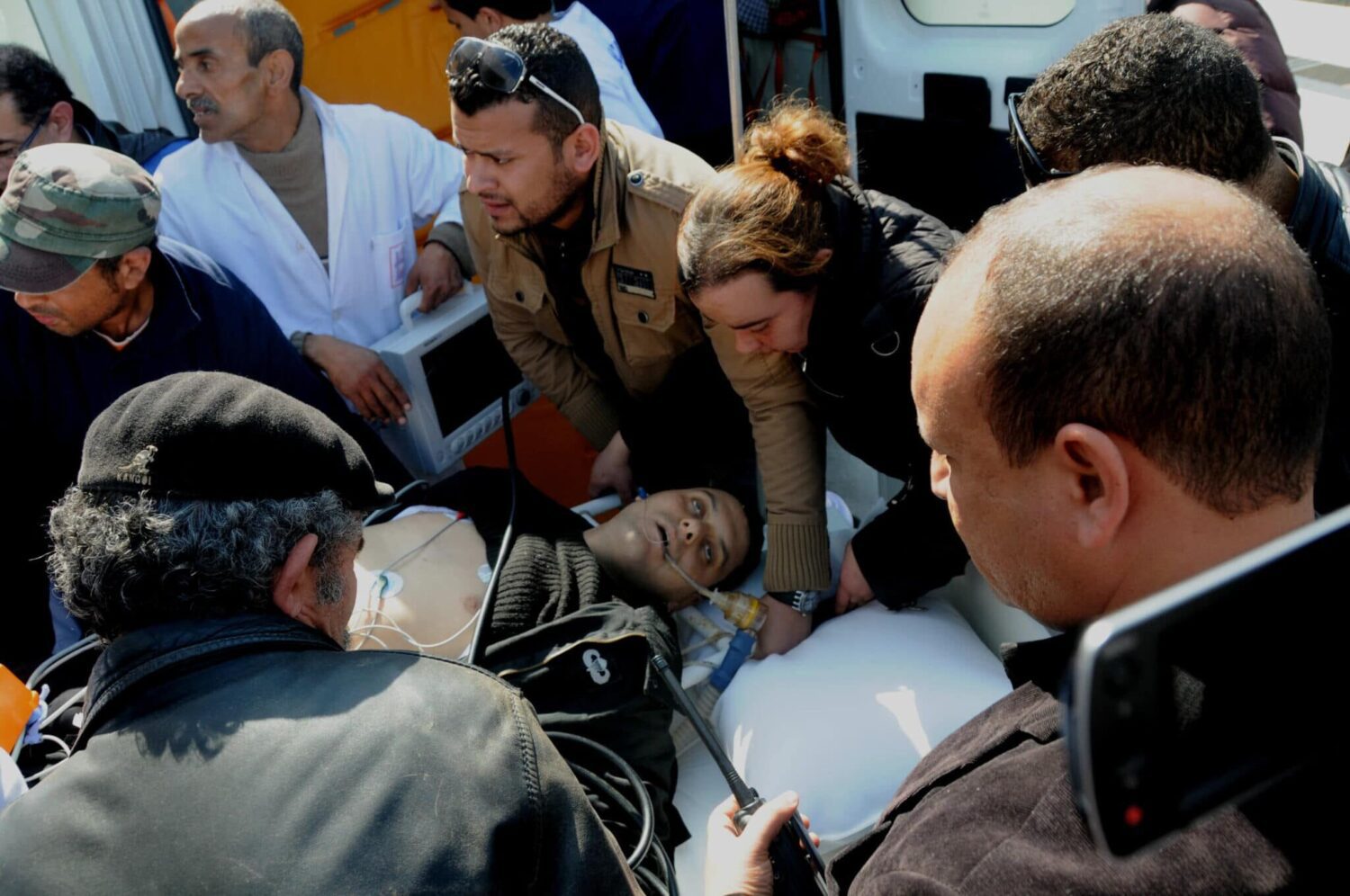 Tunisia’s Security Problem
Although the threat of terrorism was never as high as in other countries, such as Algeria and Egypt, terroristic attacks in Tunisia do pose a security problem. 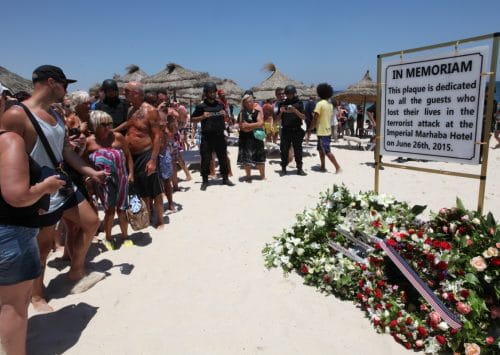 In Tunisia, is it an Era of Democracy or Terrorism?
The Hotel Riu Imperial Marhaba massacre, which left 38 people dead, was by far the bloodiest attack in the country’s recent history. It reflected a rise in religiously-motivated violence, following the Bardo Museum attack on 18 ... 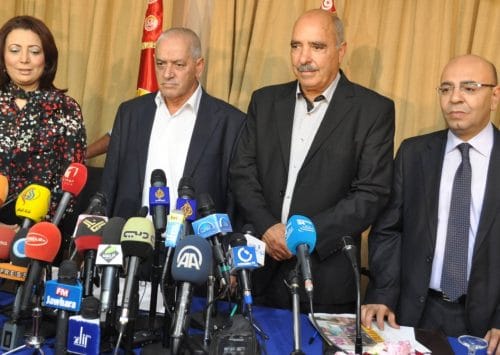 Nobel Prize: The First Fortunate Story for Tunisia in 2015
The last quarter of 2015 sent Tunisia back into the limelight, partially restoring its image to the glory it enjoyed in 2011. 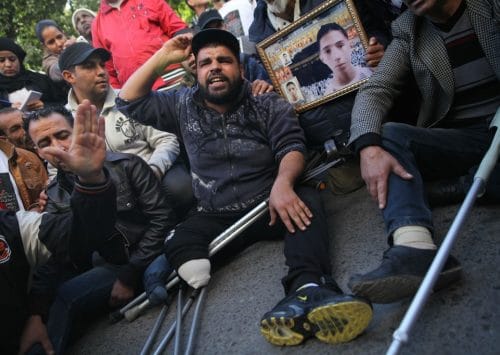 Tunisia’s (Almost) Second Revolution
In early January 2016, Tunisia marked five years since its successful revolution, but the root causes have not faded away and the country is still at risk. Youth anger, high expectations, weak leadership, and economic crisis were ...