Tunisians took advantage of the 2019 legislative and presidential elections to carry out a political spring clean. The traditional but worn-out centrist representatives, mainly embodied by former ‘modernist’ President Beji Caid Essebsi, who died in July, and his Nidaa Tounes party, have been replaced by the independent candidate Kais Saied and a wide range of nationalistic anti-establishment parties.

“We are entering the second phase of the 2011 revolution,” Amine Snoussi, a 21-year-old political scientist and blogger told Fanack. “Those who were at that time at the forefront of the social justice revolts have never noticed any change in their livelihood conditions.”

With the election of former law professor Saied, who took part in the 2011 uprisings, Tunisians again chose for a radical break with the past. As a conservative, nationalistic defender of direct democracy, the new leader is Essebsi’s antithesis.

In the previous elections in 2014, Essebsi was seen as a veteran politician (he served under both Habib Bourguiba and Zine el-Abidine Ben Ali) whose experience was indispensable for ensuring stability and preserving Tunisia’s identity as ‘the liberal exception in the Arab world’.

According to sociologist, writer and former politician Aziz Krichen, the gap between citizens and politicians has remained the same over the last eight years. “The current political parties, including the opposition parties, were established after the revolution by the old elites who are still as disconnected from the people who took to the streets in 2011,” he told Fanack. “Our present-day society is on a collision course with the establishment. We are in a transformation. New alternatives with a clear vision for the economy are in development but still immature.”

With an unemployment rate of more than 40 per cent in some areas, public debt of nearly 89 per cent and a loss of purchasing power of 40 per cent or more, the country’s economy, one of the driving forces behind the 2011 revolution, has deteriorated considerably.

“In order to stabilize the country, we have to undo the legacy of a long history of colonialism and dictatorships,” Krichen explained. “The challenges are massive. Think of the deep-rooted economic exclusion of farmers and informal workers, low wages, a growing dependence on foreign resources, the shadow economy.”

But the biggest question looming over Tunisia’s political future is how to build a stable majority government? An over-representation of male voters aged over 50 supposedly helped Ennahda win the legislative elections, with 51 of the 109 seats needed for a majority government (down from 69 seats in 2014). The newly established Qalb Tounes party, led by jailed tycoon Nabil Karoui, came second with 38 seats, followed by the social democratic Attayar party with 21 seats.

Tunisia’s second freely elected parliament is made up of a motley collection of seven medium-sized parties, ranging from Muslim democratic and anti-revolutionary to left-wing nationalist and Salafist, as well as a miscellaneous group of small political entities and independent lists, making the formation of a majority coalition seem like mission impossible.

“Tunisia is gearing up for a prolonged period of ‘stable instability’,” Krichen said. “Our former government suffered from a lack of vision, has sold our resources to foreign countries and repeated the bad habit of the dictatorial regimes of indebting itself to the [International Monetary Fund] and the World Bank. The consequences of these policies for our economy are devastating.”

Khalil Amiri, Ennahda’s programme coordinator, also acknowledged the uncertain political environment. “We see our victory as a last chance,” he told Fanack. “People are done with fighting politicians and want us to deliver.”

He recognized the challenges of forming a stable government but expects to find sufficient common ground to build a workable coalition with parties such as “the social democratic Attayar” that “in principle” has opted to be in the opposition, and “all other parties except Qalb Tounes and the self-styled anti-Islamist PDL party”.

He continued: “When there is political will, it must be possible to achieve consensus on pivotal issues such as fighting corruption, social justice and socio-economic reforms.”

Researcher and philosophy professor Maher Hanin sees a more pessimistic future for political parties. “The independent lists did well in the legislative elections, and all other successive elections held after 2014 have been won by independent candidates. This pattern suggests that Tunisians are rejecting political parties altogether. We have to come up with something new,” he said.

Despite the rise of new political movements, none of them seems to offer a substantive political platform capable of harnessing the activism of young protestors in neglected cities outside the capital Tunis, who are still demonstrating daily for better socio-economic conditions.

“We have to find a way to organize an effective political representation of ‘the Tunisian streets’,” Hanin said. “This is crucial for the political and socio-economic stability of the country and should be the core business of the left-wing political parties.” 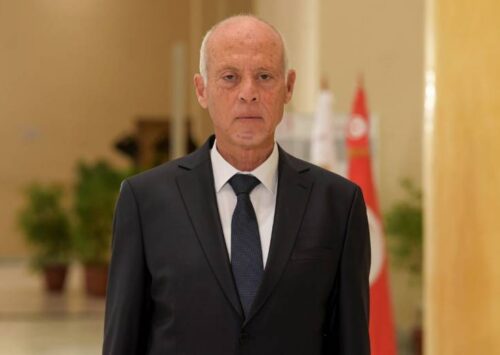