The elections held on 23 October 2011 resulted in the establishment of coalition government consisting of Ennahda (Islamists; 89 seats), Congress for the Republic (CPR, secular, social democrats; 29) and the Democratic Forum for Labour and Liberties (secular, social democrats; 20) – commonly referred to as ‘the Troika’ (with 138 out of 217 seats).

Since the Tunisian revolution and especially following the October 2011 elections, the balance of power between the various state entities has shifted: in favour of the Prime Minister (currently Ali Laarayedh, of the Ennahda ruling party) and at the expense of the President (currently Moncef Marzouki of the CPR).

As a consequence, the President’s decisions have, in several cases, been overruled by the Prime Minister, causing friction within the ruling coalition. With the drafting of a new Constitution, the future of Tunisia’s political system is still to be settled. Ennahda is pressing for a parliamentary system, while other parties favour a presidential or semi-presidential system.

As Ennahda has the most seats in the Constituent Assembly, a parliamentary system is currently the most likely outcome. 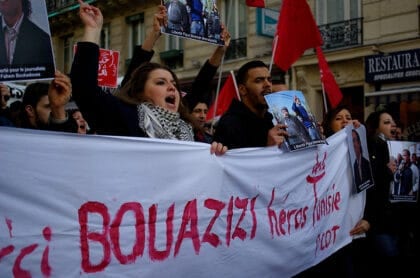