The Truth and Dignity Commission is uncovering Tunisia’s little-known past under former strongmen Habib Bourguiba and Zine el-Abidine Ben Ali. The stories emerging about state crimes are provoking a major debate that could lead to a reconciliation between the state and its people and a better understanding of the 2011 revolution, or to a general loss of confidence in the postcolonial state structure.

Established in 2014, the Truth and Dignity Commission (Instance Verité et Dignité, IVD) is tasked with investigating a wide variety of crimes committed by the Tunisian state against its own people between 1955, the year Tunisia achieved partial autonomy from France, and the end of 2013, when the Ennahdha-led government resigned. The IVD is also empowered to offer compensation to the victims, and make public the names and methods of the perpetrators.

Since its inception, the IVD, headed by human rights activist Sihem Bensedrine, has received 62,544 charges of corruption, torture and other human rights violations. Despite strong opposition from elements of the old regime, business and media elite, and anti-Islamists, the IVD held its first public hearings on 17 November 2016. Thousands of national and international viewers and listeners tuned in on television and radio, provoking a debate that continued for several days in Tunisia’s public and cyber sphere.

The first victims to testify were the families of ‘the martyrs of the revolution’, the dozens who were killed or injured in the 2010-2011 uprising. They were followed by torture survivors, many of them Islamists or leftist opposition activists, who described in detail the horrors they had endured, especially under Ben Ali’s stridently secular regime (1989-2011). The hearings continued over the following weeks.

The events recounted during these sessions are unknown to the majority of Tunisians, as their history lessons – already poor and of little interest to students – omitted many of them. The process is therefore not only about repairing injustice, it is also about making Tunisians rethink their history.

The debate reached a climax in March 2017, after the ninth hearing session. The testimonies covered the country’s independence and the early years of the republic, when a number of former fighters were jailed. Some of them testified. They revealed their hatred of former president Habib Bourguiba, Tunisia’s idealized ‘Father of Independence’, but stopped short of calling him a French puppet.

The IVD’s opponents took these testimonies as proof of the IVD’s anti-government stance and more voices began calling for an end to the commission, or at least to its public hearings. Among the other accusations levelled at the IVD is the lack of trained historians among its staff, and the fact that it has at times strayed beyond its mandate. The IVD has been polarizing, especially in the last few months.

The IVD is modelled after South Africa’s Truth and Reconciliation Commission, which was established after the end of apartheid in 1994. However, the IVD is not the first of its kind in the Arab world. Morocco’s Equity and Reconciliation Commission, which operated between 2004 and 2005, was created to address the more than 40 years of repression and human rights violations under former King Hassan II. However, the circumstances in Tunisia make it very different from its Moroccan counterpart.

Morocco’s commission was established by King Hassan’s son, King Mohamed VI, a reformer who succeeded his father naturally in 2000. Yet as reformist as he is, Mohamed VI is Hassan II’s son and holds him in high esteem. Moreover, his father’s aides remained influential under his own reign and the Ministry of Interior –accused of massive human rights abuses– was largely kept intact. Hence, while many Moroccan victims were allowed to speak out about state crimes and got some recognition, the process remained constrained by taboos and limits; torturers, for instance, were not named and did not have to come recognize their crimes in public.

Lebanon, on the other hand, where democracy would have permitted such a commission to be established, was never able to confront its past due to vetoes and threats from its different war lords, who still control the country 27 years after the civil war ended in 1990.

In Tunisia, however, the political system changed radically following the ouster of Ben Ali. It became possible to discuss any topic. Many of those in power today are themselves survivors of physical and mental torture under the dictatorship. Their demand for justice is therefore clashing with those opposed to it, who see IVD as a threat to what they worked for all their lives: the post-colonial state of Tunisia (or their personal interests).

The IVD’s work may seem provocative, but it could lead Tunisia’s various social groups to find common ground after they expose each other’s truths. Moreover, it is healthier for Tunisians to know where they come from and how their country was formed. In order to become a psychologist, the student of psychology is required to go through the painful exercise of analyzing and coming to terms with her past. This is the process Tunisians are going through at the moment.

According to Youssef Cherif, a Tunis-based political analyst, the process needs to be done correctly, and those behind the IVD should learn to deal with the polarization they have caused. “They need to be more inclusive, and try to show a more neutral image, otherwise the other side – even if some of them are torturers or corrupt people – will refuse to cooperate. Most importantly, they should bring their work under a specific umbrella, i.e. the postcolonial state, to avoid seeing people losing confidence in their state and turning against it.” The latter could lead to anarchism, and in this part of the world, to destructive extremism. 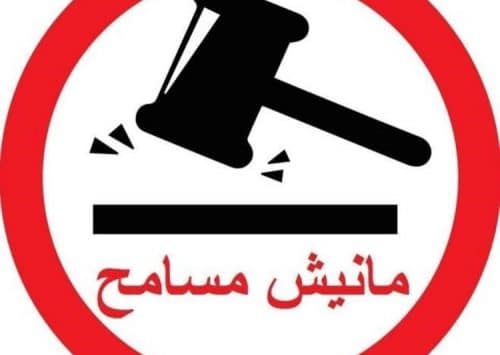 Manich Msamah, the Tunisian Movement That Will Not Forgive
Although the final legislation offered a much reduced version of the original bill, Manich Msamah considered the changes...