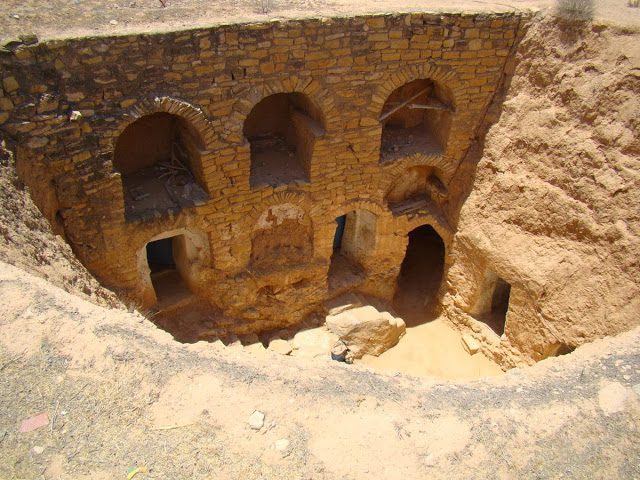 Probably the most famous aspect of Tunisian architecture is its characteristic white houses, often decorated with blue window frames and large, artistic gates and doors. There is much variation in Tunisian architecture, which has been influenced by various cultures over the centuries. Early Roman and Punic remains can, for example, be seen in Tunisia’s north and along its coastlines. Much later, the Arabs brought minarets and mosques to Tunisia, and some old religious sites can still be visited today. In Tunisia’s south, ancient Berber architecture, including the famous troglodyte pit houses, is still visible. During the French protectorate, French architecture and infrastructure came to Tunisia.

Leon petrosyan ©WIKIMEDIA COMMONS
"Ignorance leads to fear, fear leads to hatred, and hatred leads to violence.
This is the equation."
IBN RUSHD/AVERROES (1126 – 1198)
We are a Dutch not for profit organisation (NGO), financed solely by individuals who share our belief in the importance of publishing and disseminating reliable, unbiased information on the Middle East & North Africa region. To represent the voice of the region’s people, we carefully echo the region’s heartbeat by offering fact-checked and therefore credible information.
Your support is greatly appreciated and helpful!
Donate