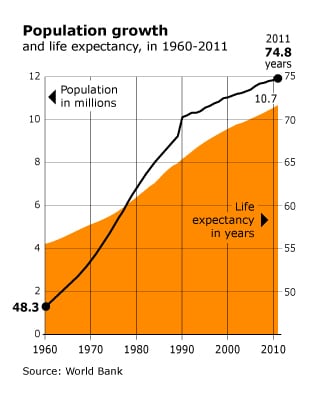 The World Health Organization’s 2008-2013 Tunisia Country Cooperation Strategy states that Tunisia has improved his health-care system over the past years, despite the country’s limited material resources. This has led to a generally effective system, with the public sector accounting for 90 percent of hospitalizations in basic health-care facilities. The number of communicable diseases, such as polio, and neonatal tetanus is either at a low level or has been decreasing constantly over recent years. The number of registered HIV/AIDS cases has risen slightly. In response to maternal- and child-health programmes, the number of maternal and infant deaths has decreased substantially. Due to regional disparities, however, maternal and child health continue poor in underdeveloped rural regions, in particular in Tunisia’s west and south. Some non-communicable diseases, such as cardiovascular disease, cancer, and injuries, are on the rise.

For years, mental health remained taboo, but Tunisians seem now to be increasingly open to it, and that facilitates treatment. 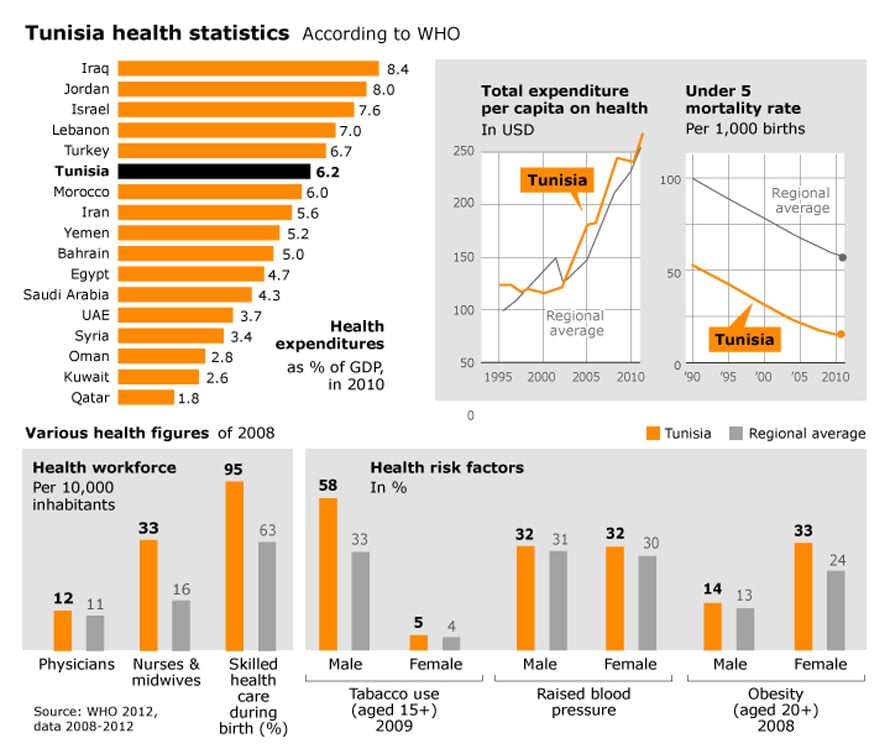 ©Hollandse Hoogte
©Fanack
©Fanack
"Ignorance leads to fear, fear leads to hatred, and hatred leads to violence.
This is the equation."
IBN RUSHD/AVERROES (1126 – 1198)
We are a Dutch not for profit organisation (NGO), financed solely by individuals who share our belief in the importance of publishing and disseminating reliable, unbiased information on the Middle East & North Africa region. To represent the voice of the region’s people, we carefully echo the region’s heartbeat by offering fact-checked and therefore credible information.
Your support is greatly appreciated and helpful!
Donate