Turkey’s President Recep Tayyip Erdogan has been a long-standing opponent of early elections. Yet in 2018, it seems he has found a use for them. Despite continued assertions that elections would be held in November 2019, voting will now take place on 24 June 2018, some 17 months earlier than planned, speeding up the implementation of the presidential system about which Erdogan called a referendum in 2017 and for which Turkey narrowly voted in favour.

Turkey’s media, all but completely controlled by pro-government companies, has cast Erdogan’s decision as a strategic master stroke. However, a columnist close to the president reported that Erdogan was not happy with Devlet Bahceli, head of the Nationalist Action Party (MHP) and a coalition partner, who first called for the vote. Supposedly, Erdogan only reluctantly agreed to bring the vote forward.

With the economy showing worrying signs, some observers have viewed the early elections as a sign of weakness, and the government certainly does not appear fully prepared for such an election. At the time of the announcement, parliament still had not passed the law defining the rules governing the eligibility of presidential candidates. The election will also coincide with national university exams, forcing them to be postponed. However, after some 15 years in power, Erdogan’s call for early elections is unlikely to be a misstep.

In announcing the early elections, Erdogan cited the need for Turkey to “surmount the uncertainty” – namely the transition from parliamentary to presidential governance – given the ongoing violence and Turkish military operations in Iraq and Syria. However, with the military’s incursions in Turkey widely considered successful, other pressures seem more likely culprits for forcing Erdogan’s hand. At the top of the list is the economy.

Turkish economic policy largely follow’s the president’s model of high growth, high interest rates and a large deficit, which has recently had analysts worried. While economic growth is still well shy of the government’s 5.5 per cent forecast, it is unclear how long government stimulus can maintain 2018’s 4.1 per cent growth. With double-digit inflation leading to exchange rates against the dollar not seen for decades, many question how stable the Turkish economy really is.

Turkey’s economy relies heavily on foreign financing, a fact that has made investors jittery in recent years. More stable financing has been replaced by short-term measures, as Erdogan has refused to acknowledge the correlation between Turkey’s descent into increasingly autocratic rule and the reticence of foreign investors to put their money into Turkey. In April 2018, Erdogan publicly chastised Deputy Prime Minister Mehmet Simsek for highlighting the apparent fragility of the Turkish economy, in a fiery speech that attacked market-calming calls for interest rates to be raised. If Erdogan’s pet infrastructure mega-projects like the Istanbul canal cannot sustain the economy, painful times may be on the horizon. And if Erdogan can hold and win an election before any considerable economic pain is felt, then he can rest easy for another term.

In a country as nationalistic as Turkey, conflict plays well. Erdogan capitalized on diplomatic clashes with several European nations during his referendum campaign, blasting the West for supposedly impeding the progress of Turkish democracy for their own gain.

In the past year, tensions with Greece have grown steadily over the return of asylum-seeking putschists, airspace infringements and the capture of military personnel. He is likely to use these tensions to consolidate nationalist support during the election.

In the April 2017 referendum that gifted Erdogan the presidential system of government, his AKP party joined forces with the nationalist MHP to form a coalition that ensured Erdogan’s campaign won. Despite a dip in public support following the vote, the military operations against Kurdish forces in Syria since then, particularly the Afrin incursion, have got the nationalist drums beating again.

With the MHP confirmed coalition partners for the forthcoming election, Erdogan is shrewd enough to know that this surge of nationalist feeling – which gels nicely with his abrasive attitude toward the West – offers an ideal environment for success at the polling booths.

The Right Side of the Law

Turkey’s unusual legal position at present also offers the AKP advantages. Ankara recently introduced an electoral law that has been roundly criticized for impeding controls that have been a mark of Turkish elections since the 1940s. Security forces can now be stationed much closer to polling stations, a fact that may scare off some Kurdish voters, and, crucially, unsealed ballots will be accepted, opening the way for ballot stuffing and rampant fraud.

Crucially, hours after the election announcement, lawmakers voted for the seventh time to extend Turkey’s state of emergency, in place since August 2016 following a coup attempt. Criticism of the state of emergency has been widespread, with the European Union’s (EU) latest report on Turkey’s human rights situation concluding that the decree has enabled Ankara to respond disproportionately. With tens of thousands of people in jail for alleged involvement in the coup attempt and human rights severely undermined, the EU subsequently reaffirmed its call for the state of emergency to be lifted immediately.

Moreover, Turkey’s opposition is woefully divided. The CHP has struggled to field a presidential candidate, the pro-Kurdish HDP’s leader, Selahattin Demirtas, is in jail facing decades of imprisonment on terror charges and the recently formed conservative, secular Iyi (‘good’) Party under Meral Aksener initially had its eligibility to run questioned. That said, the early election has helped to galvanize the opposition. In a shrewd political move, the CHP directed 15 of its MPs to defect to Iyi, bringing that party’s number of parliamentary representatives above the threshold of 20 to run in a presidential election.

The Kurdish opposition, meanwhile, has had its ranks decimated in the past year. With some 6,000 HDP party officials, half a dozen elected MPs and 85 Kurdish mayors locked up in the incarceration frenzy that followed the coup attempt, the HDP will likely struggle to pull off a strong campaign. Although the HDP broke – for the first time – the 10 per cent threshold of votes needed to enter parliament as a party, it is dangerously close to losing it again. With the HDP out of the way and the Kurdish vote sidelined, the road to re-election will be a lot clearer for the AKP and MHP. In agreeing to bring the vote forward, Erdogan may well have had his enemies’ weaknesses in mind as much as his own needs.

Yet the truth is that Erdogan remains a very popular politician. His traditional base of pious, conservative voters is large enough to ensure that. With a divided and unimpressive opposition, it is possible that he will not have to cheat to win. By calling an early election, he has maximized his chances of success in a country that still fiercely identifies as democratic, even if the reality is far more complicated. 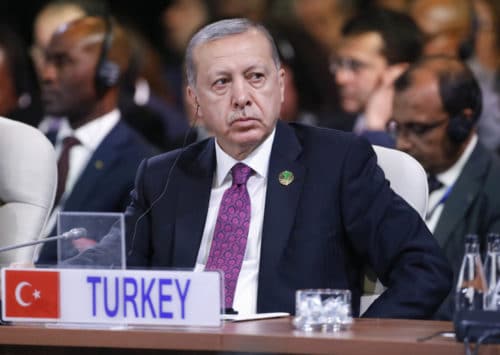 Turkey since the Election
In late July, Turkey’s central bank refused to raise interest rates, despite pressure from the international community...