The war of words between Turkey and the United States (US) threatened to turn into something much more painful in August 2018, as both sides promised to put their money where their mouths are and impose sanctions. However, behind the bluster and economic threats, two clerics are at the heart of this diplomatic tussle, prompting questions over whether the men are political hostages in this geopolitical clash.

On one side, Turkey desperately wants the extradition of Fethullah Galen, an influential Turkish cleric who has lived in self-imposed exile in the US for decades. Despite past close ties with Turkish President Recep Tayyip Erdogan, he is wanted by Ankara for allegedly masterminding the 2016 attempted coup. The US has so far refused or is still processing Turkish requests to extradite him.

On the other side, the US has demanded the release of Andrew Brunson, an American evangelical pastor imprisoned since late 2016 in Turkey on terror charges.

Since Brunson was arrested, the Turkish government has rebuffed all public demands for his release, arguing that as Turkey’s judiciary is independent (or so Ankara claims), his fate is out of the government’s hands. This is the same argument that Washington wields when Turkish politicians demand Gulen’s extradition.

This all came to a head in late July, when a Turkish court ruled to put Brunson under house arrest but refused to release him fully, infuriating the US government. The following day, 26 July, US Vice-President Mike Pence threatened sanctions against Turkey for its continued refusal to release Brunson. This heralded a new low in US-Turkish relations, after several years of deteriorating ties. Pence’s threat was seconded by President Donald Trump, who promised in a tweet to impose ‘large sanctions’ on Turkey.

The US followed up on this by sanctioning and freezing the assets of the Turkish interior and justice ministers. In response, Erdogan ordered the same sanctions against the same US ministers. However, as the US has several ministers dealing with a portfolio similar to the Turkish Interior Ministry, it is unclear exactly to whom the sanctions would apply. Furthermore, while US sanctions can be crippling for individuals targeted, mainly due to the far-reaching influence of US banks, it seems unlikely that US ministers would be much affected by these Turkish measures. That said, neither of the two Turkish ministers are expected to be hurt by these largely symbolic sanctions.

At face value (especially given Ankara’s worsening human rights record), it may seem that Turkey is the villain in this equation. Yet while Turkey’s detention of Brunson seems largely, if not totally, politically driven, the US is exploiting the situation for its own political gain.

Currently, two dual Turkish-American nationals are facing terrorism-related charges in Turkey (including a NASA scientist sentenced to seven and a half years in prison).

Two US consulate employees are already in prison while a third has been detained under house arrest. None of these cases has received anything like the attention that Brunson’s enjoys, prompting questions as to just how much the White House cares about prisoners who cannot give the president a bump in the polls.

On Twitter, Trump hailed Brunson as a ‘great Christian, family man and wonderful human being’ and an ‘innocent man of faith’. Pence echoed his description. Pence is himself a committed evangelical Christian who played a key role in cementing votes for Trump from the powerful evangelical community in the 2016 election. Brunson’s fate has become something of a cause célèbre for the administration, just months before the all-important mid-term elections this November. In official circles, Brunson is typically referred to as a ‘pastor’, a sure-fire way of building Christian support for his cause and the White House’s efforts to free him in this critical election year. Yet the political charade masking this apparent hostage diplomacy goes both ways.

Speaking at an AKP (Justice and Development Party) conference on 4 August, Foreign Minister Mevlut Cavusoglu appeared to contest any notion that Brunson was being held hostage. However, he confirmed that the two governments are in discussions regarding Halkbank. The state-owned bank was at the centre of a prominent trial in New York last year of a Halkbank executive, Mehmet Hakan Atilla, who was prosecuted for helping Iran to evade US sanctions. The US Treasury appears likely to hit Halkbank with a fine amounting to several billion dollars for its role in the scheme.

Rather damningly for Cavusoglu, several media reports exposed negotiations between Washington and Ankara to exchange Brunson’s freedom for a more lenient fine on Halkbank. The US also reportedly offered to allow Atilla to finish his sentence in his homeland. Thrown into this deal was the release by Israel of Ebru Ozkan, a Turkish activist held for aiding Hamas. Although Israel released her, a last-minute demand from Ankara for any probe into Halkbank to be dropped soured the deal. Brunson remains under house arrest.

This spat coincides with growing trade tensions between Ankara and Washington. The US is now reviewing Turkey’s duty-free access to US markets via the Generalized System of Preferences programme, pushing the Turkish lira to a new low. Turkey also fielded retaliatory tariffs following the import taxes announced by the US in recent months. In an attempt to up the pressure on Ankara, the US doubled tariffs on Turkish steel and aluminium in August. Trump announced the tariffs in a tweet, adding that bilateral relations are ‘not good at this time’.

Turkey’s economy is fragile and remains totally reliant on (and arguably addicted to) foreign investment. This is largely thanks to Erdogan’s fiscal strategy of using monster infrastructure projects and injections of state cash to keep the economy going. US sanctions would be a serious shock to the Turkish economy, which may already suffer from US pressure on countries trading with Iran (Turkey is one of Iran’s largest trading partners).

While keen to put pressure on Ankara to bow to US demands regarding Brunson, Washington is no doubt aware of the power it wields over the Turkish economy. Despite the current animosity, there is likely little enthusiasm in Washington to cripple a NATO ally, especially one as geopolitically relevant as Turkey.

Caught between striking a powerful blow to an erstwhile ally and appearing to let this same ally get away with medieval bargaining tactics, Washington is in a difficult position. Past confrontations with adversaries, including Iran and North Korea, have shown the world that the US can be forced into hostage diplomacy. Even if Erdogan cannot obtain his real prize – Fethullah Gulen – the Trump administration’s apparent desire to spare the rod will only spoil the child. With every clash, Erdogan is growing stronger at home and more confident in ability to bargain with the US. 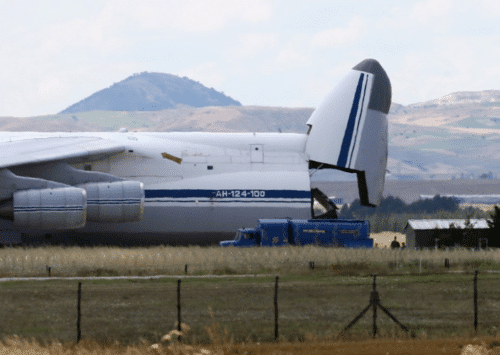 A deal too far: Turkey and the US fall apart over Russian missiles
Whatever the motivation behind the S-400 purchase, Turkey has made its pursuit of a new path very clear: away from past ...