Turkey signed the Conventions on 10 February 1954, and became signatory to the Convention for the Rights of the Child (CRC) on 4 April 1995, as well as the Optional Protocol to the CRC on 4 May 2004.

Turkey voted in favor of the UDHR in 1948, along with 48 other nations, and has been member of the OIC since 1969, and ratified all eight fundamental ILO conventions.

The Convention Relating to the Status of Refugees is based on Article 14 of the UDHR, and recognizes the right of asylum and protection of refugees. It was approved during the General Assembly meeting of December 14, 1950 and came into force on April 22, 1954. However, the original Convention limited its scope to refugees fleeing prior to 1 January 1951. As such, an additional protocol was compiled in 1967, removing these limitations.

On 24 August 1951, Turkey signed the Convention and Protocol, and ratified them on March 30 1962. In its reservations it listed its specific requirement for inclusion of Bulgarian refugees of Turkish extraction. Upon its ratification, Turkey declared that refugees may not be granted greater rights than Turkish citizens, in addition to a more specific reservation to the status of 150 unnamed persons.

The Convention on the Elimination of All Forms of Discrimination against Women – also called CEDAW, was approved during the General Assembly Session on 18 December, 1979 and entered into force on 3 September 1981. Turkey confirmed its accession on December 20, 1985. Through “accession” a state accepts the offer or the opportunity to become a party to a treaty, which has already negotiated and signed by other states. It has the same legal effect as ratification. Countries that have ratified or acceded CEDAW are legally bound to put its provisions into practice, and thereby agree to submit national reports on measures taken to comply with its obligations. Such reports are to be compiled at least every four years.

The only reservation made by Turkey was related to Article 29 (1), discussing dispute between states concerning interpretation or application of the Convention. It is noteworthy that Article 29 (2) specifically allows for such a reservation. It did express a declaration alongside this, however, stating that Article 9 (1) – granting equal nationality rights and ensuring lack of influence of marriage to an alien thereon – is not in conflict with the provisions of the Turkish Law on Nationality relating to citizenship acquisition.

The Convention on the Rights of Persons with Disabilities was approved during the General Assembly session on December 13, 2006 and came into force on May 3, 2008. Simultaneously, the Optional Protocol was approved, giving the Committee on the Rights of Persons with Disabilities (CRPD) competence to examine individual complaints with regard to alleged violations by States parties to the Protocol. The CRPD is the body of independent experts that monitors implementation of the Convention. Turkey signed the Convention on March 30, 2007 and ratified it on September 28, 2009 without any reservations. The Optional Protocol was signed on September 28, 2009 and ratified on March 26, 2015. Upon doing so, it declared the ratification not amounting to recognition of the Greek Cypriot Administration’s representation of the Republic of Cyprus nor it implying any obligation thereto.

The Convention against Torture and Other Cruel, Inhuman, or Degrading Treatment or Punishment, also referred to as just the Convention against Torture, was adopted during the General Assembly session on December 10, 1984. On June 26, 1987 it was registered and thereby came into force. Its implementation is monitored by the Committee Against Torture(CAT), composed of ten individuals of various nationalities. All signatory states are obliged to send regular reports to the CAT, based on which recommendations are made. Turkey signed the Convention on January 25, 1988 and ratified it on August 2 of the same year. A reservation was submitted stating it does not consider itself bound to Article 30, paragraph 1 referring to disputes between States related to interpretation or application of the Convention. Additionally it declared to recognize the competencies of the Committee as prescribed under Articles 21 and 22.

The International Convention on the Protection of the Rights of All Migrant Workers and Members of their Families was approved by the General Assembly on December 18, 1990 and entered into force on July 1, 2003. Turkey signed the Convention on January 13, 1999 and ratified it on September 27, 2004. Five declarations were made. Regarding Article 15, disallowing for depriving of property and prescribes adequate compensation Turkey stated restrictions by appropriate Turkish laws are preserved. Reservation for Article 40, granting the right to form associations with no restrictions, is that Turkish Law on Trade Unions does not grant this law to non-Turkish citizens. Regarding Article 45, prescribing treatment of migrant workers’ families being equal to that of nationals, Turkey declared paragraphs 2, 3, and 4 will be implemented in accordance with Turkish legislation. The same declaration was made to Article 46, regarding exemption from import and export duties and taxes. It stated that the competencies of the Committee on Migrant Workers as described in Articles 76 and 77 will be recognized at a later time. To date this has not occurred.

Turkey signed the Convention on October 13, 1972 and ratified it on September 16, 2002. As part of its reservations, Turkey declared that provisions will only be implemented with those States Parties that diplomatic relations exist with, and solely on the territories where Turkish legislation, including the Constitution, apply. Lastly, it does not consider itself bound by Article 22, pertaining to inter-state dispute resulting from interpretation or implementation of the Convention, stating that all parties to the dispute are to expressly consent to intervention of the International Court of Justice.

The law recognizes total freedom of expression and the press, and Turkey has not been subject to pre-publication censorship since the early 1990s. Nevertheless, one can hardly speak of the freedom of the press as it is defined internationally. In the 1990s, dozens of journalists belonging to the radical Kurdish press were murdered, and many Kurdish or Turkish radical-left newspapers were banned. Although no newspapers were banned in Turkey in the 2010s, more than a hundred journalists accused of ‘terrorism’ were sentenced to prison in 2012. Two of them, Ahmet Şık and Nedim Şener, who were released in the spring of 2012, after being accused of complicity in terrorism, wrote about the activities of the religious community of Fethullah Gülen, accusing it of infiltrating the senior civil service, especially the Ministry of the Interior. 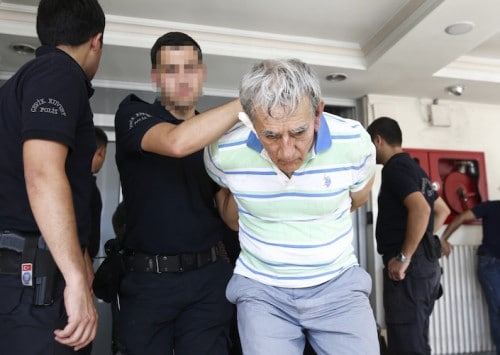 In Turkey, Victims and Victors are changing Places, raising Concerns about the Country’s Human Rights Situation
“Human rights in Turkey are in peril,” said John Dalhuisen, Amnesty International’s Director for Europe and Central Asia, only days after the failed coup on 15 July 2016. “The sheer number of arrests and suspensions is ala... 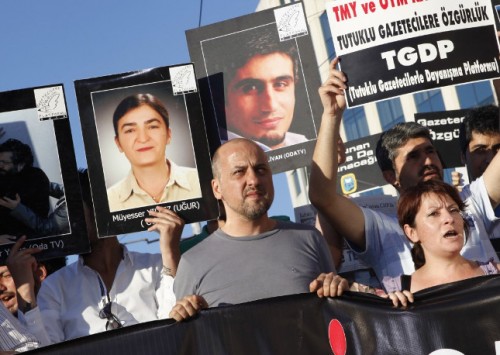 Turkey increases Pressure on the Media
Despite Erdogan's proclamation that Turkey has “the world’s freest press”, government pressure on the media has increased steadily and is expected to intensify further. 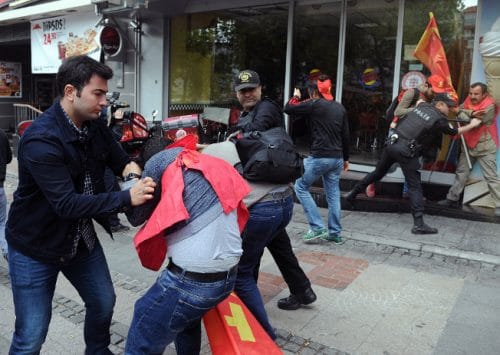 Human Rights and Wrongs in Turkey
Impunity for police abuses, even accusations of torture levelled at domestic security forces, is widespread. A stunning lack of accountability has been the legacy of the mass Gezi Park protests in 2013, with justice still lacking ... 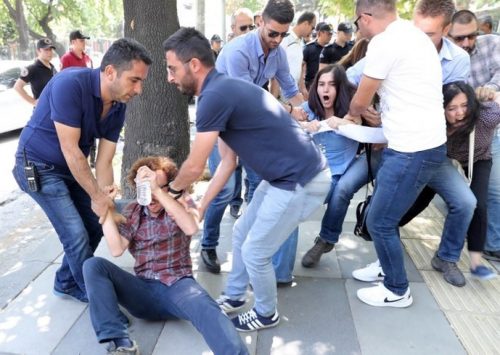 Human Rights in Turkey: A Lost Cause?
It is only now becoming apparent just how close the judiciary and prosecutor offices are to the presidential palace. The main opposition party, the CHP, has maintained that court rulings against politicians is simply an attempt to...

Turkey’s Gay Soldiers in the Crosshairs
Criticizing the lack of evidence for any arguments that gay soldiers affected military performance, Yildirim concluded by saying that the current law ‘neglects the human dignity of military persons with different sexual orientat... 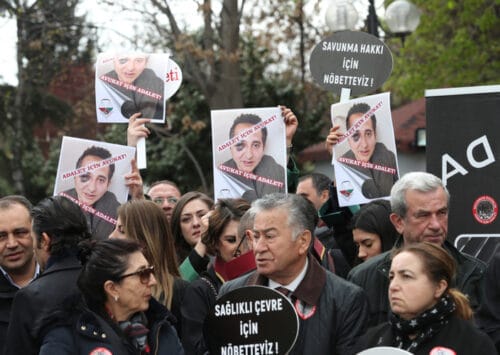 Human Rights in Turkey: A Tired Tune
Any discussion of Turkish human rights must mention the difficulties faced in cementing the rights of women and ethnic and sexual minorities. Femicide, violence against women and honour killings remain a stain on Turkish society a...