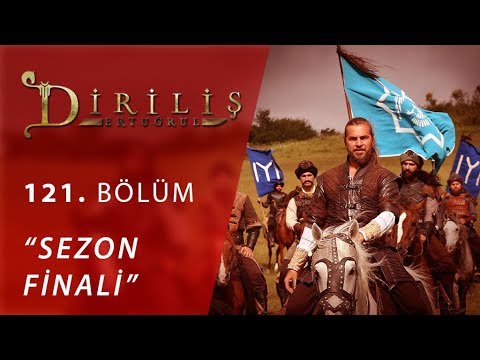 The four seasons of the series Dirilis: Ertugrul (‘Ressurrection: Ertugrul’), which first aired in late 2014, chart the life of Ertugrul Bey, the father of the founder of the Ottoman Empire, and the chain of events that set his tribe on a path to historical greatness.

The series plays into the current neo-Ottoman enthusiasm prevalent both in Turkish society and politics. This trend has been spearheaded by President Recep Tayyip Erdogan’s Justice and Development Party (AKP), which has used a rose-tinted nostalgia for Ottoman dominance of the region to fire up nationalism. The 2013 Gezi Park protests were sparked by plans to pave over one of central Istanbul’s few remaining green spaces with a replica of the Ottoman barracks that once stood on the site. The presidential palace that Erdogan commissioned was built in a distinctly neo-Ottoman style, and he is accompanied by an honour guard of Ottoman and other historical Turkish military characters at official events.

More broadly, the anniversary of Sultan Mehmed II’s conquest of Constantinople in 1453 is now accompanied by mass national celebrations and resembles an unofficial public holiday. At no time in the republic’s history has the Ottoman era been celebrated with such fervour. Earlier this year, Erdogan even warned the United States that he would give an “Ottoman slap” to whomever thwarted Turkish interests in Syria. The statement was met with rowdy enthusiasm by the Turkish media, now dominated by AKP-friendly journalists.

With narratives that have included Ottoman Turks battling Crusaders, Mongols and Christian Byzantines, Dirilis: Ertugrul plays into the heady nationalism of the Erdogan era, particularly as Ankara’s foreign policy has grown more aggressive rhetorically and militarily. In this sense, Dirilis: Ertugrul fits in well with the slew of TV action shows that have emerged since 2001, often charting Turkish battles against foreign infiltrators and terrorists, like Valley of the Wolves.

Dirilis: Ertugrul has also been a champion of ‘clean’ entertainment, which the government has used to trumpet the virtues of the Sunni Islam and social conservatism that has marked the AKP’s 15 years in power.

In distinct contrast, in The Magnificent Century, the romantic and sexual intrigues of the Ottoman court under Sultan Suleiman the Magnificent play a central role. The series charts the inner workings of the court, offering an intimate and untarnished dramatic history of Turkey’s imperial overlords.

Moreover, The Magnificent Century depicts characters that are revered in the neo-Ottomanism of Turkey’s Islamist AKP, Sultan Suleiman the Magnificent chief among them, in a distinctly non-Islamic light, revelling in sexuality, hedonism and alcohol. Suleiman’s rule marked the zenith of Ottoman power, when Constantinople’s influence extended from Budapest to the holy cities of present-day Saudi Arabia.

Turkish viewers were so angered by the programme that the national TV watchdog received thousands of complaints. In 2012, The New York Times likened the series to an ‘Ottoman-era Sex and the City’.

Dirilis: Ertugrul’s reach has been such that even Erdogan commented on it. Holding it up as a positive example of the role of TV to paint a valuable picture of national history both inside and outside the country, he said that he would be happy for his grandsons to take an interest in the series. In an apparent dig at The Magnificent Century, he preceded these comments by stating that he could not condone television “consuming and finishing” Turkish culture.

When the series met with critical resistance from Turkey’s arts community, Erdogan was again quick to leap to its defence. Praising it for giving a voice to the conservative masses, he quoted what he claims is a much-loved African proverb of his, “Until the lions start writing their own stories, their hunters will always be the heroes.”

Dirilis: Ertugul follows in the footsteps of a host of Turkish TV dramas that have captured the hearts and minds of audiences in the Middle East and Central Asia. While The Magnificent Century is by far the best-known and was a hit across the region, Turkish television has become an important and lucrative cultural export. Since 2002, nearly 150 Turkish series have sold to some 100 countries. In recent years, the annual export worth for Turkish TV rose to more than $300 million.

So potent a force have these series become that in March a major Saudi Arabia-owned satellite network, MBC, banned all Turkish soap operas. The move followed the release of the network’s Saudi owner from Saudi detention and has been largely viewed as an attempt to neuter Turkish soft power in the region.

The importance of these series inside Turkey should not be underestimated either. A 2015 study by the Turkish statistics office found that for 94.6 per cent of Turks, watching TV was their most frequent social activity. Another government body, the Radio and Television Supreme Council, found that Turks watch a staggering 5.5 hours of TV daily.

Television’s ability to reach the front rooms of so many Turkish homes makes it a uniquely powerful medium. In an age when a Turkish leader is once trying to reshape the national consciousness, Dirilis: Ertugrul offers an effective tool to stoke nationalist sentiment through a highly curated historical lens. The irony is that while the founder of modern Turkey, Mustafa Kemal Ataturk, used Western exports such as the wireless and Latin alphabet to coax Turkey away from the Ottoman Empire, Erdogan appears determined to use soap operas to thrust Turkey back towards it.