Human Rights in the UAE

UAE signed the Conventions on 10 May 1972, Additional Protocol I (Protection of Victims of International Armed Conflicts) and Additional Protocol II (Protection of Victims of Non-International Armed Conflicts) on March 9, 1983, and AP I Article 90 on March 6, 1992. Moreover, the UAE became signatory to the Convention for the Rights of the Child (CRC) on 3 January 1997.

The UAE had been member of the OIC since 1972, and ratified six of the eight fundamental ILO conventions, leaving the conventions related to freedom of association (C087) and collective bargaining (C098) not ratified.

The UAE is not party to the 1951 Convention, nor its Protocol.

The Convention on the Elimination of All Forms of Discrimination against Women – also called CEDAW, was approved during the General Assembly Session on 18 December, 1979 and entered into force on 3 September 1981. On October 6, 2004 the UAE confirmed its accession to CEDAW. Through “accession” a state accepts the offer or the opportunity to become a party to a treaty, which has already negotiated and signed by other states. It has the same legal effect as ratification. Countries that have ratified or acceded CEDAW are legally bound to put its provisions into practice, and thereby agree to submit national reports on measures taken to comply with its obligations. Such reports are to be compiled at least every four years.

Several reservations were made to the Convention, however. The UAE does not consider itself bound to Article 2 (f), demanding the taking of appropriate methods to abolish legislation, customs, and practices constituting discrimination against women – on the basis of it violating Sharia inheritance rules; Article 9, prescribing equality in nationality procedures – as the UAE regards this as an internal matter; Article 15 (2), according women legal capacities equal to those of men – considering it in conflict with the Sharia; . It will abide to the provisions of Article 16, eliminating discrimination in marriage and family relations – provided this is not in violation of Sharia principles. It views Article 29 (1), discussing dispute between states concerning interpretation or application of the Convention, as violating general principles of arbitration and therefore will not be bound to it. It is noteworthy that Article 29 (2) specifically allows for such a reservation.

The Convention on the Rights of Persons with Disabilities was approved during the General Assembly session on December 13, 2006 and came into force on May 3, 2008. Simultaneously, the Optional Protocol was approved, giving the Committee on the Rights of Persons with Disabilities (CRPD) competence to examine individual complaints with regard to alleged violations by States parties to the Protocol. The CRPD is the body of independent experts that monitors implementation of the Convention. The United Arab Emirates signed the Convention on February 8, 2008 and ratified it on March 19, 2010. No reservations were submitted, and on February 12, 2008 the UAE also signed the Optional Protocol.

The Convention against Torture and Other Cruel, Inhuman, or Degrading Treatment or Punishment, also referred to as just the Convention against Torture, was adopted during the General Assembly session on December 10, 1984. On June 26, 1987 it was registered and thereby came into force. Its implementation is monitored by the Committee Against Torture(CAT), composed of ten individuals of various nationalities. All signatory states are obliged to send regular reports to the CAT, based on which recommendations are made. The UAE accessed to the Convention on July 19, 2012 with reservations against the competence of the Committee as referred to in Article 20 – allowed for per Article 28; and not considering itself bound to Article 30-1, referring to disputes between States related to interpretation or application of the Convention, as allowed per paragraph 2 of the same Article. Additionally, it declared that sanctions prescribed in national law or pain or suffering related to those same sanctions do not fall under the concept of ‘torture’ as the term is defined in Article 1.

The International Convention on the Protection of the Rights of All Migrant Workers and Members of their Families was approved by the General Assembly on December 18, 1990 and entered into force on July 1, 2003. The UAE is not party to the Convention.

The UAE acceded to the Convention on June 20, 1974 with as declaration that its accession in no way signifies recognition of Israel or the establishment of treatise therewith. 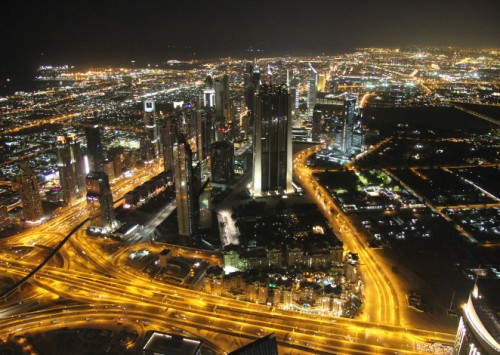 Gay Rights
Homosexuality is punishable by law in the UAE. The UAE government is, however, less aggressive than others in the region in cracking down on homosexuals. 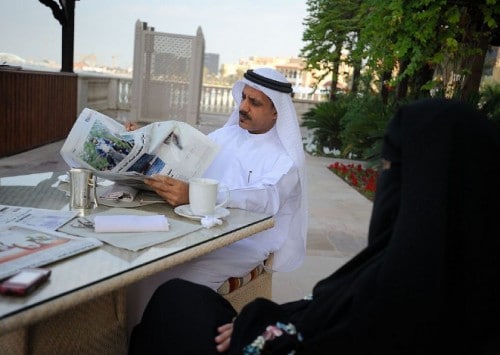 Press Freedom
Media outlets have only recently been privatized and still have close connections with the government, yet they are thriving businesses that rely on a robust advertising market. Restrictive media laws and informally accepted "red ... 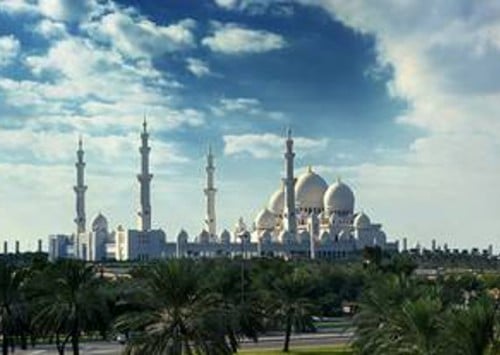 Religious Freedom
The government monitors religious groups, including Islamic groups. All Friday sermons are drafted and distributed to Sunni and Shiite imams by a special committee, and adherence to the scripted content is monitored. 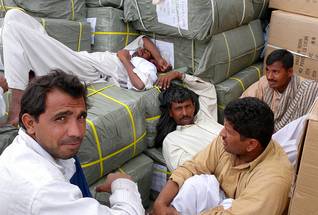 Position of Migrant Workers
Most of the human-rights violations in the UAE involve the large population of Asian migrant workers, mostly from India, Pakistan and Bangladesh, who suffer, at the hands of their employers and employment agencies, abuses includin...

Human Rights in the UAE – Modern Façade, Bleak Reality
In theory, human rights and personal liberties are protected in the United Arab Emirates. But behind the façade of the glimmering towers of Dubai, the perceived political stability and welfare, and the presence of prestigious int... 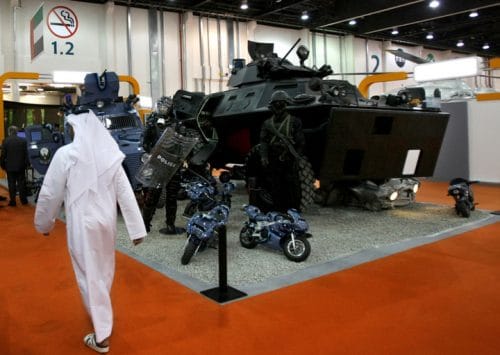 Freedom of Expression and Association Under Threat in the UAE
“Once the government witnessed the so-called Arab Spring, it got scared so it put all the defendants in jail, all the people reporting human rights violations. It’s a scandal, this country. All defendants should be released if...