Effects of the 2008 financial crisis 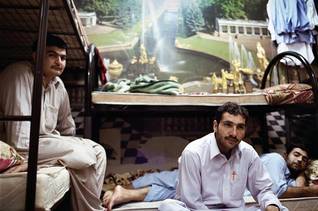 In its 2010 report on the human-rights situation in various countries, Human Rights Watch links the impact of the economic and financial crisis of 2008 on the UAE to a worsening human-rights situation: ‘The UAE’s human rights situation worsened, particularly for migrant workers, against the backdrop of a worsening economy. Some UAE citizens and foreigners jailed because of debt or accusations of corruption languished in jail for months without charge or after completing their sentences. Many female domestic workers were deprived of wages and food, and endured forced confinement and physical or sexual abuse. Authorities harassed human rights defenders and peaceful critics, sometimes with trumped-up criminal charges.’

The economic downturn seems to have brought further hardship for these most vulnerable groups. Tens of thousands of migrant labourers were asked to return to their home countries from the UAE. To avoid paying them compensation required in their contracts, some companies resorted to sending workers back to their home countries on unpaid ‘holiday’.